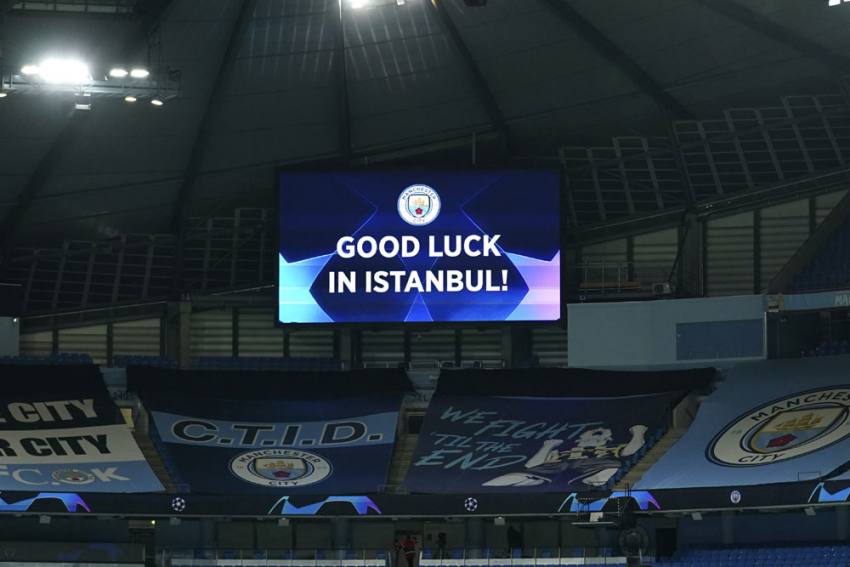 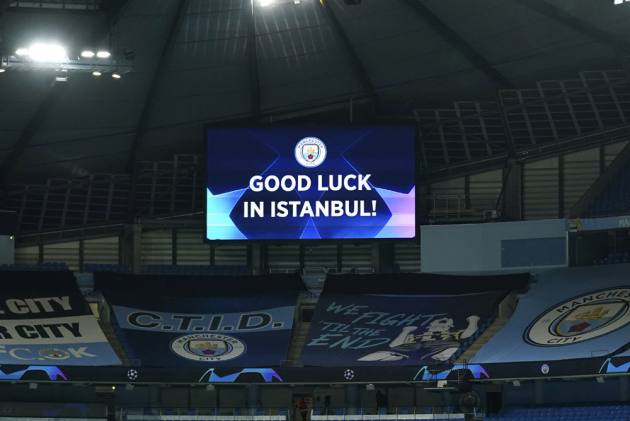 The club UEFA wanted banned from the Champions League before the season has gone all the way to the final. (More Football News)

Manchester City advanced this week to the biggest game in European club soccer and has a shot at repeating what another undesirable -- AC Milan -- pulled off 14 years ago.

Another portent for City when it faces Chelsea on May 29 in Istanbul could be that Milan won the 2007 final also against an English opponent, Liverpool.

Milan and City arrived at their finals 10 months after UEFA found it could not exclude the teams because of technicalities in its own rules.

City got a two-year ban from European competitions overturned last July partly because the Court of Arbitration for Sport ruled some evidence UEFA relied on to prove alleged financial wrongdoing was time-barred.

For Milan, a club official was implicated in the Calciopoli match-fixing scandal that rocked Italian soccer in the 2006 offseason after the club finished runner-up in Serie A.

The club lost and then regained a Champions League place when a points deduction by Italian authorities was reduced on appeal. Then, UEFA found itself helpless to act within its existing rules when the Italian soccer federation formally entered Milan, adjusted to third in Serie A, in the Champions League qualifying rounds.

A UEFA emergency panel chaired by then-president Lennart Johansson met in August 2006. It decided there was “no choice but to admit AC Milan … because of an insufficient legal basis in the regulations which would allow not admitting AC Milan under specific circumstances.”

Maldini previously said “it has been a bitter summer, because the credibility of football in general and Milan in particular have been called into question.”

Platini later acknowledged he had been opposed to UEFA letting Milan in that season.

“This is all the more reason,” Platini told Italian daily Gazzetta dello Sport in the 2008 offseason, “why I do not support the admission of a club like Porto, involved this year in corruption.”

Porto was another club that UEFA — by now under Platini's leadership — wanted to expel but could not.

Porto was reprieved because UEFA could not act ahead of appeals in Portugal being resolved in the so-called Golden Whistle case. The team fell short of the final, losing in the quarterfinals to Manchester United.

UEFA did eventually succeed in banning clubs from the Champions League and Europa League for links to match-fixing or breaking the Financial Fair Play rules. They monitor income and spending of clubs which qualify for its competitions.

Expected targets of FFP were City and Paris Saint-Germain, fast-rising clubs backed by sovereign wealth from Abu Dhabi and Qatar, respectively. Both had 20 million euros ($24 million) of their Champions League prize money deducted in 2014.

When internal documents and emails were hacked from City officials and published in November 2018 by German magazine Der Spiegel, UEFA investigated the reported claims of evading rules and misleading FFP investigators.

A landmark CAS ruling annuled the ban because UEFA's evidence either did not prove the case or expired according to FFP rules. City was fined 10 million euros ($12 million) for its lack of cooperation.

“We know people talk about it. But it doesn't give us any more satisfaction,” City coach Pep Guardiola said of the legal case last July.

“The satisfaction comes from on the pitch because we qualified for the Champions League.”

Now Guardiola has City within one game of being European champion for the first time.

Champions League finals are elusive for seven-time European champion Milan and two-time winner Porto. Neither has been beyond the quarterfinals since the seasons they escaped UEFA's legal tackles.