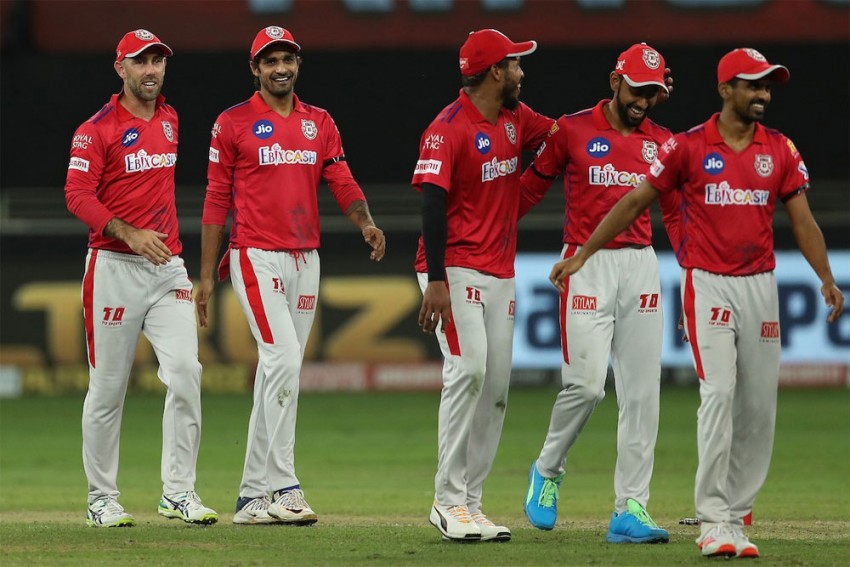 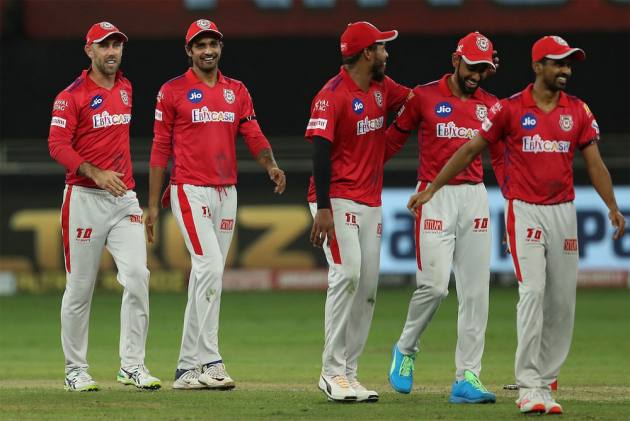 Kings XI Punjab (KXIP) kept their Indian Premier League (IPL) 2020 playoff hopes alive by winning a fourth successive match after Arshdeep Singh and Chris Jordan triggered a batting collapse for Sunrisers Hyderabad (SRH) in Dubai on Saturday. Asked to bat first, Punjab could manage only 126/7, but it proved just about enough as KL Rahul marshaled his squad brilliantly to register the lowest successful defense this season. The win helped Punjab climb to fifth place in the points table. They now have 10 points from 11 matches (five wins and six defeats).  Hyderabad are sixth with eight points from an equal number of matches (four wins and seven defeats). Catch highlights here. (SCORECARD | POINTS TABLE | SCHEDULE)

11:43 PM IST: That's four wins on the trot for Punjab and the lowest total defended this season.

11:41 PM IST: Arshdeep Singh produced an impressive last over to help Kings XI Punjab beat by 12 runs. He got the wickets of Sandeep Sharma and Priyam Garg off successive deliveries, then a direct hit sent the last man Khaleel Ahmed packing.

10:19 PM IST: Manish Pandey's new man. Paul Reiffel in focus again after three balls as KL Rahul once again review for  LBW. This time the umpire was right. Wickets missing. BTW, ball grazed the back of Warner's bat... That probably exonerated the umpire. Tough one. Five runs from the over. Hyderabad 57/1 (7); Jonny Bairstow 19, Mayank Agarwal 1. Target 127.

9:01 PM IST: T Natarajan on with his third over. And dry run continued. Not a single boundary after the seventh over. Six runs from the over. Punjab 94/5 (16); Nicholas Pooran 10, Chris Jordan 3.

All the KXIP team members wore black armbands on their sleeves to pay tribute to the demise of teammate Mandeep Singh's father. 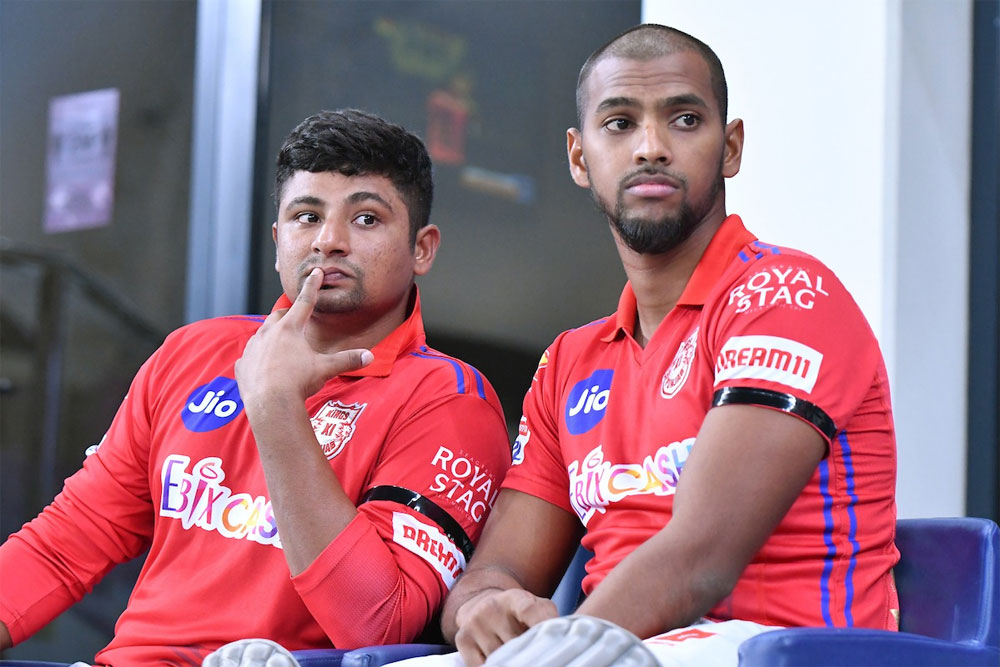 8:18 PM IST: Brilliant over from Rashid Khan. A single off the third ball as Chris Gayle played towards square leg. Just before that David Warner wasted a review, asking for a LBW against Universe Boss, at the insistence of the bowler. Wrong line, and denied. Punjab 61/1 (9); KL Rahul 25, Chris Gayle 18.

8:09 PM IST: David Warner introduced Rashid Khan, but a rude welcome for the Afghan from Chris Gayle. Hit for a six over cow corner off the fifth ball. Before that three singles. Punjab 56/1 (7); KL Rahul 23, Chris Gayle 15.

7:53 PM IST: Khaleel Ahmed with his second over. Leaked 11 runs as KL Rahul hit the fourth ball for a four, into the cow corner. Then, Mandeep Singh played a lofted shot off the last ball for a double. Half chance for David Warner. Punjab 24/0 (4); KL Rahul 13, Mandeep Singh 11.

7:08 PM IST: One change for Hyderabad. Khaleel in for Nadeem. Two changes for Punjab. Agarwal and Neesham out, Mandeep and Jordan in.

The first-leg clash between Kings XI Punjab and Sunrisers Hyderabad ended in a 69-run win for SRH. The venue was Dubai and Sunrisers Hyderabad, batting first, scored 201 runs for six wickets. Jonny Bairstow missed a well-deserved century by three runs but it was the England wicket-keeper-batsman's 160-run opening wicket stand with skipper David Warner (52) that took the match away from Kings XI Punjab.

KXIP have a more settled look now. That is evident from the way they have been winning their recent games. The inclusion of Chris Gayle has definitely added muscle to the top order where skipper KL Rahul and Mayank Agarwal have played leading roles in almost every game. Pooran has also proved his mettle and it was the West Indian's good work (53 off 28 balls) that saw KXIP surprise Delhi Capitals in Dubai on Tuesday.

SRH have some good news. Manish Pandey and Vijay Shankar came good in a 140-run third wicket stand against  Rajasthan Royals on Thursday to give some much-needed middle order boost to the SRH batting that has been dependent on David Warner and Jonny Bairstow. In many ways, the KXIP vs SRH match could be won or lost by the middle-orders. Jason Holder's inclusion in the SRH XI also proved to be  good move.