Home  »  Website  »  Sports  »  Kobe Bryant: NBA Legend's Remarkable Career In Facts And Figures One Year On From His Death

Kobe Bryant: NBA Legend's Remarkable Career In Facts And Figures One Year On From His Death

One year on from the death of Kobe Bryant, we look at a basketball superstar whose career achievements highlight his greatness. 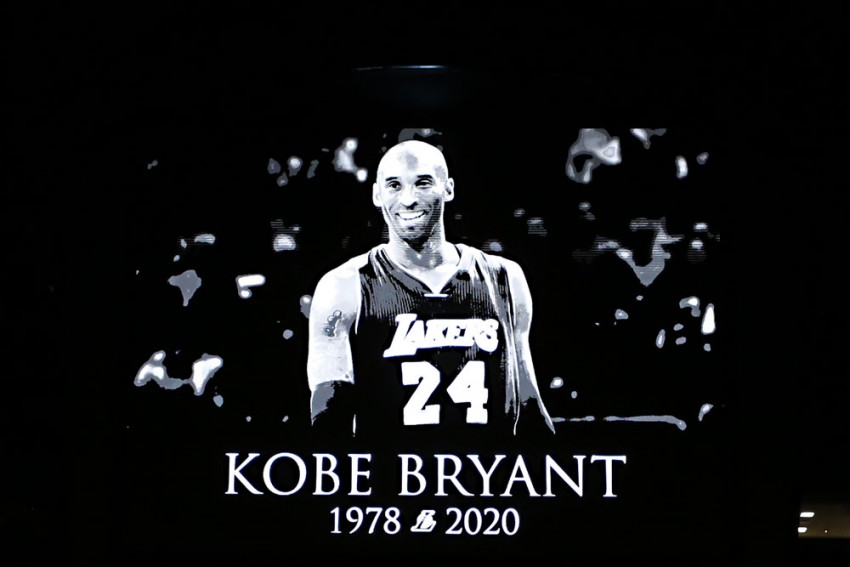 A tribute to Kobe Bryant was shown on the screen before the start of an NBA basketball game between the Orlando Magic and the Los Angeles Clippers in Orlando, Fla. on Sunday, Jan. 26, 2020.
AP Photo
Omnisport 2021-01-27T14:06:42+05:30 Kobe Bryant: NBA Legend's Remarkable Career In Facts And Figures One Year On From His Death

Kobe Bryant was a man whose influence reached far further than the basketball court, though his extraordinary numbers in the NBA are what made him such a legendary figure. (More Sports News)

The Los Angeles Lakers hero was tragically killed in a helicopter crash at the age of 41 on this day in 2020.

It was an event which led to an outpouring of tributes for one of the all-time greats.

"I don't think any of us will ever forget that day," Golden State Warriors coach Steve Kerr said, reflecting on when his team were starting a practice as the tragic news broke.

"A lot of guys dropped to the floor and started crying. Nothing happened for 10 minutes. We all just sat there in silence. It was one of the worst moments of all our lives."

Bryant's list of achievements over a 20-year career with the Lakers are the stuff of legend and his numbers stack up against the best to have played the game.

Here we take a look at Bryant's scarcely believable statistics with the help of Stats Perform data.

18 - Bryant was a fixture in the NBA All-Star team, named to that side in 1998 and then each year from 2000 to 2016, the year that he retired. Those 18 appearances put him second on the all-time list, with Kareem Abdul-Jabbar playing in 19 of the games.

81 - On January 22, 2006, Bryant scored 81 points in a 122-104 victory over the Toronto Raptors at Staples Center. That is the second highest individual score in an NBA game, behind Wilt Chamberlain's 100 for the Philadelphia Warriors against the New York Knicks in 1962.

2 - Bryant's success was not limited to NBA action either. He won Olympic gold medals with the United States in 2008 and 2012.

1 - He won an Oscar too, after his playing career ended, landing the Best Animated Short Film prize at the 2018 Academy Awards for Dear Basketball.