Juventus made it nine wins in 10 home Serie A matches against Napoli thanks to goals from Cristiano Ronaldo and Paulo Dybala. 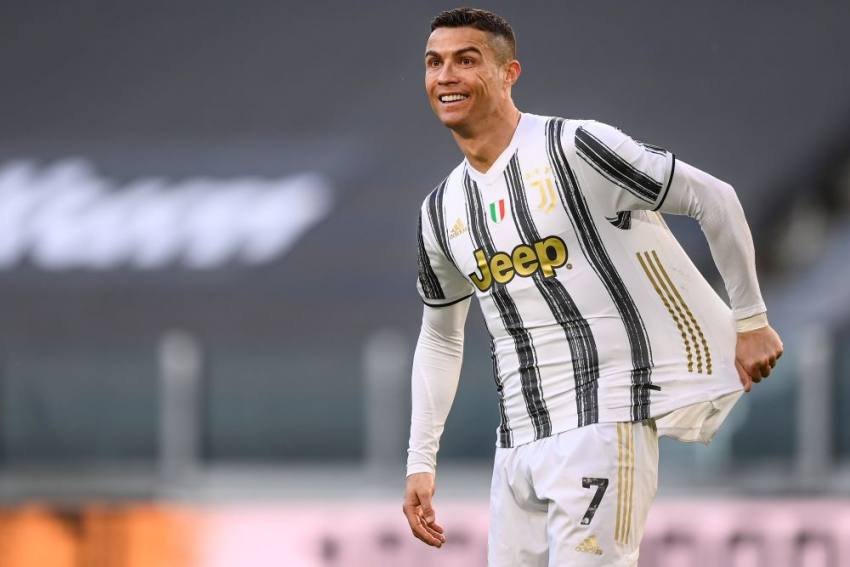 Juventus' Cristiano Ronaldo shows the referee how he was fouled during the Italian Serie A match against Napoli at the Allianz Stadium in Turin, Italy on Wednesday.
Fabio Ferrari/LaPresse via AP
Omnisport 2021-04-08T09:03:59+05:30 Juventus 2-1 Napoli: Cristiano Ronaldo And Paulo Dybala Restore Winning Ways In Serie A 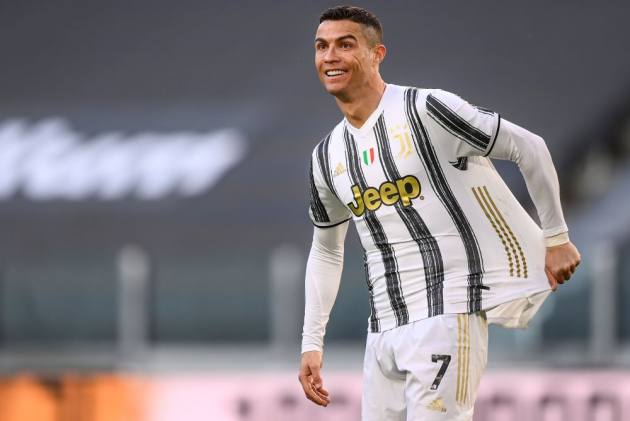 Juventus returned to winning ways in Serie A with a 2-1 defeat of Napoli at the Allianz Stadium on Wednesday. (More Football News)

After a shock defeat to Benevento ended their run of seven consecutive home league wins, the champions responded in impressive style to record a ninth victory in 10 home league games against Napoli.

Cristiano Ronaldo dispatched a cross from the excellent Federico Chiesa to put Juve ahead with his fourth goal in his past six appearances against the Partenopei.

Gianluigi Buffon made a handful of solid saves to preserve Juve's lead before substitute Paulo Dybala fired in an expert second to make the points safe, with Lorenzo Insigne's late penalty counting for little.

1 - Paulo Dybala has scored a goal as a substitute in Serie A for the first time since March 2020, against Inter. Hare.#JuventusNapoli pic.twitter.com/ZGzcmhvnF2

Ronaldo missed a clear chance to head in the opener before finding his mark with aplomb 13 minutes in, steering home a low right-footed finish after Chiesa had twisted superbly into space down the right wing.

Chiesa and Juan Cuadrado were causing real problems for Gennaro Gattuso's side, the latter stinging the palms of Alex Meret after a promising run.

The visitors offered little first-half threat of their own, although Insigne did have Buffon scrambling with a shot from the edge of the box that whistled wide.

Buffon was busier after the restart, denying Giovanni Di Lorenzo and then Insigne from either side of the six-yard box as Napoli pushed forward for an equaliser.

Fabian Ruiz was denied by the Juve veteran from another hopeful attempt, and Napoli heads dropped further 17 minutes from time when Dybala swept a stylish low finish past Meret from the edge of the box – his first goal since January 3.

Insigne at last beat Buffon with an emphatic penalty after Giorgio Chiellini bundled over Victor Osimhen, but it proved too little too late for the visitors.

What does it mean? Andrea Pirlo restores pride but Inter remain clear

Juve are still third but just a point behind Milan, who drew with 10-man Sampdoria last weekend.

However, with Inter 12 points ahead at the top, Juve's hopes of making it 10 consecutive league titles are beginning to look slim indeed.

Napoli stay fifth but are only two points behind Atalanta in fourth.

Chiesa was the liveliest player on the pitch and Juve's most persistent source for attacking threat, even after his superb assist for Ronaldo.

While he completed the fewest passes (15) of any starting Juve player, his runs with and without the ball caused chaos and he should have had the chance to score a simple finish from Alvaro Morata's fast break.

Morata was guilty more than once of getting into the right position in attack only to make the wrong call with the ball at his feet.

While he did manage to create two chances in his 69 minutes on the pitch, he missed both of his attempts at goal and made a mess of a three-on-one counter-attack.

- Juventus have won nine of their last 10 home games against Napoli in Serie A (L1), with an aggregate score of 23-8 in the process.
- Napoli have lost a Serie A match for the first time since last February against Atalanta (4-2), with five wins and one draw since then.
- Giorgio Chiellini became the first outfield player to reach 250 Serie A victories since 2004-05.
- Lorenzo Insigne has joined Diego Maradona (81 goals) at fourth place Napoli's top scorers in Serie A.
- Juventus have won eight of their last nine home games in Serie A (L1), scoring 22 goals and conceding five in the process.

Juve host Genoa on Sunday, with Napoli next in action away to Sampdoria.