Chennaiyin FC went through to the Indian Super League (ISL) final 6-5 on aggregate, thanks to their 4-1 victory at home against FC Goa in the first leg 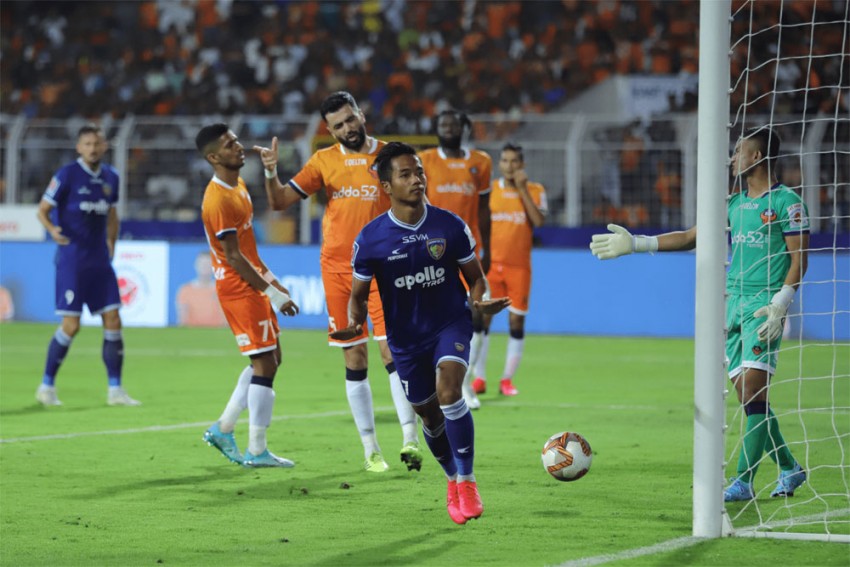 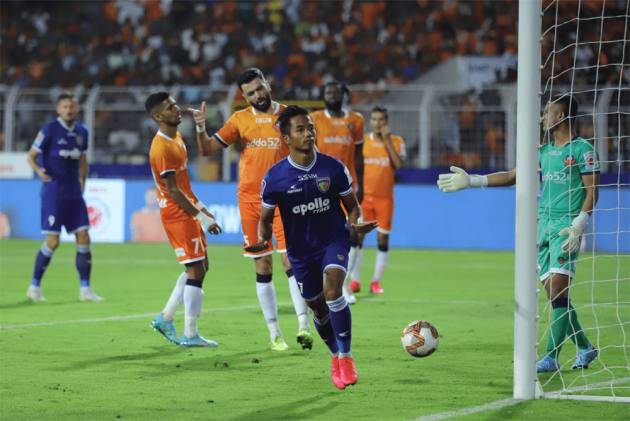 Two-time champions Chennaiyin FC booked their place in the final of the Indian Super League despite a 2-4 loss to a spirited FC Goa in the second leg of their semifinal at the Jawaharlal Nehru Stadium at Margao on Saturday. (More Football News)

Chennaiyin went through to the final 6-5 on aggregate, thanks to their 4-1 victory at home in the first leg.

FC Goa were dominant through the first half wherein Lucian Goian's (10th) own goal and Mourtada Fall's (21st) header gave the home side hopes of a comeback in the tie.

However, goals from Lallianzuala Chhangte (52nd) and Nerijus Valskis (59th) after the restart handed the initiative back to Chennaiyin FC. Though Edu Bedia (81st) and Fall (83rd) raised hopes of another comeback, Chennaiyin saw the game out in the end.

As expected, the home side came out all guns blazing, chasing a three-goal deficit from the first leg. The Gaurs were boosted by the return of Hugo Boumous and Brandon Fernandes from injuries but the first goal of the match came from an unlikely source.

FC Goa launched one attack after another right from the start and a good cross from the right flank by Jackichand Singh in the 10th minute undid the visitors' defence. Lucian Goian met the cross at the near post and accidentally headed the ball into his own net.

With the deadlock broken, the home side took full control of the midfield and Chennaiyin struggled to string more than a few passes together.

FC Goa's dream start was made even better when Brandon delivered a terrific cross into the centre of the box from the right-hand side. Mourtada Fall timed his leap to perfection and guided his header past Vishal Kaith and made it 2-0.

The home side were dominant throughout but were dealt a blow when Boumous picked up an injury midway through the first half. He was replaced by Edu Bedia but the change didn't affect the dynamics of the game.

FC Goa started the second half just as they ended the first. Jackichand was at the end of a glorious chance to net FC Goa's third goal when Seriton's cross from the right flank was cushioned into the path of the India winger by Corominas. The former Kerala Blasters forward scuffed his shot from close range and Kaith let out a huge sigh of relief.

The miss soon came back to bite the Gaurs as Chennaiyin scored against the run of play. Rafael Crivellaro received the ball on the left, cut in and unleashed a powerful shot towards the goal. Mohammad Nawaz parried the effort straight into the path of Chhangte who pushed the ball into the net and stunned the home crowd.

The defence let FC Goa down again close to the hour mark. Crivellaro sent an inswinging corner into the box and Nerijus Valskis, who was left unmarked, headed in to make it two away goals for Chennaiyin.

Goa nearly turned the game around after the 80th minute. Fall got the ball on the left and his deflected cut-back fell perfectly for Edu Bedia inside the box who slotted into the net.

Two minutes later, the defence failed to clear a long ball into the box and the keeper failed to punch it clear. Fall was alert to the opportunity and headed the loose ball into the net to set up a tense end to the game.

FC Goa needed two more goals to secure a win but it turned out to be too much to ask for in the last few minutes.