With both sides playing for the sixth spot in ISL 2020-21, Jamshedpur FC came out on top against Bengaluru 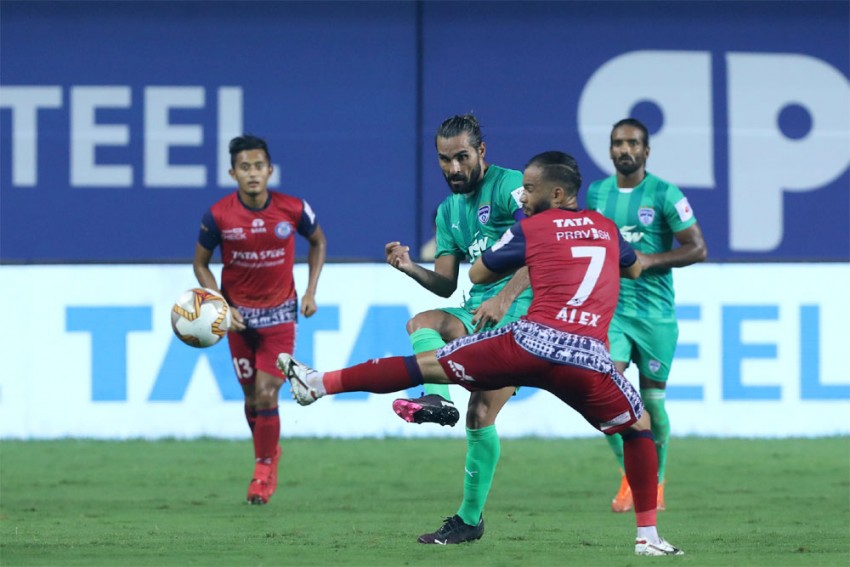 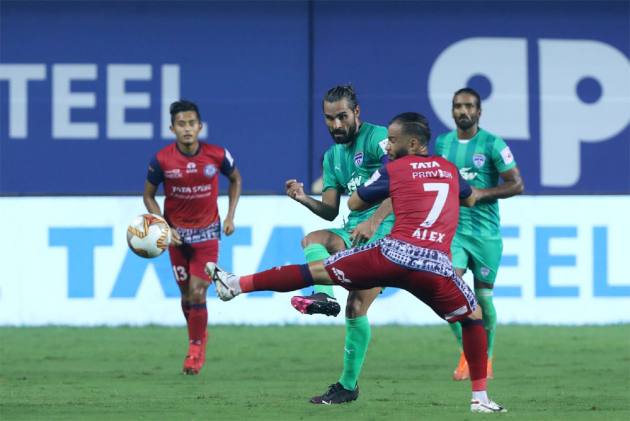 It was a thrilling game of two halves but Jamshedpur FC came out on top as they survived a second-half onslaught to beat Bengaluru FC 3-2 in their last Indian Super League (ISL) game at the Tilak Maidan Stadium, Vasco in Goa on Thursday. (More Football News)

With both sides playing for the sixth spot, JFC held on to the win despite a spirited second-half show from Bengaluru, who finished seventh.

Goals from Stephen Eze (16'), Seiminlen Doungel (34') and David Grande (41') put JFC up at the break before Bengaluru responded through goals from Francisco Gonzalez (62') and Sunil Chhetri (71').

Jamshedpur were all over Bengaluru in the opening half. They constantly caused problems for Bengaluru's inexperienced defence and raced to a 3-0 lead at the break — their first-ever in ISL history.

Bengaluru's defence had been culpable of starting poorly — only Odisha have conceded more goals in the first half this season — and the Blues crumbled under pressure, yet again.

Eze, who scored the winner in the reverse fixture, opened the scoring for JFC through a free-kick. The defender converted Aitor Monroy's cross at the far post after Bengaluru keeper Lalthuammawia Ralte failed to clear his lines.

Winter signing Doungel soon joined the party, netting his maiden goal for JFC and also the season's first. Farukh Choudhary squared the ball to Doungel, who skipped past his marker before drilling his shot at the far corner from an acute angle.

JFC continued their ruthlessness in front of the goal and found the net once again from a set-piece just before the closure of the first half. Monroy whipped a teasing cross in the box for the unmarked Grande, who nodded home past Ralte with ease.

Bengaluru made two changes at the break — with Gonzalez and Erik Paartalu coming on. Those substitutions would prove handy as Naushad Moosa's side dominated the second half.

They received a way back as Gonzalez cut short their deficit with a strong finish. JFC's defence failed to deal with Parag Shrivas' throw-in and the Spaniard pounced on the loose ball, burying his header into the net.

There was more to come from BFC and it was their talisman, Chhetri, who pulled another back with a landmark 100th goal. Harmanjot Khabra delivered a powerful cross in the box for Chhetri, who got ahead of Eze and scored a thumping header.

JFC's defence held firm in the dying minutes as they completed the double over their opponents.