A slew of court judgements have allowed fantasy cricket platform Dream11 to operate with impunity. All eyes on a new SLP in Supreme Court now

Dream11, the largest fantasy sports operator in India, replaced Chinese mobile company Vivo as the title sponsors of Indian Premier League (IPL) 2020. Dream11, which receives funding from Chinese company Tencent, is a major ally of the Indian Cricket Board (BCCI) and at least six of the eight IPL franchises.

The latest SLP against Dream11 has been filed by social activist and financial consultant Avinash Mehrotra. His 200-page petition says the Rajasthan High Court dismissed a PIL filed by Chandresh Sankhla on the basis of orders passed by the High Courts of Bombay, and Punjab and Haryana, that said fantasy sports are “games of skill and do not amount to gambling.” Mehrotra’s SLP wants the Supreme Court, which stayed in March a 2019 Bombay High Court Order in favour of Dream11, to be examined in depth.

It may be pertinent to note that on Thursday, the Andhra Pradesh government approved an amendment Bill to the Andhra Gaming Act, 1974. The Bill, if passed by both Houses, will mean online games like rummy and poker that involve money transactions, will be illegal in the state. The YS Jagan Mohan Reddy government argued that these online games are leading to “unhealthy tendencies” in the society and pushing the youth on to a wrong path.

Among others, the Andhra Pradesh government’s decision was welcomed by Raj Kundra, the husband of actress Shilpa Shetty. Kundra once owned stakes in Rajasthan Royals, who won the IPL in its inaugural year, 2008. Royals and Chennai Super Kings were banished from the IPL for corruption in the 2013 edition of the tournament.

ALSO READ: BCCI 'Hoodwinked' Everyone By Roping In Dream11 - CAIT

“My stand on this is Real Money Gaming (RMG) needs to be regulated otherwise everyone and anyone can create a company overnight using the archaic game of skill rules. It’s difficult to work in a country that has separate rules per state! One Rule One India,” Kundra said in a Twitter post.

My stand on this is RMG needs to be regulated otherwise everyone and anyone can create a company overnight using the archaic game of skill rules. It’s difficult to work in a country that has separate rules per state! One Rule One India ðÂÂÂÂÂÂÂÂÂÂÂÂÂÂÂÂÂÂ #regulation https://t.co/uvSogS0f4K

Mehrotra’s SLP is aimed at seeking clarity on regulations governing fantasy sports. He told Outlook, “Online gaming and gambling, where real money is involved, is a risk to society, and leads to hard earned money being lost by a lot of people. This has serious social consequences, and should not be permitted till such time proper regulations are brought into force.”

Apart from being caught in the quagmire of “skill vs chance,” Dream11 has also been charged by a powerful trader’s body for ‘hoodwinking’ the government of no less than INR 2200 crores in indirect taxes (GST). An SLP filed by the Maharashtra government late in 2019 forced a Supreme Court bench, headed by Chief Justice of India Sharad Bobde, to stay the Bombay High Court order that had essentially given the fantasy sports operator a free run to operate across leagues. 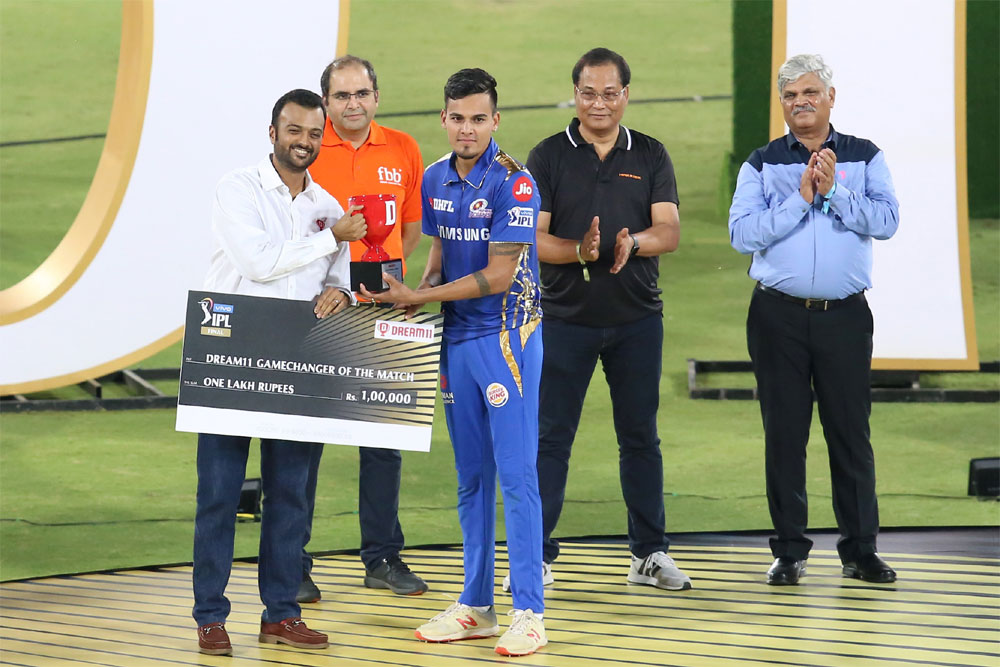 Dream11 has used the IPL platform largely for marketing its brand and has been extremely successful. Photo - BCCI

India has evolved rapidly in the IT sector and seen an Internet boom since the turn of the century, but the laws governing online gaming remain fuzzy, incompatible with the digital revolution and therefore gullible to indiscriminate interpretation. The Public Gaming Act of 1867 remains the foundation of all Acts and Laws that govern things like gambling and betting in India. Broadly, anything that involves money and is “predominantly a game of chance” is punishable. So the best way for operators was to win court judgements that endorsed things like fantasy sports and horse racing as “predominantly a game of skill.”

Although it was rummy that was the first to win a Supreme Court sticker of legitimacy in its favour way back in 1968, the Internet didn’t exist then and a pay-to-play online operation involving millions of subscribers was never envisioned. Between 1996 and 2017, there have been a few cases in High Courts “seeking declaration” on games like poker, housey and blackjack, but apart from giving some general protection to those who played these games privately in clubs or at social gatherings, the judiciary has been rather indecisive.

In this climate of uncertainty, Dream11 managed to win two High Court verdicts in its favour. The speed with which Justice Amit Rawal of Punjab and Haryana High Court dismissed a writ petition filed by advocate Varun Gumber in April 2017 was startling. It dismissed Gumber’s petition saying that fantasy sports does not fall under gambling as it involves substantial skills. The order, allege lawyers in the know of things, was a “cut and paste” of the reply given by Dream11.

Two years later, Gurdeep Singh Sachar’s criminal public litigation in Bombay High Court was more serious in nature. It not only wanted the court to declare fantasy as a game of chance but that Dream11 was liable to pay GST at 28% instead of 18% that it had been paying since its operations began in 2012.

A division Bench of Justice Bharati H Dangre and Ranjit More speedily dismissed the petition without even waiting for the government of Maharashtra and Union government to file their replies. Interestingly, Justice Rawal and Justice More are “in exile” after issues of integrity were raised against them. Industry insiders also allege that these petitions and the swift disposal of cases could be part of a Machiavellian gameplan.

Mehrotra’s SLP could come up for hearing next week. His petition, unlike previous ones, is stuffed with literature that argues why fantasy sports fall in the realm of gambling. In the courts, it’s virtually been one-way traffic for Dream11 so far. All eyes will be on Supreme Court once again as the online gaming industry, a more than 6,000 crore and growing business, begs for regulations that are clear and unambiguous.