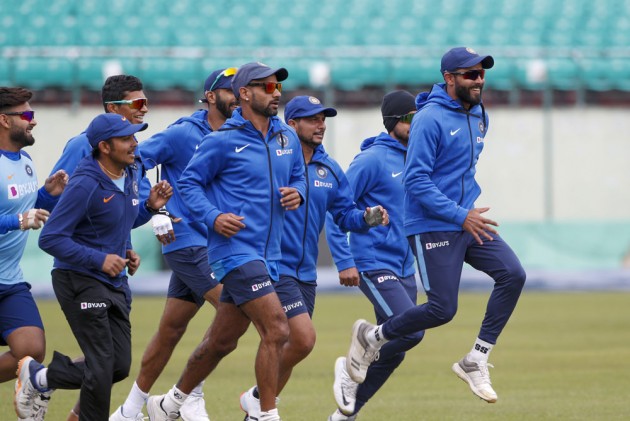 The top Indian cricketers are unlikely to have a national camp at Motera prior to the Indian Premier League (IPL), taking into account their health and safety amid a surge in COVID-19 cases in the country.

There is a high possibility that all the centrally contracted cricketers, save Cheteshwar Pujara and Hanuma Vihari (who don't feature in IPL), will be joining their respective IPL teams training camp in Dubai from the start.

While BCCI Apex Council had zeroed in on the state-of-the-art Motera Stadium for the conditioning camp, the Gujarat Cricket Association (GCA) is yet to get any formal intimation from the BCCI.

"There were media reports that camp will start from August 18 and go on till September 4 but we have no formal intimation from the BCCI till now," a GCA official told PTI on conditions of anonymity.

It is learnt that there has been discussions on the issue that players travelling multi-city -- from their homes to Ahmedabad and then Dubai -- can expose themselves to more health risk in this present scenario and it's only fitting that camp is put on hold for the time being.

"In any case, where is the logic of doing a red ball camp before IPL when they are playing a completely different format," a senior IPL franchise official said.

It might well be that a jumbo Indian squad might start their training in earnest after IPL once they reach Australia.

The only interesting part might be what's in store for Pujara and Vihari -- whether they continue their individual nets in their respective cities or BCCI arranges any special session for them.