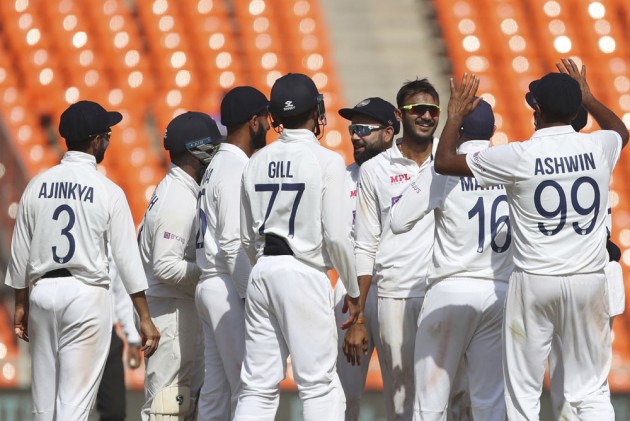 India on Saturday finished on top of the league phase of the ICC World Test Championship standings after crushing England by an innings and 25 runs in the fourth and final Test in Ahmedabad to pocket the series 3-1.

"That victory against England means India finish the league phase of the inaugural ICC World Test Championship with a fine view from the top of the table," the ICC tweeted.

A confused England batting line-up struggled against Axar Patel and Ravichandran Ashwin as India made it to the inaugural World Test Championship final.

India finished the league phase with 520 points, which includes 12 wins, four loses and one draw.

In the ICC World Test Championship final scheduled to be held at the iconic Lord's in June this year, India will face New Zealand.

New Zealand finished in the second spot with 420 points, including seven wins and four loses.

Australia finished third with 332 points ahead of England and Pakistan.