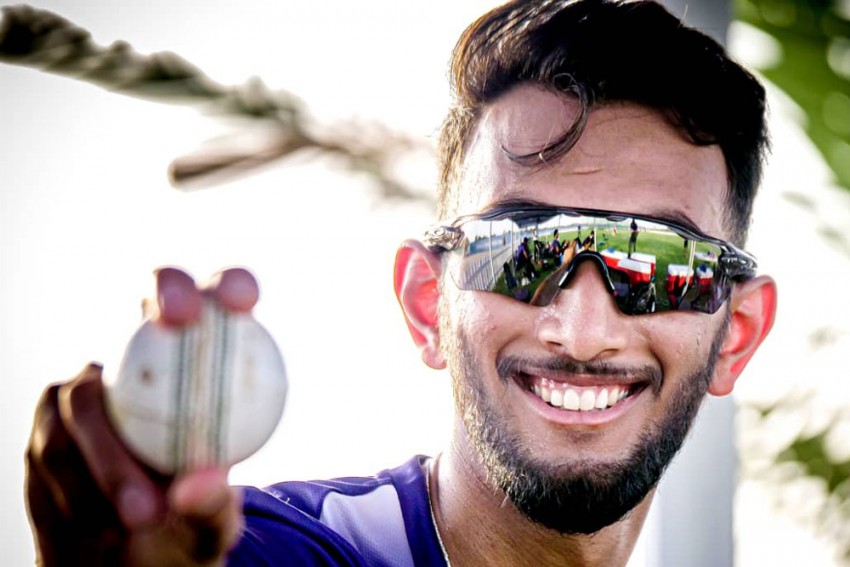 Kolkata Knight Riders pacer Prasidh Krishna, who on Friday was named as a standby player for the England tour,  has tested positive for COVID-19 and is in quarantine in his home town Bengaluru, a BCCI source said on Saturday. (More Cricket News)

The 25-year-old Krishna is the fourth KKR player to have contracted the dreaded virus.

"Prasidh is COVID positive and currently in home isolation in Bengaluru," a BCCI source told PTI.

Varun Chakravarthy, Sandeep Warrier and Tim Seifert are the other KKR players, who tested positive earlier.

According to the BCCI source, both Krishna and Warrier contracted the virus from Chakravarthy during one of the training sessions. He said Krishna is Chakravarthy's close friend.

"Prasidh like all India players left bubble on May 3 after getting two negative results. However on reaching Bengaluru he tested positive," the source said.

The BCCI is hoping that by the time the UK-bound players enter the bio-bubble in India on May 25, Krishna will test negative.

New Zealand's wicketkeeper-batsman Seifert is also in isolation in Ahmedabad from where he will go to Chennai for treatment at a private hospital.

Seifert failed both his pre-departure RT-PCR tests and "is experiencing moderate symptoms."

The IPL was postponed indefinitely after the virus breached the bio-bubble and infected a number of players and support staff members.