In the Durand Cup semifinals, East Bengal will face South Indian side Gokulam Kerala. Meanwhile, Real Kashmir will hope to continue their fine form when they take on Mohun Bagan. 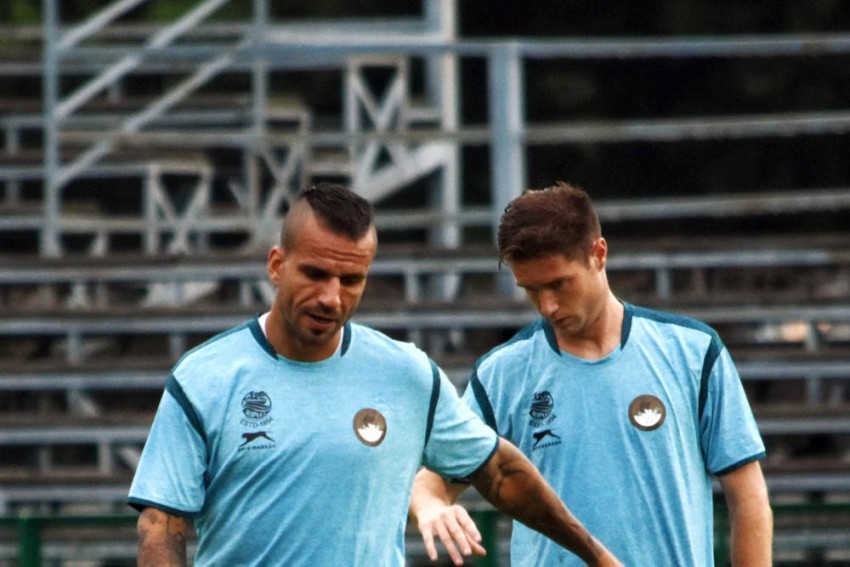 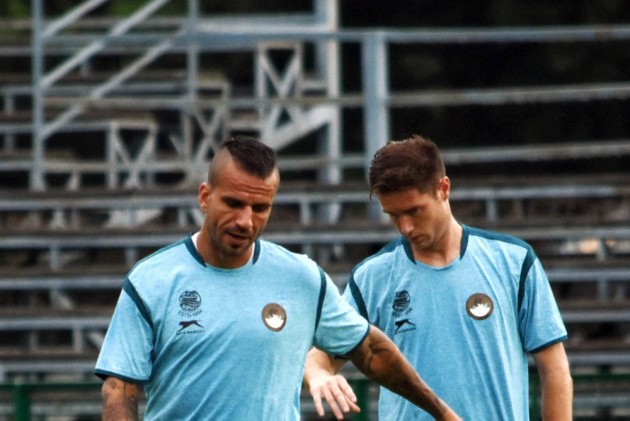 Mohun Bagan and East Bengal will enter as favourites but the limelight will be on Real Kashmir in the semifinals of the 129th Durand Cup here on Wednesday (August 21).

East Bengal will take on Gokulam Kerala followed by Real Kashmir's clash with Mohun Bagan in the double-header at the Salt Lake Stadium.

The summit clash is slated for Saturday.

Seven months after they had beaten them 2-1 in an impressive debut season in the I-League, Real Kashmir will be meeting the Mariners at the same venue.

The Snow Leopards, who finished third in their debut I-League season, did not have a pre-season back home due to the restrictions in the valley following the revocation of the state's special status.

The Real Kashmir players were cut off from their family due to the communication clampdown in the valley.

Still, the David Richardson-coached 29-member contingent, with five players from Kashmir and one from Jammu, kept its date with the Durand Cup.

They had one practice session before their season-opener against reigning I-League champions Chennai City FC, who had come with a reserve side.

"Real Kashmir is all about being against the odds and coming up trumps. We play with heart and soul," coach Robertson said.

"A lot of players had come from long journeys from Africa, Europe and wherever... Regardless of whom you play against, to do that and on the first day or the second day of seeing each other is an incredible achievement."

Their situation was aptly summed up by Chennai City FC coach Akbar Nawas who drew a parallel with war-ravaged Iraq's Asian Cup triumph in 2007.

"If you remember Iraq won the Asian Cup by having similar circumstances. So that means when you have such circumstances, it might motivate you," Nawas had said after their 0-1 loss.

While their star striker Danish Farooq has been reliable up front, it's their defence that has stood out.

Their 21-year-old goalkeeper from Sikkim, Phurba Lachenpa, has stood tall under the bar and is yet to concede a goal in three matches.

But their real big test will be when they take on the 16-time champions Mohun Bagan, a Spanish-flavoured side coached by Kibu Vicuna.

The Mariners have recruited four Spaniards with Salva Chamorro spearheading the attack, while Francisco Gonzalez and Joseba Beitia will be in charge of the midfield, with Morante holding the backline.

While Mohun Bagan effortlessly entered the semifinals with three wins in a row, they have been winless from two matches in the Calcutta Football League Premier Division A, where they are the defending champions.

"I've not seen Mohun Bagan play this time but got an idea. It will be different from last season," the Scot coach said.

In the first semifinal of the day, East Bengal will be hot favourites against Gokulam Kerala, even as the Malabarians have been in rampaging form having scored the maximum goals -- 11 from three matches.

Of them, eight have been scored by Marcus Joseph, including two hat-tricks.

"The morale of the group is very high. We are ready for the challenge. I'm proud of my effort but not just me, everyone has contributed to our success," Joseph said.

Joseph, however, is not under pressure to perform against the fancied city heavyweights, who finished runners-up in the I-League.

"I don't see East Bengal as a big threat. It does not mean I don't respect them, they are good side but it depends on who does well in the match."

East Bengal looked patchy in their outing against Bengaluru FC who took a lead before Bidyasaghar Singh came off the bench to score a brace and powered them to a 2-1 win on way to the semifinals.

The young Bengaluru forward line-up continuously exploited East Bengal defence, and apart from Borja Gomez Perez, others had a hard time stopping them.

The defence will have to rethink their plan against the Kerala outfit boasting Joseph.

Duleep Trophy: Another Day Washed Out As Blue-Green Opener Ends In Draw