Gokulam Kerala FC emerged as Group D toppers, and will meet East Bengal in the first semifinal, while Mohun Bagan will lock horns with Real Kashmir FC in the second last-four match of the Durand Cup 2019 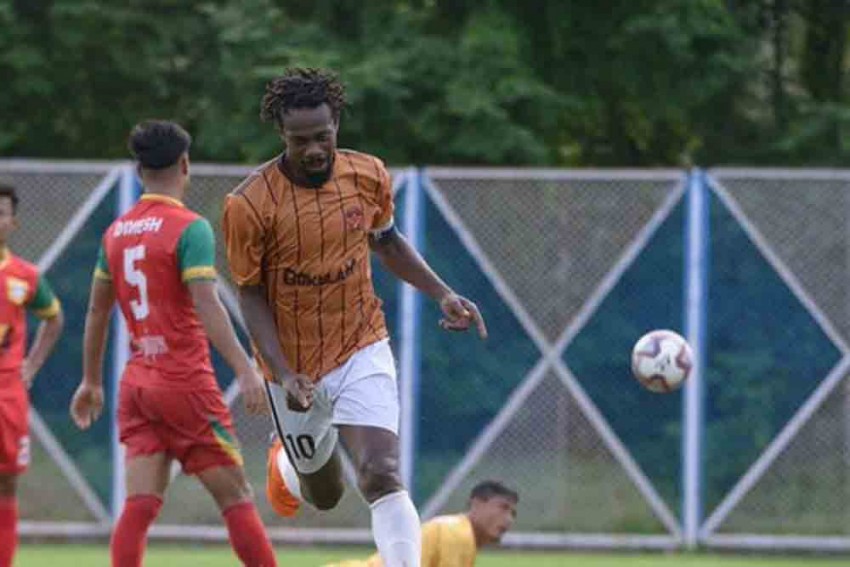 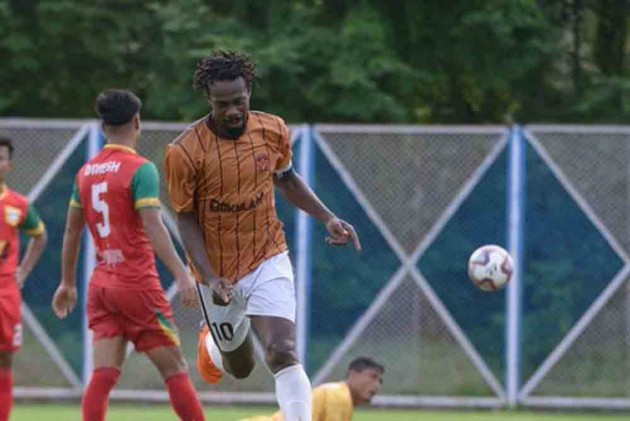 Marcus Joseph continued his scoring spree in the 129th Durand Cup with another hat-trick as Gokulam Kerala FC defeated a 10-man TRAU FC 4-1 to qualify for the semifinals at Kolkata on Sunday. (Football News)

Joseph struck in the 59th, 64th and 83rd minutes with the second one coming through a penalty in Gokulam's final Group D match.

The lone goal from the I-League debutants from Manipur came off the boots of M Roger in the 88th minute, also through a penalty.

Gokulam emerged as the group toppers by winning all their three matches.

Gokulam will face Quess East Bengal in the first semifinal, while Mohun Bagan will lock horns with Real Kashmir FC in the second last-four match at the Saltlake Stadium on August 21.

Gokulam's breakthrough came when TRAU FC goalie Gurpreet Singh was shown red card following an incident outside the penalty box in the 41st minute of the match, thus reducing the I-League debutants to 10 men.

The red card turned the momentum of the match and Gokulam were able to capitalise it to their advantage after a lull start.

Gokulam captain Joseph drew the first blood as he scored from a superb pass by Bruno Pellisary, who was subbed in few minutes ago.

It was just the start of Joseph's rampage as Gokulam was soon awarded a penalty for fouling him. The captain made no mistake as he gave a two-goal cushion to his side.

His fellow countryman Andre Ettienne of Trinidad and Tobago extended Gokulam's lead with a perfect header off a corner.

Joseph scored another superb goal after Rahul KP found him unmarked inside the box in the 83rd minute.

That was his eighth goal from three matches in the tournament.

However, Gokulam were not able to keep a clean sheet as TRAU were awarded an injury-time penalty and Roger M made no mistake, but the strike came too late for the Manipur side.

The other match from Group D saw Chennaiyin FC play out a goalless draw against Air Force at the Mohun Bagan ground.

Army Green struck early in the 11th minute when skipper Lallawmkima netted a goal to give his team an early lead.

But they could not hold Chennai City FC for too long as just a couple of minutes before half-time skipper Mashoor Sheriff scored the equaliser.

Chennai City FC scored the second goal of the match when Shem Eugene netted home after coming on to the field as a substitute.