Croatia Vs Scotland, Live Streaming: When And Where To Watch UEFA European Championship, Group D Match

Scotland will be looking to give its fans something to really cheer when they take on Croatia. Check team details, match details and likely XIs here 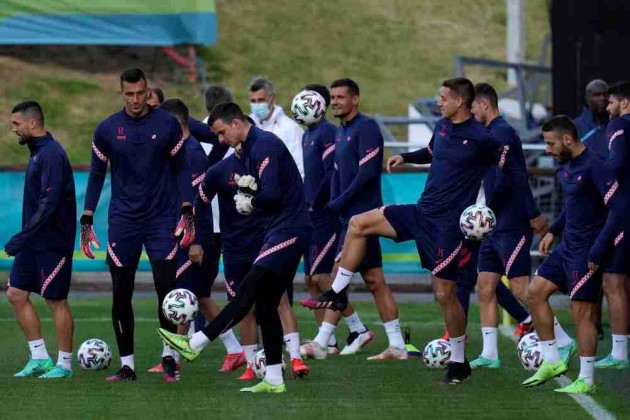 More than the home team Scotland, the focus of this tie will be on Croatia. Croatia’s performance has been sub-par a 1-0 loss to England was followed by a 1-1 draw against Czech Republic. Scotland Profile | Croatia Profile | News

Now they come up against hosts Scotland in a must win match. Scotland are coming off a draw against England wherein they managed to hold their much fancied opponents to a goalless draw.

Playing in from of their home crowd at Hampden Park, Glasgow, Scotland can prove to a difficult customer.

Croatia can still qualify as the third placed team but a win will  surely boost their confidence.

Croatia have been dark horses ever since a superlative performance at the 1998 World Cup.

The team will be relying on 36-year-old Luka Modric to provide inspiration. Croatia still have good players plying trade for some of the best European clubs.

Mateo Kovacic plays for Chelsea, while Marcelo Brozovic ply’s for Inter Milan. Simo Vrsaljko is with La Liga champions Atletico Madrid, while Ante Rebic and Ivan Perisic  are in Serie A playing for AC Milan and Inter, respectively.

Croatia will hope to qualify for the next stage, while Scotland will seek a last hurray before their home crowd.

Head-to-Head: Scotland have won both the times these two teams have met.