The last gold medal-winning Indian football skipper, an Olympian and a distinguished first-class cricket captain, who finds a mention in Sir Gary Sobers' memoir, Subimal Goswami or 'Chuni da' was the stuff of which sporting dreams are made 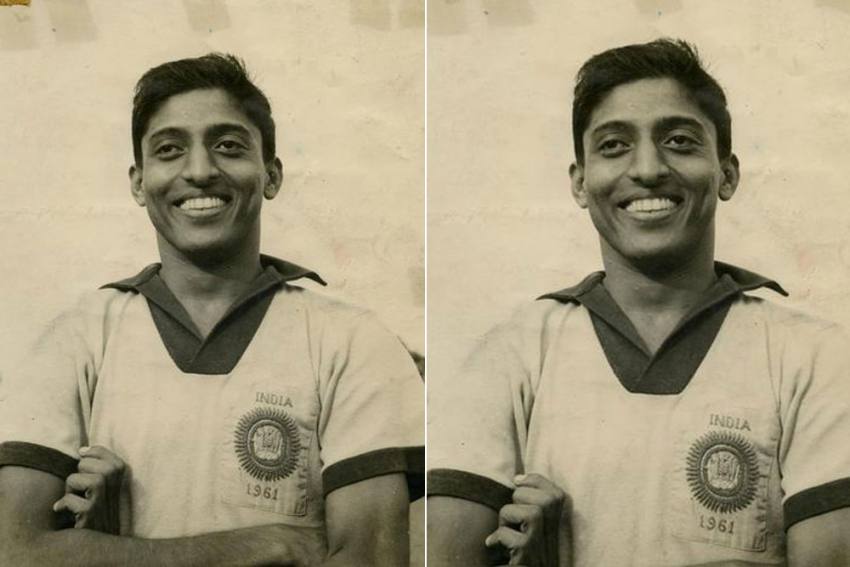 Chuni Goswami was in a league of his own -- peerless -- and lived a life that will always be celebrated for being one of India's greatest.
Courtesy: Twitter
PTI 2020-04-30T20:36:29+05:30 Chuni Goswami Obituary: Indian Football's First Poster Boy, And Complete Athlete 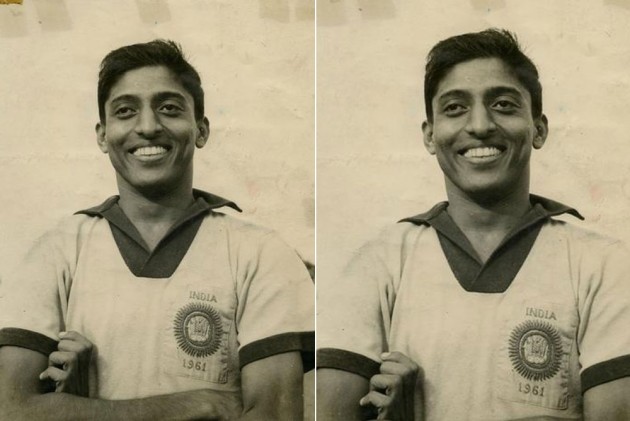 Chuni Goswami was everything that any sportsperson would aspire to be. (More Football News)

But only a few can claim to be blessed with the natural all-round talent which placed him among the pantheons of India's biggest sporting icons.

A strapping six-footer with a lithe body, the last gold medal-winning Indian football skipper, an Olympian and a distinguished first-class cricket captain, who finds a mention in Sir Gary Sobers' memoir, Subimal Goswami or 'Chuni da' for everyone from seven to 70 was the stuff of which sporting dreams are made.

If PK Banerjee was for the masses, then Goswami belonged to the classes.

A Calcutta University 'Blue' (those who played both cricket and football), Goswami was an antithesis to common perception about Indian sportsperson and their rags to riches story.

In fact, he was quite the opposite. He was born in an upper-middle-class family and stayed all his life in South Kolkata's affluent Jodhpur Park, had university education, was articulate and if one digs into the history of Indian football, probably its greatest all-round footballer.

He was a centre forward (or right-in in the 1960s) but had an immaculate positioning sense.

His dodging was at a different level -- both outside and inside -- and he had the ability to shock the opposition with sudden sprints from the edge of the 18-yard box.

He played in the hole behind Tulsidas Balaram, who was the forward. In the times when there was no concept of 'false 9' in football, Goswami was played in that role by the late SA Rahim.

"My friend Chuni had everything. Shooting, dribbling, powerful head, sprint and positional sense," late PK Banerjee had said many a times on various forums.

The complement from another legend was the biggest he could have got.

They were an inseparable on-field pair yet so different from each other.

With his good looks and charm, Goswami was a crowd-puller in Mumbai during Rovers Cup for Mohun Bagan, a club which meant everything to him till his last day.

He joined it as a gangly 16-year-old and remained a Mariner forever.

Such was his devotion that he played club cricket for Mohun Bagan and knew no other side.

Legend has it that when Goswami announced his international retirement in 196 in Mumbai, two special fans met him and requested him to change his decision.

The two gentlemen in question were Dilip Kumar and Pran -- the two Bollywood icons who would not miss a match at the Cooperage if Goswami was playing.

It was his greatness that he quit football at 30 and then pursued his other passion -- cricket. And captained Bengal to the Ranji final in 1972.

Eminent journalist late Pradeep Vijaykar had once chronicled how Goswami would enthrall the Brabourne Stadium crowd by juggling a cricket ball during breaks of that Ranji final.

He took a match haul of eight wickets for combined zonal team against Gary Sobers' West Indies team during a tour match in 1967.

During that match, Goswami back-pedalled 25 yards to take a catch that earned plaudits from Sobers, who termed it as exceptional from a cricketer from sub-continent.

"Sobers didn't know I was an international footballer. Back-pedalling 25 yards is no big deal," Goswami would jokingly tell friends.

He never coached at the club or country level even though he was late Russi Modi's first choice to become director of Indian football's biggest nursery -- the Tata Academy (TFA).

He became Sheriff of Kolkata, wrote insightful columns on Indian football for a vernacular daily, enjoyed his veterans tennis at the South Club and loved his scotch.

He was in a league of his own -- peerless -- and lived a life that will always be celebrated for being one of India's greatest.