Glenn Maxwell nailed the 'Helicopter Shot,' made famous by Indian legend MS Dhoni, during the first T20I match between Australia and Sri Lanka at Adelaide on Sunday 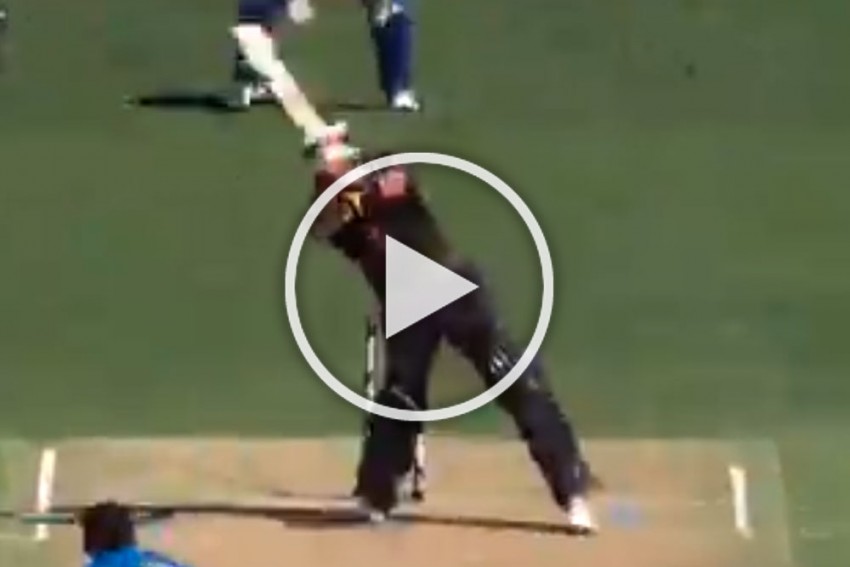 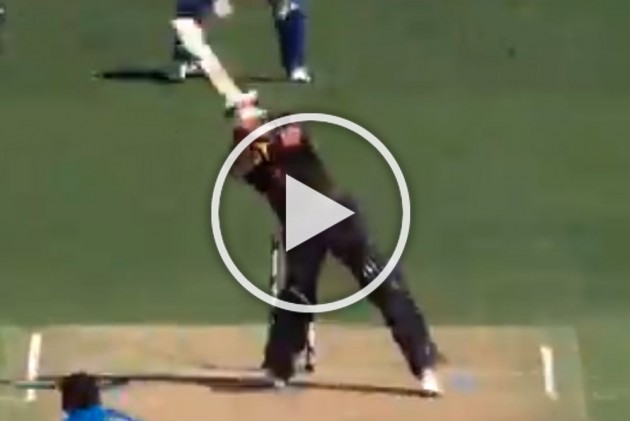 Not many have mastered the art of playing the 'Helicopter Shot,' but Glen Maxwell executed one on Sunday during Australia's 134-run win over Sri Lanka in the first T20I match at Adelaide.

Maxwell scored 62 of mere 28 balls with the help of seven fours and three sixes, and the highlight of his whirlwind knock was the unbelievable six off the last ball the 18th over, bowled by Kasun Rajitha.

Sri Lankan pacer missed the yorker and Maxwell picked the ball and swung it MS Dhoni style. And the result, a mighty six over deep mid-wicket for his third six of the innings. With that Rajitha conceded 75 runs without success in four overs for an unwanted record of most expensive figures in a T20I.

Maxwell brings out the helicopter! Consecutive sixes for the Australia's No.3!

Two balls earlier, the 31-year-old reached his fifty with a six in just 22 deliveries. Promoted to number three, he was involved in a 107-run stand with David Warner, who himself scored a brilliant century (100 off 56, 10x4s and 4x4s) to leave behind the worries of Ashes disappointment.

AUS Vs SL, 1st T20I: How On Earth! Superb Glenn Maxwell Predicts Run Out Well Before Fielding The Ball - WATCH