AUS Vs SL, 1st T20I: How On Earth! Superb Glenn Maxwell Predicts Run Out Well Before Fielding The Ball - WATCH

Glenn Maxwell first hit 62 off just 28 balls, then produced a stunning fielding effort to run Wanindu Hasaranga out in Australia's 134-run win over Sri Lanka in the first T20I match at Adelaide on Sunday 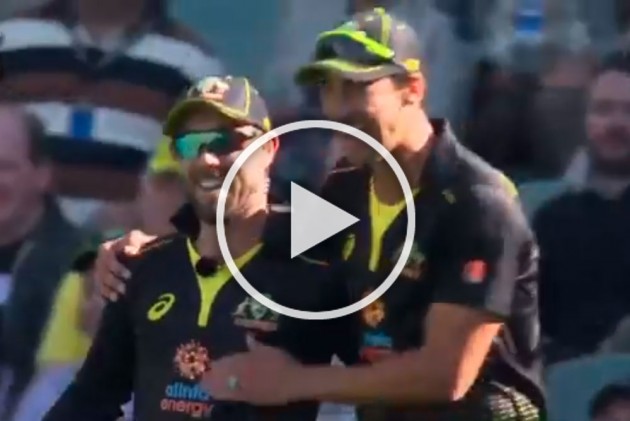 Australian all-rounder Glenn Maxwell is known as a maverick cricketer, doing his own things and often getting the slack for recklessness. But on Sunday, during the first T20I match against visiting Sri Lanka at Adelaide, Maxwell proved his worth with all-round performance.

The 31-year-old first hit 62 off just 28 balls with the help of seven fours and three sixes, then produced a stunning fielding effort to run Wanindu Hasaranga out, which of course was one of the standout moments of the match.

In the 14th over of the Sri Lankan innings, Hasaranga hit the last ball over extra cover, bowled by Ashton Agar. After completing the first run, Hasaranga and Dasun Shanaka opted to take the second run even as Maxwell picked up the ball and returned the ball at the striker's end with a rocket throw. Alex Carey just needed to whip the bails off before a diving Hasaranga made his ground.

Here's the interesting part. A mic'd up Maxwell was caught saying "run out" while running towards the ball and he nailed it. Watch the footage here:

The mic'd up Maxwell called it!