David Warner slammed a century, powering Australia to a massive win over Sri Lanka in the first match of their three-match T20I series. 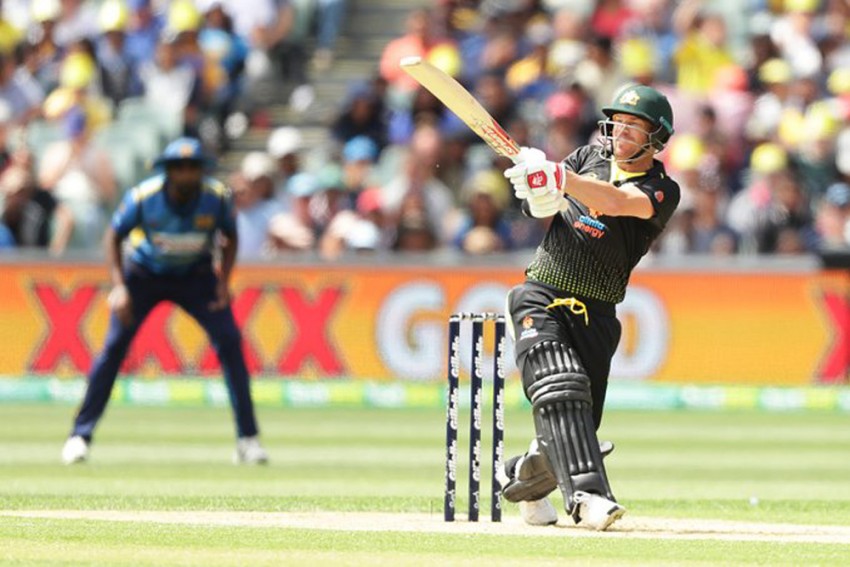 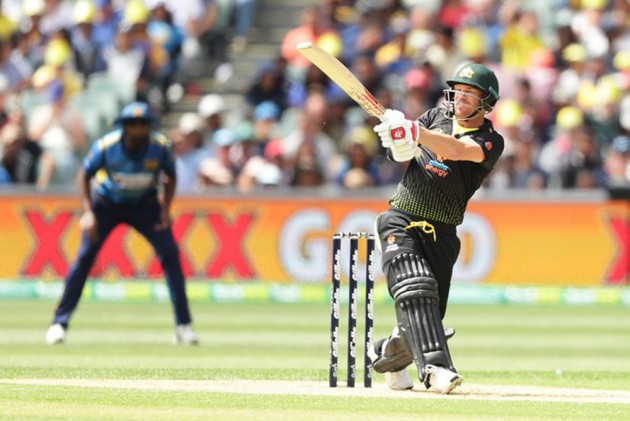 David Warner emphatically bounced back to form with a first-ever Twenty20 century as Australia crushed Sri Lanka by 134 runs in their opening match of the series in Adelaide on Sunday.

Birthday boy Warner clubbed an unbeaten 100 as he powered Australia to a massive 233 for two, aided by century stands with skipper Aaron Finch and Glenn Maxwell.

Sri Lanka limped to 99 for nine from their 20 overs in a meek response, with leg-spinner Adam Zampa capturing three for 14.

Coming off a dismal Ashes campaign in England and low scores in the new domestic season, Warner plundered his ton off 56 balls with four sixes and 10 fours.

The left-handed opener scored just 95 runs in 10 innings for Australia's Ashes retention, but once he got set Sunday he pounded the Sri Lankan bowlers with belligerence, and reached his hundred off the last ball of the innings.

The ton on his 33rd birthday was complemented by blistering half-centuries from Finch and Maxwell, as the Australians ripped into the Sri Lankan bowlers -- with Kasun Rajitha's 0-75 off four overs proving the most expensive figures in a T20 international.

"It's great to come out and play on nice true wickets," man-of-the-match Warner said as he left the arena.

"The tone was set by Finchy. I tried to go on and be there at the end. I'd like to think we have enough runs."

Sri Lanka were always struggling in reply, with Pat Cummins on a hat-trick after dismissing Danushka Gunathilaka (11) and Bhanuka Rajapaksa (2) with successive deliveries in his opening over.

Dasun Shanaka top scored with 17 and wicketkeeper Kusal Perera hit 16 before he was bowled by Mitchell Starc.

Skipper Lasith Malinga was still there at the end with an unbeaten 13.

"Lovely start to the summer. The boys were fantastic, Warner and Finchy were superb," Starc said.

"The bowling too was clinical, a bit of work to do in the fielding, but a great performance all in all."

Finch bludgeoned three sixes and eight fours in Australia's innings before holing out to Kusal Mendis at deep mid-wicket off left-arm spinner Lakshan Sandakan for 64 off 36 balls.

The Aussie skipper shared in a free-hitting opening stand of 122 with Warner and looked in ominous scoring form before he top-edged the leg-spinner in the 11th over.

Maxwell showcased a wide range of improvised shot-making for his 62 off just 28 balls, studded with three sixes and seven fours.

He partnered Warner in a 107-run stand and was dismissed, caught behind off Dasun Shanaka in the final over of the innings.

It was Australia's highest T20 total at home since their 221 against England in Sydney in 2007.

Australia face the Sri Lankans in Brisbane and Melbourne before Pakistan arrive for T20s in Sydney, Canberra and Perth as they prepare to host the T20 World Cup next October.