Patel Rap Gets Parshottam Into Cabinet

Parshottam Rupala, who makes it to the Union council of ministers, is a hardcore partyman 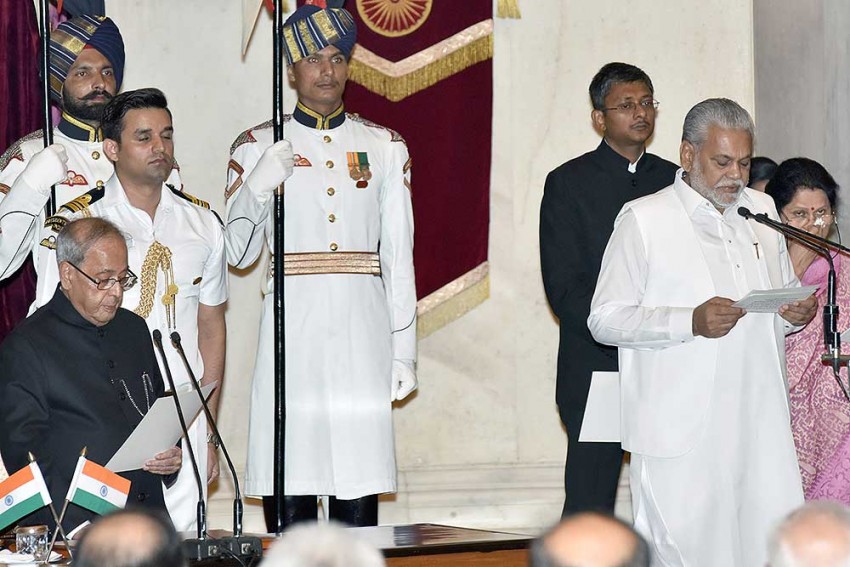 President, Pranab Mukherjee administering the oath as Minister of State to Parshottam Rupala, at a Swearing-in Ceremony, at Rashtrapati Bhawan, in New Delhi.
Photograph by: pib.nic.in
R.K. Misra 2016-07-05T13:50:39+05:30 Patel Rap Gets Parshottam Into Cabinet 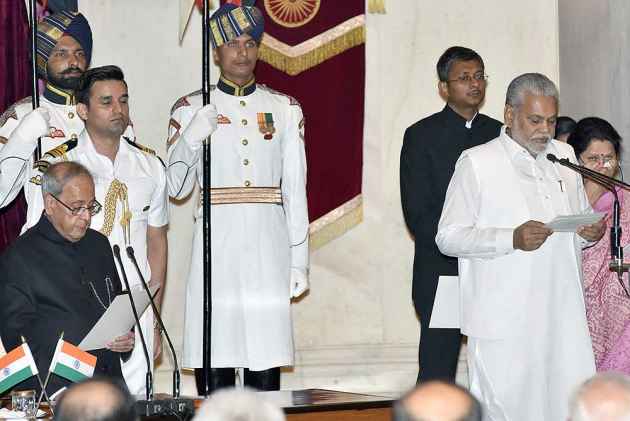 Parshottam Rupala, who makes it to the Union council of ministers, is a hardcore partyman who owes his Cabinet induction to the exigencies of electoral politics.With Assembly elections due in Gujarat in 2017, the induction of Rupala, a Kadva Patel, is seen as part of Prime Minister Narendra Modi’s efforts to assuage the hurt feelings of a community, which is showing clear signs of turning away from the ruling BJP in Gujarat.

Rupala, 62, hails from Amreli district in Gujarat’s Saurashtra region and has risen from the ranks. After serving the party in several capacities, he took over as Gujarat BJP chief in 2006. He was made vice-president of the BJP in 2010. Recently inducted into the Rajya Sabha from the state, he now becomes a member of the Modi cabinet.

A B.Sc, B.Ed. from Saurashtra and Gujarat universities respectively, Rupala served as a the Andhra Pradesh BJP in-charge from 2010 to 13 under Nitin Gadkari, the National Kisan Morcha in-charge in 2013-14 when Rajnath was heading the party and has been the party’s Goa unit prabhari under incumbent Amit Shah.

Not on good terms with Chief Minister Anandiben Patel, Rupala had fallen off the Modi radar for sometime before making a comeback now. It is said that his name also figured amongst those within the BJP who obliquely fuelled the Patidar agitation, which began as an inside attempt to unsettle Anandiben and careened out of control.

Rupala’s Cabinet induction is designed to serve multiple purposes. Firstly, it is Modi’s reach-out signal to the Patidar community.With national duties keeping Rupala busy, he will have less time for Gujarat and this will ease things for Anandiben back home ahead of the polls next year.

Gujarat is crucial for Modi and he needs to retain control of it with an equal margin as before in 2017 to make an aggressive bid to retain power in 2019. The PM also seeks to strike a balance in the intra-Patel politics in Gujarat by inducting from the Leuva Patel community as well, Rupala being a Kadva Patel.