A Return To The Melody Of Yore

Although the virus postponed the much awaited May 9 launch of the first song of Bangla director Arindam Sil’s period film ‘Maayakumari’, the film’s music director, Bickram Ghosh, allowed music lovers to preview the song on YouTube. 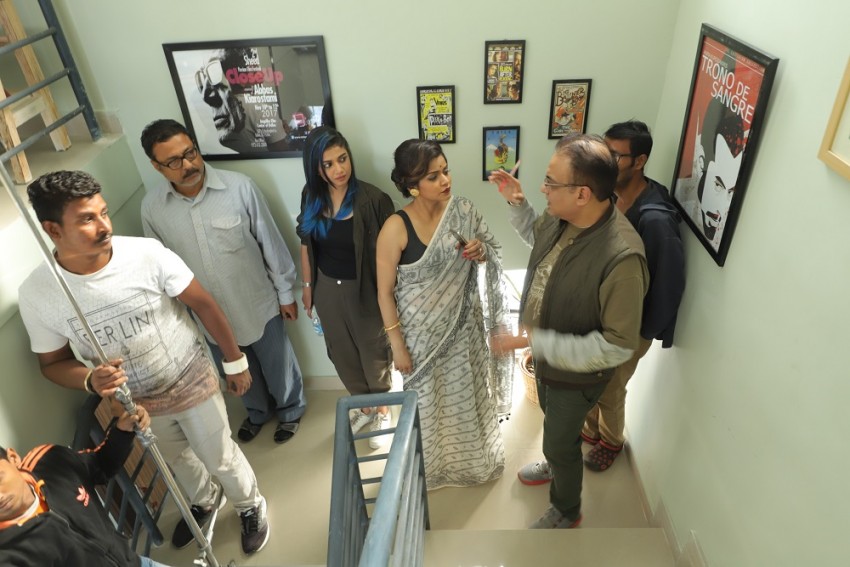 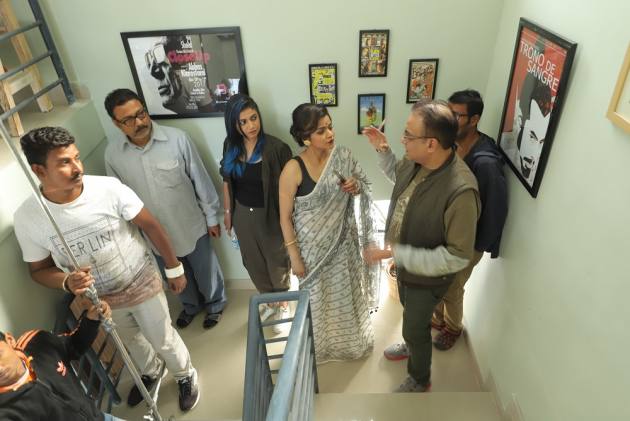 Man proposes, but a virus has disposed of many a plan. And that included the much awaited May 9 launch of the first song of Bangla director Arindam Sil’s period film ‘Maayakumari’. But to ride another cliche, where there is a will... the film’s music director, Bickram Ghosh, allowed music lovers to preview the song on YouTube and through social media messages, which is where I heard it recently.

The song harks back in tune and melody to the era in which the film is set. The bio pic recreates the story of Maayakumari, one of Bangla cinema’s biggest stars, whose sudden disappearance from the scene astounded her many fans, and remains a mystery till today. The film takes us through the journey of how the director finds out the real story of Maayakumari, while shooting her biopic. Abir Chatterjee, Rituparna Sengupta, Rajatabha Dutta and Arunima Ghosh star in the film which, with a bit of luck on the virus front, should hit the screens by Durga Puja. 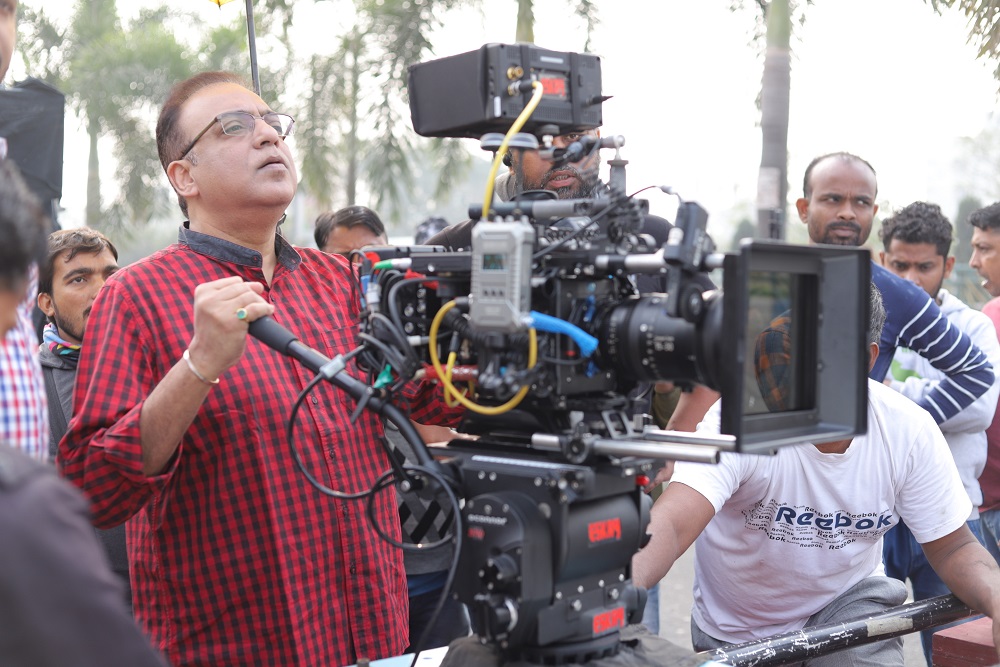 With 12 songs, the film is a musical, and Bickram Ghosh, who has scored the music for everyone of the director’s films through the years, was a ‘natural choice’.

‘Dear friend Arindam Sil and I had been conspiring to work on a musical and with ‘Maayakumari’, it finally happened,’ Ghosh said in an email message. The music director sees ‘Maayakumari’ ‘as a musical in the true sense of the term, with 12 songs that are a tribute to the music of the 50s through the 70s.’  The songs are a return to sheer melody. Each song evokes an era. ‘Personally, I always wanted to work on a musical which allowed me an opportunity to create a melodic songscape, which many say is lost forever. I’ve added some arrangements which are more contemporary but the soul of the music remains in the past,’ Ghosh said.

Indeed, the video of the song has the right mix to evoke nostalgia. Scenes from the film show classic bedrooms with four poster beds, and large, sprawling havelis with wrought iron run-around balconies. Though the video shows snatches of the film across decades, interspersing the more modern with the traditional, the lyrics and melody are strongly old world. Hummable, simple and with the power to sway the body and mind. Sung by Madhubani Bagchi, with Ghosh providing the tabla and other acoustic percussion, the song relies on a simple medley of supporting instruments like the sarod, flute and sarangi, adding to the realism of the period. 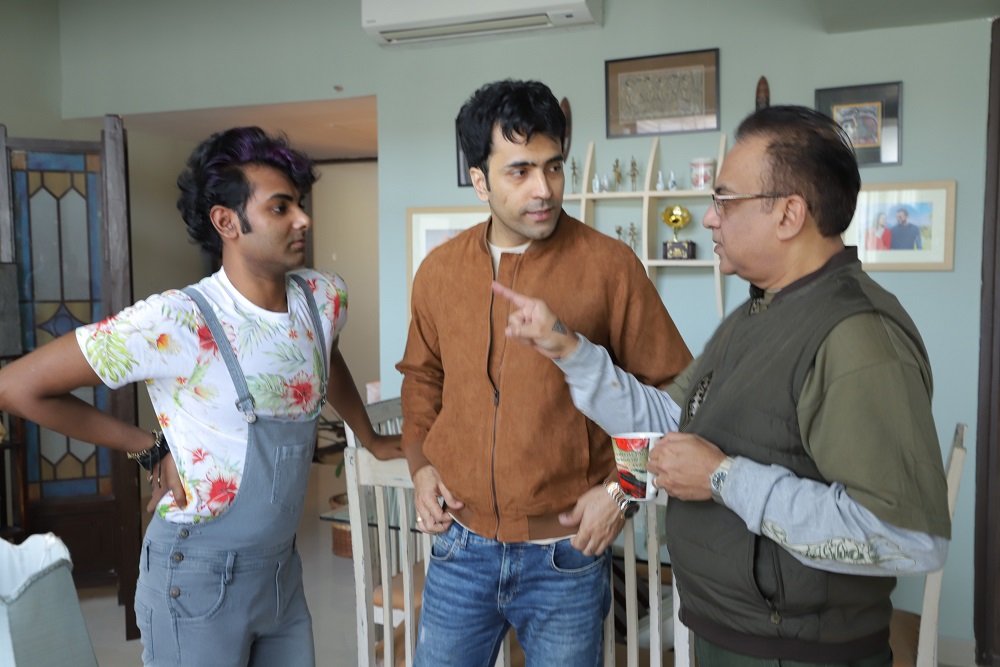 Ghosh adds that the main influence in his work on this film is of Rabindra Sangeet. In his words, ‘The songs have influences from traditional genres like Indian classical and Rabindra Sangeet, but every song is an original composition. I don’t believe in lifting songs and and remixing them.’

There are eleven more numbers which have already been shot and slated to release over the coming weeks as audio-videos, and it might be worth waiting to see how the tunes hold true to the evolving needs of the changing decades between the 1940s and 1970s. With much, including India’s Independence happening historically through that time, one can expect a patriotic number with marching rhythms, as well as some with a hint of a western beat.

For the Love of Words

What do you do once a two hour play is ready for the stage, and then the lockdown happens. Never-say-die artistes go online and stage a reading.

That is exactly what was done with ‘Shabdha Leela’ or ‘Love of Words’.  The play, conceived and scripted by Ila Arun as a tribute to the literary giant, Dr Dharamveer Bharti, is ‘an amalgamation of extracts from the works of the award winning novelist, poet, and playwright, including ‘Andhra Yug’, ‘Kanupriya’ and ‘Ek Sahityik ke Prem Patra’, which is a collection of letters to his wife.

Ila Arun, Rajeshwari Sachdev, and Varun Badola performed the dramatised reading that abridged the play to an hour, and was beamed live through Instagram @mumbaitheatreguide today. 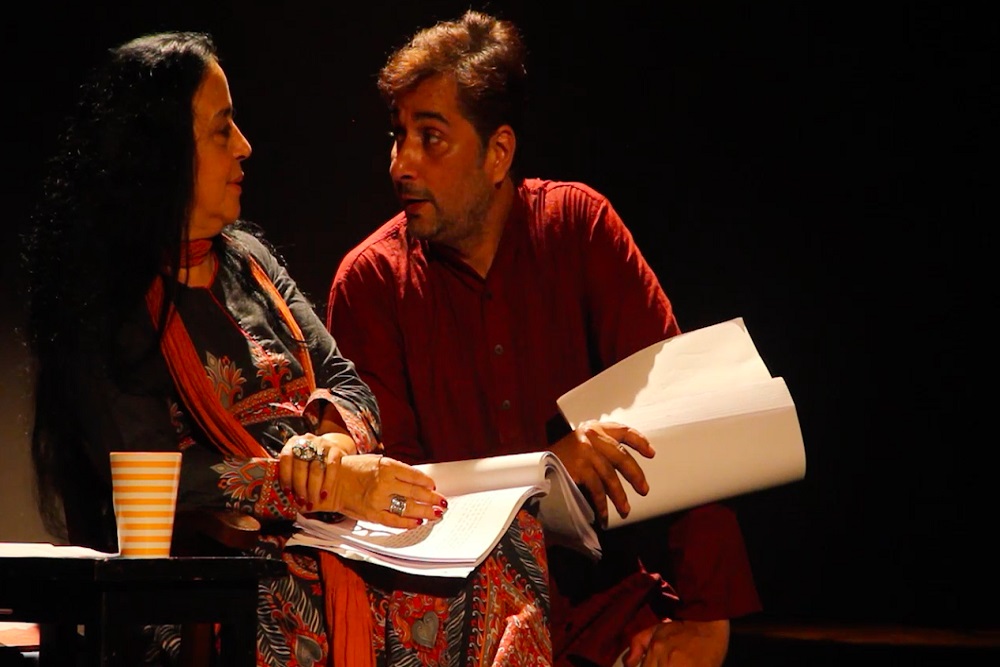 For an hour, Bharti’s wonderful prose held sway. Whether it was, excerpts from his work or his musings about them, the language enthralled. But of special relevance was the segment when letters to his future wife Pushpa were read out. Giving viewers a glimpse into not just the writer’s eloquent passion but into an era when love was not instantly gratified, but tempered on the slow forge of waiting and wooing through letters that could at times, elicit a response and at other times be met with an unfathomable silence.

Walking the line between reading and acting, the artistes kept the momentum going. For those who watched, or hope to watch a rerun on Instagram, this could be a great curtain raiser to the play when it can finally be staged. I, for one, will surely book my seat when the curtains lift on the lockdown and the play takes its place on the stage!