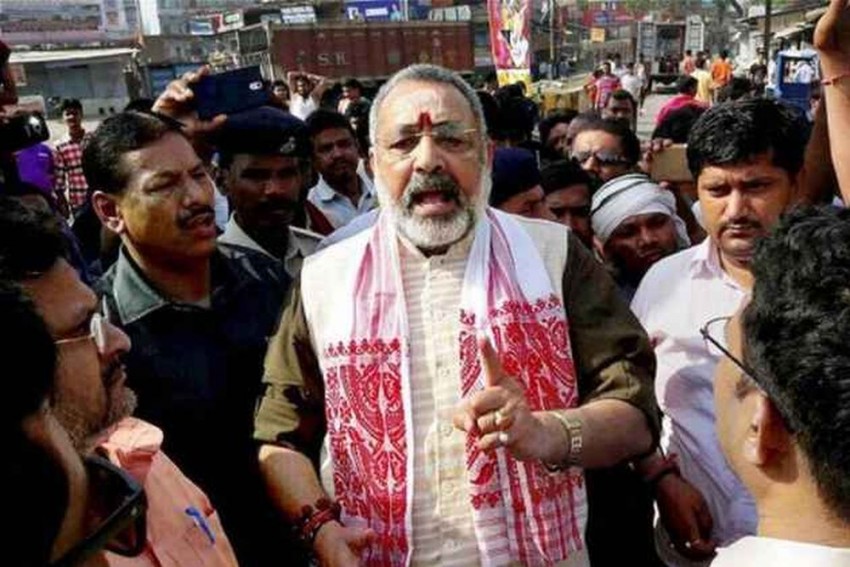 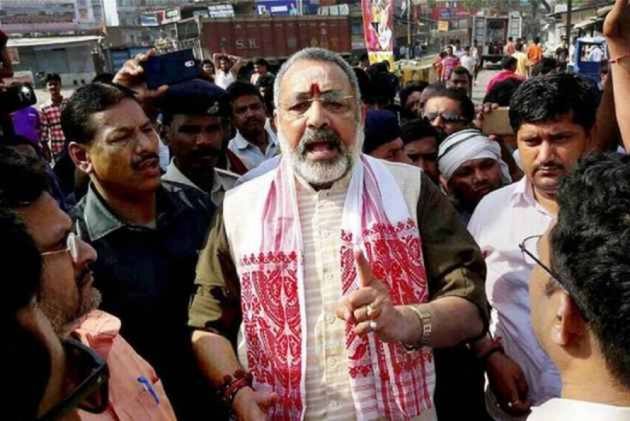 Minister of State for Micro, Small and Medium Enterprises Giriraj Singh on Monday appealed to Muslims to help in the construction of  Ram Temple in Ayodhya, claiming that they, too, were the "descendants of Lord Rama, and not Babur".

If Muslims do not help in the construction of the Ram Temple, he asserted: "I will be anguished because Muslims too hail from the descendants of Lord Ram and not from Babur or his lineage."

He further said that if Hindus ran out of patience, they would take over Mathura, Ayodhya and Kashi.

The Union Minister also launched a scathing attack on the Congress and accused its president Rahul Gandhi of expelling party workers who worship Lord Shiva and for chanting, "Har Har Mahadev."

Continuing his tirade, Singh said: "If you are true Hindus, then stop having beef in your parties and stop visiting temples just before the elections."

Singh stirred a controversy earlier also for stating that Muslims should support the construction of Ram temple in Ayodhya. "I believe our side is stronger. We will respect the court's decision but I would say that the way our Shia brothers have extended support to build the Ram temple, other Muslim brothers should also do so, and let go of their obstinacy because we both are descendants of Hindus," he had said.

Supporters of the movement had claimed that the mosque was constructed after demolishing a Ram temple that originally stood there.