We'll Play On Front Foot In UP: Rahul Gandhi On Priyanka Gandhi's Entry Into Active Politics

There have been demands within the Congress for a prominent role for 47-year-old Priyanka to revive the Congress in Uttar Pradesh which was a Congress bastion till mid-1980s. 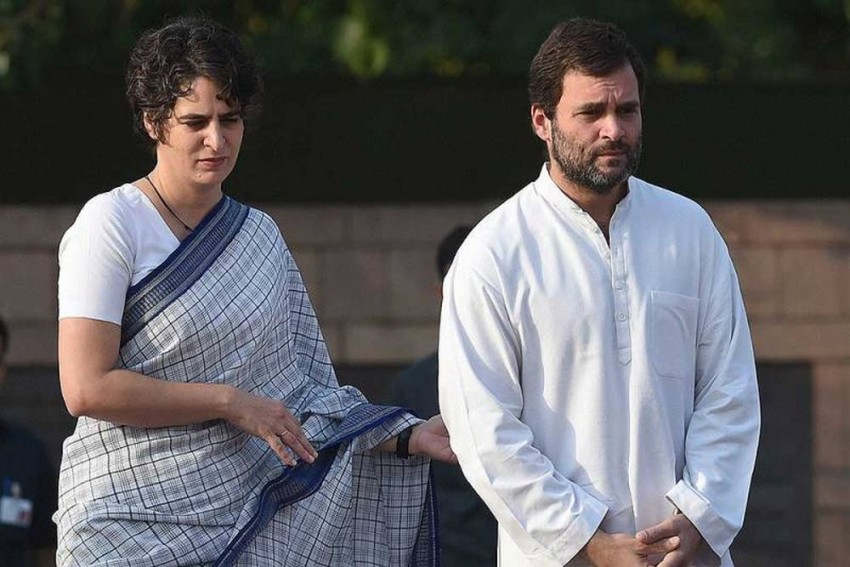 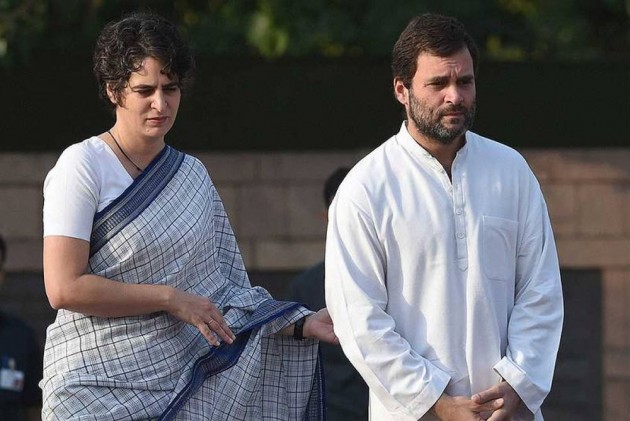 Welcoming his sister's entry into active politics, Congress president Rahul Gandhi Wednesday said he was "very happy" that Priyanka will assist him in the Lok Sabha polls and asserted that he was ready to cooperate with BSP-SP to defeat the BJP.

"I am very happy that my sister Priyanka will assist me in Uttar Pradesh in the Lok Sabha polls, she is very capable," Rahul said.

He also said that Jyotiraditya Scindia is a dynamic youth leader.

"I have not sent them here for two months but given a mission to take ahead the true ideology of the Congress to take the poor and deprived sections of society along," he said.

"The Congress is fighting for its ideology... Priyanka and Jyotiraditya are young and strong leaders and with their help we want to change the politics of Uttar Pradesh," Rahul said, adding he had complete faith that both of them will work and give what is required to Uttar Pradesh and its youth.

To a question whether Priyanka will contest the Lok Sabha election, he said it is up to her but his point is that the party will not play on the backfoot anywhere.

"We won't play on the backfoot, we will play on the front foot, be it Gujarat or Uttar Pradesh," he said without mincing words.

"My point is that we do politics for the people and development and wherever we will get an opportunity we will play on the front foot," he said.

"I feel that this step will usher in a new kind of thinking and bring a positive change in Uttar Pradesh politics," he said.

On being kept out of the SP-BSP alliance, he said, "SP, BSP have formed an alliance in Uttar Pradesh to defeat the BJP. I have no animosity against them. I have to take forward Congress ideology and make place for Congress philosophy in Uttar Pradesh," Rahul told newspersons in Amethi.

His remarks assume significance in the light of the Congress party's decision to go it alone in the Lok Sabha elections in Uttar Pradesh.

To a question if today's announcement was aimed at countering the BSP-SP alliance, from which Congress has been left out, the Congress president said, "I have said this earlier too that they have stitched an alliance and the aim of all of us is to defeat the BJP."

"There is no animosity against Mayawati or Akhilesh... but we have to fight for the Congress ideology and will fight in Uttar Pradesh with our full strength...if they want to talk there is no problem with it," he stressed.

Rahul said that he was ready to "cooperate" with these parties to defeat the BJP.

He reiterated that he respected both BSP president Mayawati and SP chief Akhilesh Yadav.

"Our ideologies have many similarities... Our fight is against the BJP, and wherever we can cooperate with Mayawati and Akhilesh we are ready to do so," he said

"Wherever we can work together to defeat the BJP, we will cooperate... But nevertheless is our job to take the Congress ideology ahead and make a place for it for which we have taken a big step," he said.

"Lastly, I will tell the people of Uttar Pradesh that they have wasted a lot of time...they have elected a BJP government ...I want to tell them to remove them as we are ready to give a new direction...we want Uttar Pradesh to be number one state," he said.

"The youth of the state, irrespective of caste, creed, have seen how the state has been harmed. They have seen corruption...we want to fulfil a new dream...BJP people are also worried," he said.

The Congress president arrived here in the morning on a two-day tour of his parliamentary constituency.

He is scheduled to meet people in his home constituency and discuss issues with them.

"I am coming to Amethi. Will be with my people and discuss issues with them. Will keep sharing the details of my story of happiness with you by way of pictures," Rahul said in a Facebook post ahead of his visit.

During his stay, Rahul is scheduled to meet representatives of gram panchayats at Fursatganj. He will also take part in the swearing-in of newly elected bar members in Gauriganj, his representative Chandrakant Dubey had said.

He will address a 'nukkad sabha' at Haliyapur and stay the night at Bhueymau guest house, where he will meet party workers on the second day of his visit before returning to Delhi.

Rahul was scheduled to visit Amethi on January 4 but it was cancelled in view of the Winter session of Parliament.