A CRPF spokesperson told Outlook that the pledge taken by a paramilitary unit to boycott the Chinese products was an emotional response of an individual unit to the prevailing situation along the LAC in Ladakh region. 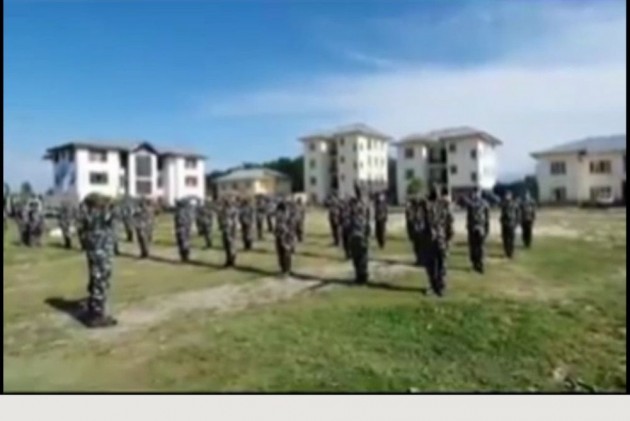 A Central Reserve Police Force (CRPF) unit based in Jammu and Kashmir has pledged to boycott all Chinese products in response to the current stand-off between India and China at the Line of Actual Control in Ladakh region.

The “emotional response”, as a CRPF spokesperson puts it, comes days after noted innovator and Ramon Magsaysay and Rolex Awards winner Sonam Wangchuk appealed people to boycott everything “made in China” saying that it will have resonance around the world in the present situation due to the Covid-19 pandemic.

In a video that has been widely shared on Internet, the CRPF personnel of the 177 battalion in north Kashmir’s Sopore could be heard taking a pledge to boycott ''Made in China'' products like eatables, electronic gadgets, communication equipment etc. Outlook could not verify the authenticity of the video.

Central Reserve Police Force spokesperson in Srinagar, Pankaj Singh, told Outlook that it was an emotional response of an individual unit to the current situation (prevailing along the LAC). Singh said it is not the policy of the CRPF to boycott products of any country. However, he said, “the CRPF would adhere to the government of India’s stand on the issue and it believes in Swadeshi and promoting Swadeshi.

The Centre on September 25, 2014 launched ‘Make in India’ campaign, an initiative covering 25 sectors of the Indian economy to encourage companies to manufacture their products in India and enthuse with dedicated investments into manufacturing.

Last week, Wangchuk in his video from Leh had said that within a week, he would get rid of his Chinese mobile phone, and in one year, “I will throw out of my life anything that is made in China.