'From now onwards, a person should recall the present crisis before he thinks of being unruly with a doctor,' the IMA said. 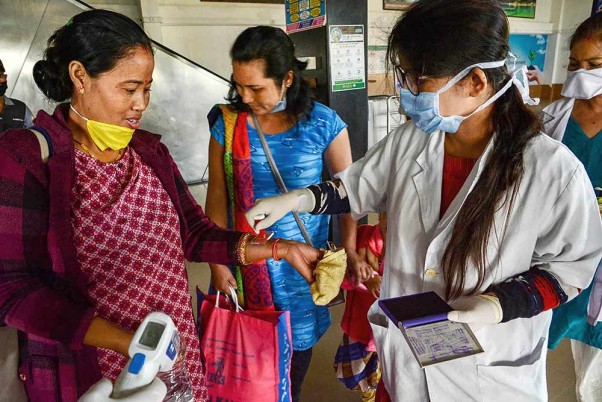 Amidst reports of ostracisation of doctors who are treating patients suffering from Coronavirus, the Indian Medical Association, which represents around 3 lakh doctors across the country, has requested people to respect their sacrifices.

“Society should keep in mind that time has proved once again that it is only the doctors and the health workers who have put their lives at risk for the common people,” Dr Santanu Sen, National President of India Medical Association, said.

Sen recollected incidents of violence against doctors in the past and said, “Whenever any small thing happens, people go and beat up doctors rampantly. From now onwards, a person should recall the present crisis before he thinks of being unruly with a doctor.”

A Trinamool MP in Rajya Sabha, Sen further requested people to avoid coming to OPDs unless there is an emergency. This is to avoid infection to doctors who are at very high risk at present.

There have been several reports that Coronavirus patients consulted physicians for treatment and infected them. Since doctors are treating affected and symptomatic patients, their protection should be of paramount concern.

“If doctors get infected, he or she can be a major source for the community spread also,” Dr Sen warned.

“Government and administration should also ensure doctors are getting adequate precautionary measures. They should be provided with all sorts of supports,” he said.

IMA has issued advisories time and again to medical practitioners to take adequate protection and discourage patients to come to OPD on a regular basis.

Also Read: How Dr Rakesh Saini Is Up And Close With The Deadly COVID-19 In Jaipur

Several medical experts have already warned that a community spread of the virus poses a bigger risk because the Central government doesn’t seem to be financially prepared to handle the situation.

“You have to keep in your mind that in a country of over 133 Crore population, you have only 1.1 per cent budgetary allocation for health,” Sen said adding that the government should have opened more virus research centers but it kept thinking since independence.

India has only one National Institute of Virology in Pune which conducts research on viral infections.

He also criticised the Union Health Ministry for not providing adequate support to the state governments to fight against Coronavirus.

He added, “Adequate financial support or testing kit which is expected from the central government hasn’t been given. The government must provide support for real aspects.”

Also Read: From Handling Trauma Victims To COVID-19 Patients, Abdul Rehman Has Carried Them All