The opposition party also seized on Modi's remarks that the next five years will be about results, to claim that what he meant was that he could not deliver in his five years as prime minister. 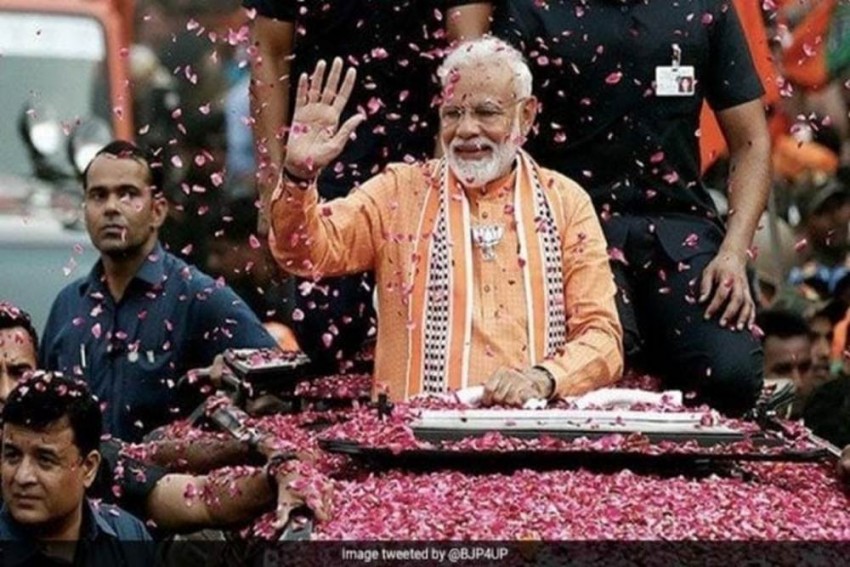 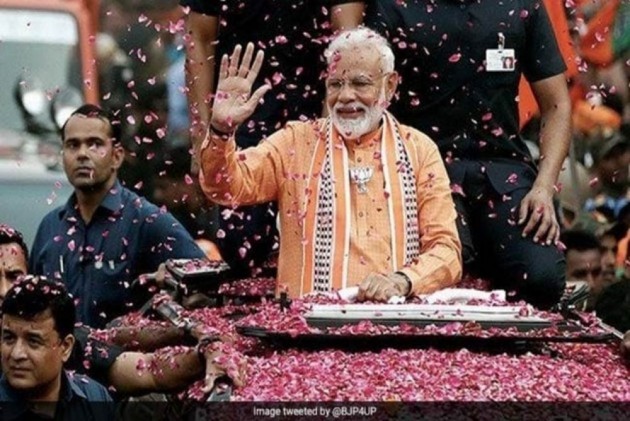 The Congress on Friday claimed that Prime Minister Narendra Modi's appeal to people, to vote in large numbers shows that he is nervous and is sensing defeat after the first three phases of the Lok Sabha polls.

The opposition party also seized on Modi's remarks that the next five years will be about results, to claim that what he meant was that he could not deliver in his five years as prime minister.

Prime Minister Modi on Friday exhorted voters not to fall into the trap of those, who say that he has already won the election and so it is fine not to vote.

"Some people are creating an atmosphere that Modiji has already won (the election) and it is fine not to vote. Please don't fall into their trap. Voting is your right and everyone must exercise it," Modi told reporters after filing his nomination from Varanasi.

Congress spokesperson Rajiv Shukla, citing Modi's remarks, claimed that the prime minister had to make the appeal, as the BJP was "losing big" in the first three phases of the polls.

"Our assessment is also the same that in the three phases, the BJP's position is really bad. They are definitely not getting the mandate they were expecting,” Shukla said at a press conference.

"They are losing big in the three phases and that is why Prime Minister Modi had to appeal to people after his nomination that vote in large numbers," he said.

He added, "The prime minister, I think, is also sensing the feedback we have, that is why he is nervous and is making this kind of appeal."

Shukla also said the BJP's assembling of coalition partners in Varanasi shows that the party has realized that it cannot get a mandate on its own.

"He (Modi) is sure that he will not get a mandate on his own so he gathered all the coalition partners. His self-confidence is weakening that he can form a government on his own and that is why he is showing more confidence on alliance partners than on himself," the Congress leader stated.

Talking about the prime minister's remarks in Varanasi on Thursday, that while the last five years were about his government making sincere efforts, the next five will be about results, Shukla said that this means in the last five years, he was unable to produce any results.

"The promises that he made in 2014, he could not fulfil those promises. What he meant was that his five year-government was not a result-oriented government, he could not deliver any results and prestige to the country," he claimed.

"Today PM Modi put a stamp of approval on our assessment. In an address to his workers, he said if BJP workers see that he has spoken something wrong in his interviews, they must make loud noises in order to hide the truth," Shukla added.

He said the people of Varanasi shall never forgive and forget how Modi has betrayed them.

The Congress accused Modi of "failure" to clean Ganga, "demolishing" the cultural heritage of Varanasi, giving the "jumla" of turning Kashi to Kyoto, and "betraying" weavers, artisans and handicraft workers.

The party also alleged that the prime minister's ‘Aadarsh Gram’ scheme was also a "flop".

"Hype, hoopla and rhetoric does not change the reality on ground. People of Varanasi will see through this propaganda. Today Modiji has accepted the fact that he works on - fakery and lies. Truth will surely catch up with him on May 23rd," Shukla said.

Results for the seven-phase Lok Sabha election that began on April 11, will be declared on May 23.

If I Make Mistake, Raid My House Too: PM Narendra Modi In Madhya Pradesh