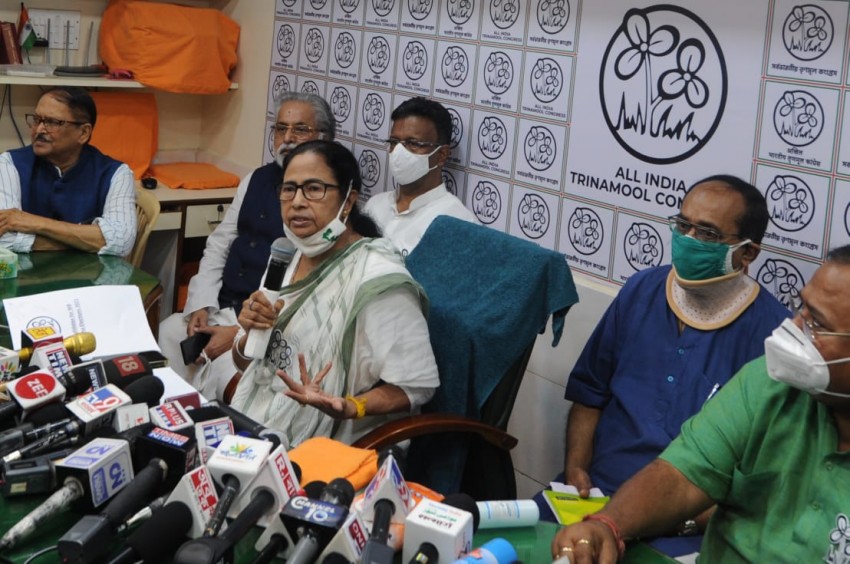 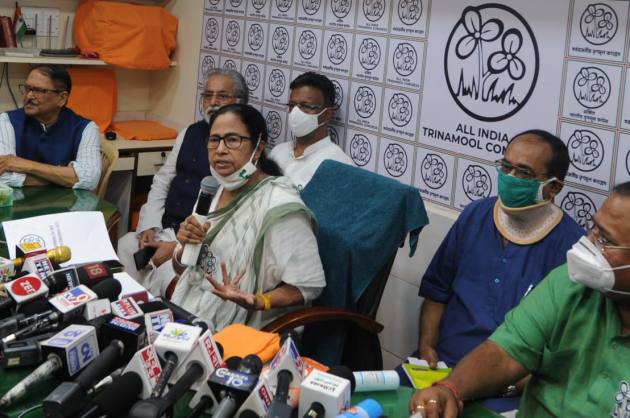 West Bengal chief minister Mamata Banerjee on Friday said that she will be contesting only from the Nandigram seat in East Midnapore district, leaving her own constituency of Bhowanipur in south Kolkata ---- where she lives --- state power minister Sobhandeb Chattarjee.

Mamata said the party is announcing candidates for 291 of the state's 294 seats, leaving three seats in the Darjeeling hills to the two factions of Gorkha Janmukti Morcha.

Among other star candidates, she named are cricketer Manoj Tewari, who will contest from the prestigious Shibpur constituency in Howrah district, singer Aditi Munshi from Rajarhat, filmmaker Raj Chakraborty from Barrackpore and tribal actor Birbaha Hansda from Jhargram.

The candidate list has many new faces, including politicians and renowned people from other walks of life.

In Behala East, the party is fielding Ratna Chatterjee, the wife of former Bengal minister and Kolkata mayor Sovan Chatterjee, who joined the BJP last year.

Sovan and Ratna are in the middle of litigation seeking a divorce. If the BJP nominated Sovan Chatterjee from his own constituency, then Behala East would see a battle between the husband and wife who are also battling it out in the court.

"This is a very crucial election. Only TMC can maintain peace, prosperity, and communal harmony in Bengal. Our government will continue with all its pro-people policies and schemes, including free healthcare and insurance, free ration and those aimed at girls, women and the elderly," she said.

"We expect an impartial, free and fair election," she said.

"I am grateful to Sharad Pawar, Hemant Soren, Tejaswi Yadav, Akhilesh Yadav and Arvind Kejriwal for the support and solidarity they have conveyed to me," said Mamata.

Parties led by these leaders have decided not to field candidates in Bengal elections and have supported the TMC. Shiv Sena, too, has decided to support the TMC in this election.

"We must defeat the outsider hooligans," she said while terming the Left-Congress alliance as cohorts of the BJP.