The ruling TMC has denied farmers access to the benefits of PM Kisan Scheme, says the Prime Minister in a public address 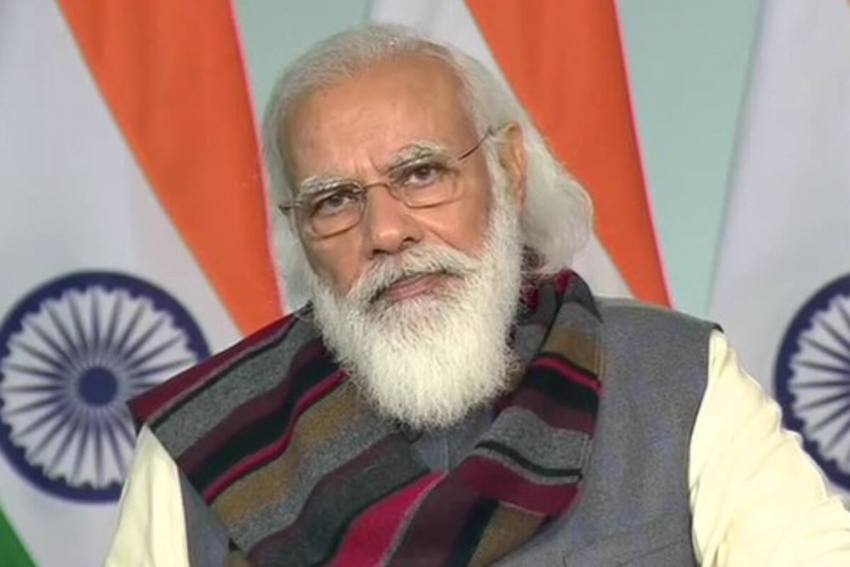 Prime Minister Narendra Modi on Friday lashed out at West Bengal Chief Minister Mamata Banerjee, accusing her government of "destroying" the state and depriving its over 70 lakh farmers of benefits from the Centre's flagship PM-KISAN scheme under which Rs 6,000 per year is given to each farmer.

Modi also made a veiled attack on the once-potent political force in the state, the Left parties, saying that those who ruled the state for three decades, brought it down and did not do anything for farmers.

Assembly elections are due in West Bengal in April-May next year and the BJP has already launched a massive campaign to unseat Banerjee-led Trinamool Congress government in the state. Banerjee has been West Bengal's Chief Minister since 2011 after ending 34-year-old Left rule in the state.

"The people following one specific ideology ruled Bengal for 30 years, brought the state down and the whole country knows about it. The parties that do not speak on the benefit of farmers in West Bengal are engaged in harassing the citizens of Delhi here in the name of the farmers and are ruining the economy of the country," he said.

In an apparent attack on Left parties, Modi said, "Parties which are missing APMC-mandis nowadays, but repeatedly forget that there are no APMC-mandis in Kerala. And these people never agitate in Kerala."

The CPI(M) is also leading the LDF government in Kerala.

Referring to TMC supremo and incumbent chief minister Mamata Banerjee's struggle against the then ruling party CPI(M) nearly 15 years ago, he said, "If you listen to 15-years-old speech of Mamta Ji, then you will know how much this ideology has ruined Bengal."

Modi also hit out at Banerjee for not letting lakhs of farmers of the state avail benefits of PM-KISAN scheme and said her politics has destroyed the state.

"Today I regret that more than 70 lakh farmers of West Bengal have not been able to get benefits of PM Kisan Samman Nidhi. More than 23 lakh farmers of Bengal have applied online to take advantage of this scheme. But the state government has stopped the verification process for so long," he said addressing a virtual event after releasing over Rs 18,000 crore to more than nine crore farmer families under the ''Pradhan Mantri Kisan Samman Nidhi'' (PM-KISAN).

"Mamata Banerjee's ideology has destroyed the state and her actions are against the farmers," he said.

Modi also asked, "Why there was no protest for ensuring PM-KISAN money (in West Bengal)".

Under the PM-KISAN scheme, a financial benefit of Rs 6,000 per year is provided to small and marginal farmers, payable in three equal instalments of Rs 2,000 each. The fund is transferred directly to bank accounts of the beneficiaries.

Modi said everyone knows how the state has been ruined by the political ideology of those who ruled there for decades.

He said the entire country is benefiting from the PM-KISAN programme, but only one state, West Bengal, has not implemented this scheme.

I Have Been Successful In Ending The Politics Of Vendetta: Himachal CM Jai Ram Thakur