H Nagesh, who was recently inducted into the ministry as small scale industries minister, met Governor Vajubhai Vala at the Raj Bhavan in Bengaluru and submitted the letter. 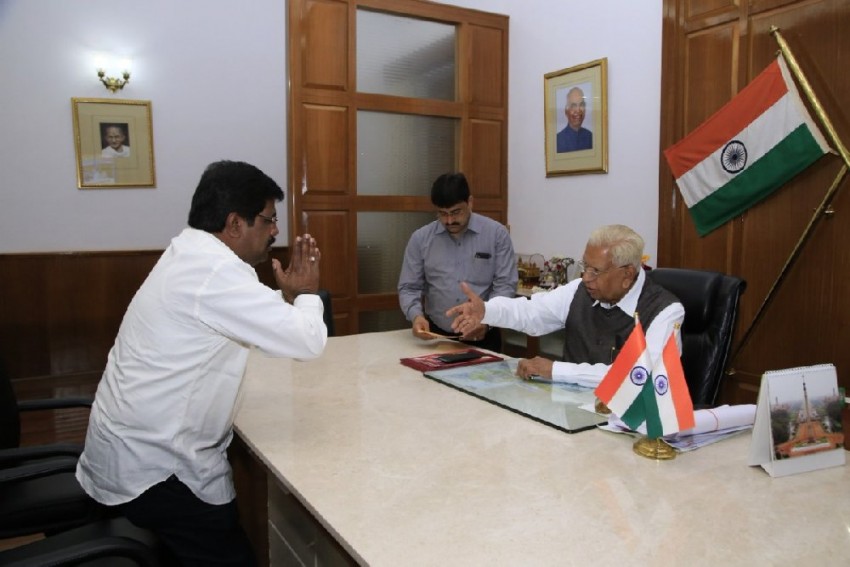 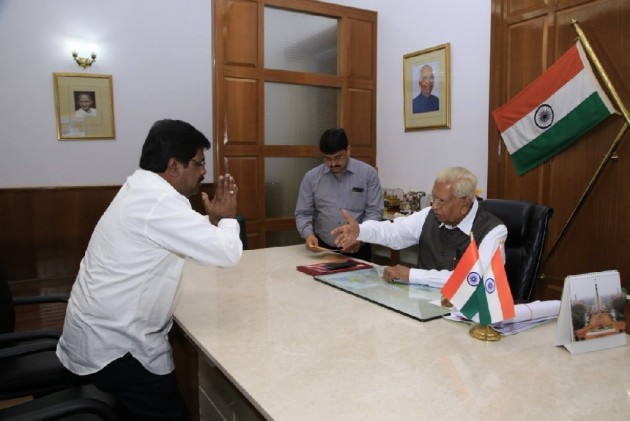 Karnataka minister and Independent MLA H Nagesh on Monday resigned and withdrew support to the H D Kumaraswamy-led government, delivering another blow to the shaky JD(S)-Congress coalition ruling the state.

Nagesh, who was recently inducted into the government as small scale industries minister, met Governor Vajubhai Vala at the Raj Bhavan here and submitted his letter of resignation.

The Congress-JD(S) coalition government, which is on the brink of collapse, could suffer another jolt with another minister threatening to quit.

Karnataka Minister and Congress' Bidar North MLA Rahim Mahmood Khan said he has informed senior Congress functionaries about his grievances and will take a decision after meeting them at Deputy Chief Minister G Parameshwara's residence.

The moves come amid reports that ministers in the coalition government will be asked to step down to make way for disgruntled MLAs who have resigned as legislators.

The Congress-JD(S) government has plunged into crisis, with 13 MLAs of the alliance submitting their resignations to the speaker so far.

The ruling coalition faces the risk of losing its majority if the resignations are accepted.

The JD(S)-Congress coalition's total strength after Nagesh withdrawing his support is 117 (Congress-78, JD(S)-37, BSP-1 and Independents-1), besides the speaker.

The BJP has 105 MLAs in the House, where the half-way mark is 113. If the resignations of the MLAs are accepted, the coalition's tally will be reduced to 104. The speaker also has a vote.

"I have this day tendered my resignation to the council of Ministers headed by Shri H D Kumaraswamy," Nagesh's letter to the governor read.

He said, "I have been elected as a member of the legislative assembly from Mulbagal (SC) constituency, as I am independent candidate. I would by this letter, inform your good self that, I withdraw my support to the government headed by Shri H D Kumaraswamy. In view of the same, suitable action may be taken."

On June 14, Kumaraswamy expanded his cabinet by inducting two Independent MLAs Nagesh and Shankar in an apparent move to give stability to his 13-month-old wobbly government.

The exercise was seen as a move to ensure the two Independents don't jump ship.

Nagesh, a former Congress member, contested and won as an Independent after not getting a party ticket in the 2018 assembly polls.

In December last year, Shankar and he sided with the BJP and wrote to the governor withdrawing support to the government for not being inducted into the ministry during the cabinet rejig then.

As the BJP failed in its alleged attempts to topple the coalition and form the government, the two lawmakers retraced their steps to get back in the ruling alliance.