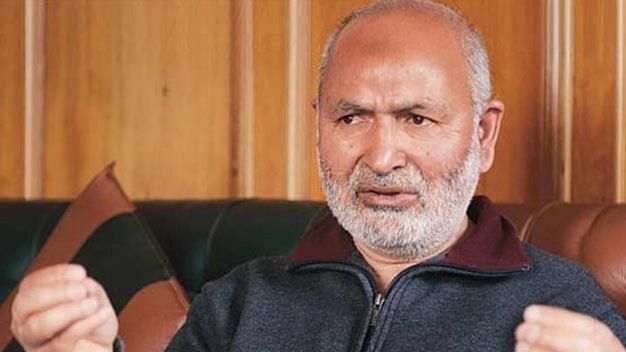 Akhtar was detained in August last year following the abrogation of Article 370 and Article 35A of the Indian Constitution and was lodged at the SKICC sub-jail and later shifted to the MLA hostel along with other leaders.

One of the many charges in the dossier include terming BJP leader and Union Home Minister Amit Shah's West Bengal poll speech as an "open call for a Hindu Rashtra".

“He had said that saffron party chief has changed the very idea of India. He further said that the BJP is setting up a dangerous game for electoral gains in the country and is playing a communal hatred card as last resort to win elections,” the dossier read.

Also Read: Farooq Abdullah Slapped With PSA, An Act Introduced By His Father 42 Years Ago

“The subject in order to achieve nefarious designs has been since long giving such statements which are not only instigating general public to rise against Union of India but are also of such nature which instigates disgruntled elements to indulge in violence and illegal activities like stone pelting so as to keep the peace distant,” the charges against Akhtar read.

“The statement of the subject re-indicative of fact that he is bent upon not allowing public order to return and disturb public peace...,” the dossier further read.

The dossier also mentioned that he exhorted people to read Kashmiri separatist leader Syed Ali Shah Geelani's book while he was the state's education minister.

“His leanings toward radical elements can be gathered from his statement dated 27/09/2016 in which he as an education minister advised people to read Geelani’s (separatist leader Syed Ali Geelani) book Wular Kinaray.”

The dossier added that Akhtar “possesses considerable clout in political circles as well as in other associations and it is this influence which he is misusing for creating large scale violence by instigating disgruntled elements to resort to violence and creating an atmosphere conducive for disrupting the peace.”