Home  »  Website  »  National  »  Farooq Abdullah Slapped With PSA, An Act Introduced By His Father 42 Years Ago

Farooq Abdullah Slapped With PSA, An Act Introduced By His Father 42 Years Ago

The slapping of Public Safety Act (PSA) against former Jammu and Kashmir CM Farooq Abdullah is ironical, to say the least. The Act was introduced in Jammu and Kashmir by Abdullah's father, Sheikh Mohammad Abdullah, on April 8, 1978, to deter timber smugglers. 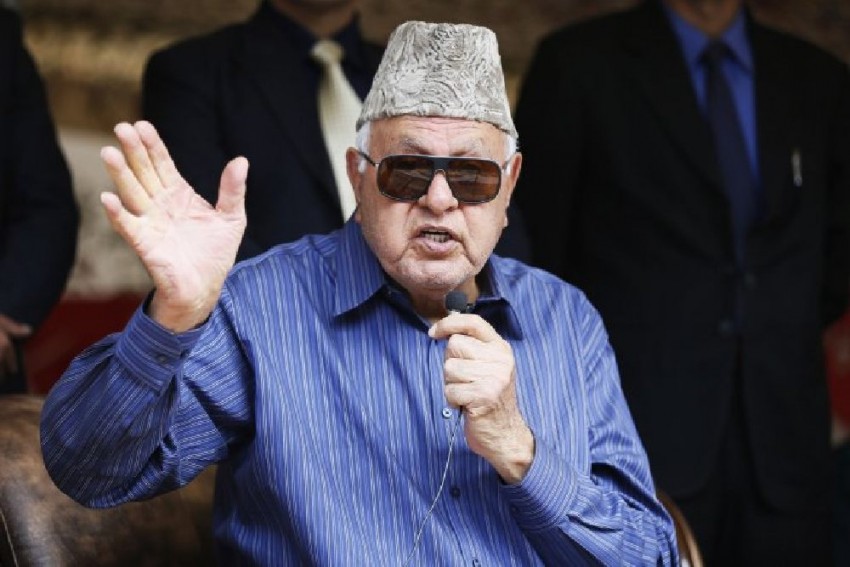 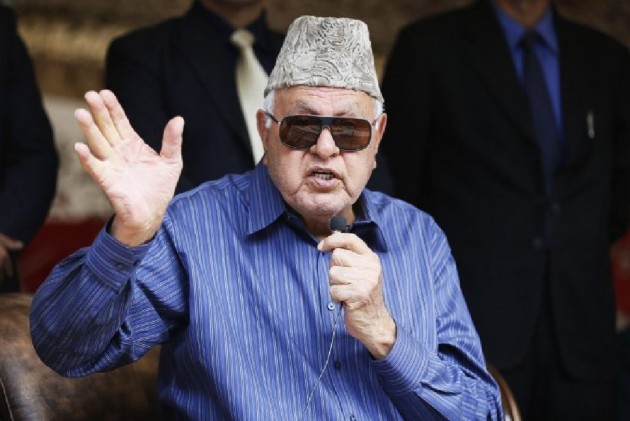 Former Jammu and Kashmir Chief Minister Farooq Abdullah has been booked under controversial and stringent Public Safety Act that allows detention of any individual for up to two years without a trial.

The surprise move by the Jammu and Kashmir administration comes on a day when the Supreme Court had sought a response from the Centre and J&K administration to a plea seeking to produce Abdullah before the court. Abdullah, like several other political leaders in Kashmir, is under house arrest since August 5.

The slapping of Public Safety Act (PSA) against Abdullah is ironical, to say the least. The Act was introduced in Jammu and Kashmir by Abdullah's father, Sheikh Mohammad Abdullah, on April 8, 1978. Though the law was initially meant to deter the timber smugglers who were on a rampage at that time, over the years -- and after the militancy erupted in 1989 -- the law was used to detain political dissenters or those involved in anti-state activities.

In its earlier form, the controversial Public Safety Act allowed detention for up to two years without a trial for people above the age of 16. Later in 2011, the age bar was raised to 18 years.

Also Read: I Was Detained At My House, Amit Shah Is Lying, Says Farooq Abdullah

The orders to detain an individual under the PSA can be issued by a District Magistrate or a Divisional Commissioner.

Son of Farooq Abdullah and former J&K CM, Omar Abdullah, during his tenure in 2013 had ruled out any possibility of revoking PSA. "There is no need to do so," Omar had said in 2013. However, in January this year, Omar had promised to revoke the PSA if voted to power.

Several human rights groups and other political parties have been accusing the administration of misusing the Act to detain the dissenters. They have often referred to the Act as a 'draconian law'. The successive governments have over the years 'misused' the law against their opponents. But after the militancy erupted, the law was widely used to crack down on the separatist leaders and their activists.

In 2016, when Hizbul Mujahideen militant Burhan Wani was killed in an encounter, leading to prolonged protests across the Valley, the then Chief Minister Mehbooba Mufti also employed the PSA to crack down on the separatists, stone pelters and protesters to contain the protests and break the 'civil curfew'. In May this year, Muslim League leader Masrat Aalam, who is part of the separatist camp in J&K was booked under the PSA for 38th time for his involvement in anti-state protests. In 2016, Human Rights activists Khurram Parvez was also booked under the same Act and detained for two months without a trial.

After the abrogation of provisions of Article 370, the administration has widely employed the Act to detain several top and lower-rung political leaders, including former IAS officer Shah Faesal and PDP leader Waheed Rahman Parra.

Amnesty International in a report in June 2019 quoted a report of the Legislative Assembly of Jammu and Kashmir. The report said that in January 2017, the then-Chief Minister Mehbooba Mufti said that from 2007 to 2016, over 2,400 PSA detention orders were passed, of which about 58 per cent were quashed by courts.

The International Human Rights Law states that any arrested person has a right to judicial review of his or her detention, but when someone is detained under the PSA, there is no provision for judicial review. Rather, an Advisory Board, which is a government-appointed three-member body, reviews all orders, leaving no option for an appeal.