Justice Dhingra tells Outlook how the investigation and trial of the 1984 anti-Sikh riot cases were derailed. 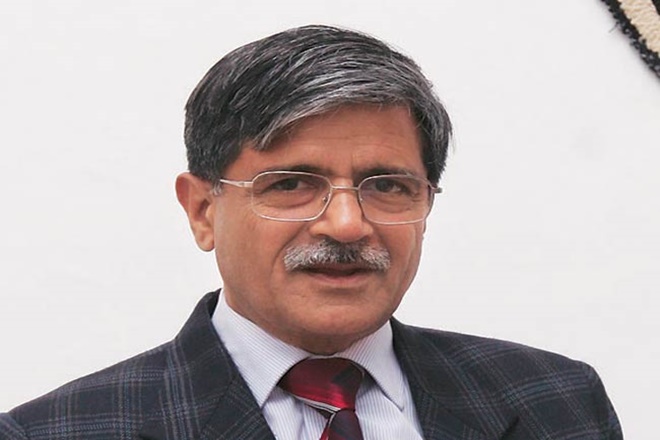 It has been 35 years since the 1984 anti-Sikh riots that broke out after the assassination of former Prime Minister Indira Gandhi by her Sikh bodyguards claimed over 2,700 lives in Delhi. On January 11, 2018, the Supreme Court constituted a three-member Special Investigation Team (SIT) under former Delhi High Court judge, Justice S.N. Dhingra, to examine if cases linked to the riots, closed for want of evidence or due to shoddy investigation, could be re-opened. The report of the SIT was submitted by the Centre to the Supreme Court in sealed covers in November last. The Centre has now informed the Supreme Court that it has accepted recommendations of the SIT.

In an exclusive interview with Outlook’s Puneet Nicholas Yadav, Justice Dhingra discusses how the investigation and trial of the riot cases were derailed, often deliberately, during those initial years and why he feels justice can no longer be given to the survivors. Excerpts:

Q) The SIT constituted by the Supreme Court was originally mandated to submit its report in March 2018. Why the delay in filing your report?

Well, technically the delay was not entirely on our part. There were 199 cases that another SIT (appointed in February 2015 by the government and headed by IPS officer Pramod Asthana) had recommended for closure along with 42 other cases that a Supreme Court-appointed supervisory committee of two former judges had examined. Some petitioners told the Supreme Court that cases should not be closed hurriedly. In January 2018, the Court constituted the SIT with me as its chairman and two other members (IPS officer Abhishek Dular and former special DG of the BSF, Rajdeep Singh). Mr Singh expressed his inability to join the probe. It was only around November 2018 when the Court said that the existing two members should carry out the probe. In January 2019, the Court gave us three months to file our report. Our report had been finalised and submitted to the Union Law ministry by April-end. I do not know why the government did not submit the report to the Court immediately. But I had personally been asking officials concerned for the past eight months to seek a date from the Court so that the SIT’s work could be brought to a closure.

Q) But, the Centre informed the Supreme Court recently that it received your report in October last year and submitted it, in sealed covers, to the court registry in November.

I do not know the motivations behind the Centre informing the Court that the report was received in October. I can tell you with all the responsibility that the delay wasn’t from our end. We had submitted the report in April. For reasons best known to the government, the report was not submitted until November and that too in sealed covers.

Q) Could this be because the anti-Sikh riots are still a politically sensitive issue and submitting the SIT report closer to the Delhi assembly polls could have obvious political ramifications for some parties?

This is not for me to say; you can draw your own inference.

Q) So, out of the 199 cases that you examined, how many have you recommended to be reopened?

Unfortunately, none. At best, there are grounds for appeal in a handful of cases but none for reinvestigation. This is not so because the cases are false or do not deserve further investigation but because of the manner in which they have been compromised by not just the police but also the judicial system. In most cases, original records have been weeded out from the trial courts because of the long period of time that has elapsed. In several cases, we issued summons to witnesses only to learn that the individuals concerned had died many years ago. In a few cases, we found witnesses but they refused to cooperate because they did not want their wounds cut open again without any guarantee of justice. In a large number of cases, the police had not even kept proper records to begin with so even tracking the original FIRs was impossible.

Q) Your report has laid out disturbing details of how the police behaved in a partisan manner and in some instances even helped the rioters.

Yes, several instances where the police either looked the other way while people were being murdered or actually helped the rioters have been noted in the report. The largest share of blame for shoddy investigations lies with the police. There are instances I have outlined in our report where for as many as 200 cases of murder, wherein the time and place of occurrence of the crime are different, the police registered a single FIR. One FIR against unidentified killers for 200 cases of murder. In another incident, the police found seven dead bodies but could recognise only one and so only one murder was registered and no effort was made to ascertain the identity of the other six bodies or those suspected of the murders. To make matters worse, the judiciary condoned such a shoddy investigation. The entire effort during the riots and for some years after the killings was to portray that there was actually no riot.

Q) Were you frustrated while carrying out your probe?

It was evident to me when I began my work, and given my experience as a trial judge who had handled the 1984 anti-Sikh riots cases two decades ago, that little of any consequence will be achieved. I had seen firsthand the manner in which the politicians of the day, the police force and even some members of the judiciary connived to derail the investigation and trial in these cases when they were first registered.

Q) This is a serious allegation. Would you want to elaborate?

It wasn’t the mandate of my SIT to comment on the judiciary and I have tried not to do so in my report. I was merely asked to look at the material on record and suggest which cases can be reopened. Yet, I have no hesitation in sharing with you a few instances which were not of concern for my SIT but which will illustrate to you why I have said what I said about the judiciary.

I do not recall the exact date but this was either in the late 1990s or early 2000s. The CBI went to arrest Sajjan Kumar early one morning for his role in the riots. Kumar got a tip-off about the CBI and gathered his supporters at this residence to prevent the CBI personnel from entering his house. In the meantime, Kumar’s lawyer, RK Anand, moved the Delhi High Court for anticipatory bail. Kumar’s plea, filed merely an hour before the court opened, was the first item listed for hearing at 10.30 am. The court granted Kumar anticipatory bail without even hearing the CBI counsel and by 11 am, the registrar of the Court had communicated to the CBI officers, still waiting outside Kumar’s residence that anticipatory bail had been granted. Who instructed the registrar to directly communicate the orders to the CBI?

The other instance is of trial judge SS Bal. Bal had exclusively handled the trial of the riots cases in the initial years from 1989 to 1994-95. Prior to being appointed special judge for the riots cases, Bal had been a revenue lawyer and for a brief period a judge hearing revenue and other civil cases. He had absolutely no experience of handling criminal cases, leave alone sensitive cases of communal riots. Yet he was allowed to hear not a few but all riots cases. Every case heard by him resulted in the acquittal of an accused. The cases related to the riots in Trilokpuri area, which were initially heard by him, eventually came before my court when I took charge as a special judge and in most of these cases, convictions were ordered. Congress leader H.K.L. Bhagat and another local MLA were incarcerated by me for their role in the riots and so was Kishori Lal, who the media quickly dubbed as the ‘butcher of Trilokpuri’. Of course, I paid a personal price for giving the cases the attention and seriousness they deserved.

Q) You suffered because of convicting rioters?

Prior to my appointment as the special judge of the riot cases at Karkardooma Court in 1995, for three years in a row, I was awarded an A Grade in my Annual Confidential Report (ACR). After I became the riots judge, for three years, the Delhi High Court did not write my ACR. By this time I had convicted many people in the riot cases. I was then informed that my grade was reduced from A to B+ without citing any reasons. I wrote a letter to the High Court saying that if speaking the truth is a sin for a judge, then, rest assured, I shall continue committing this sin as long as I am working as a judge. For several years then on, I was given B+ in the ACR. Then, when I presided over the trial in the Parliament attack case – there was a different party and government in power – I ordered the conviction of Afzal Guru and others. Guess what followed? My grade was further reduced to B.

Q) Were you under pressure to recommend reopening of cases filed against Madhya Pradesh chief minister Kamal Nath. The Delhi Sikh Gurdwara Management Committee had written to you with this demand and several BJP members publicly said they wanted the cases against Nath reopened.

Let me make this clear. My mandate was limited to the 199 cases referred to me. My job was not to go hunting for cases against specific individuals or to find people who would file cases against these people. From all the material on record before me, Nath’s name did not figure in any case. There is no recommendation to reopen any case against him because there was no case against him that was brought to my notice.

Q) Let us assume that in the handful of cases in which you have recommended that appeals may be filed, the courts re-examine the material on record and award convictions. After 35 years of the riots, do you hold out any hope of justice being delivered to the riot victims?

I do not believe that a conviction in a ghastly crime or massacre, after 30 or 40 years having lapsed, amounts to justice. After such a long time, most of those who had lost their loved ones have died too. To those who are alive, how do you justify a sentence after 35 years? How do you call it justice? Justice after 35 years may make for a good headline for you people in the media but for a human being who has lost everything because of that riot, it will mean nothing.