Give Peace A Chance: Imran Khan To PM Modi

A statement released by the Pakistan Prime Minister's Office said, 'PM Imran Khan stand by his words that if India gives us actionable intelligence, we will immediately act.' 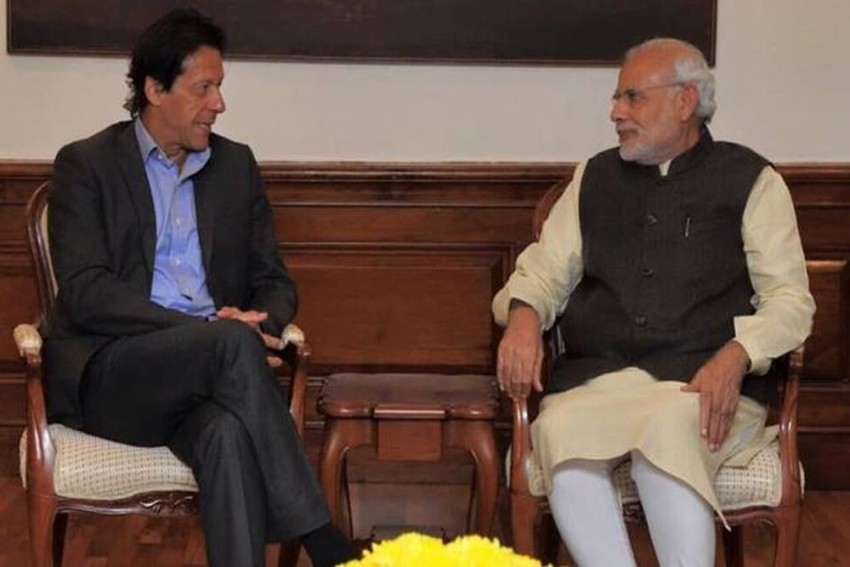 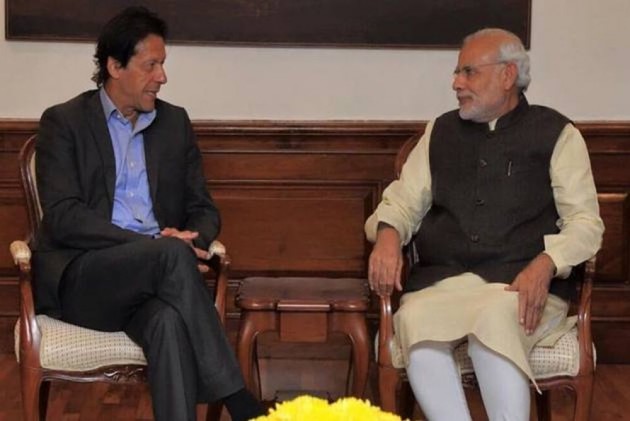 Pakistan Prime Minister Imran Khan on Sunday asked his Indian counterpart Narendra Modi to "give peace a chance" and assured him that he "stands by" his words and will "immediately act" if New Delhi provides Islamabad with "actionable intelligence" on the Pulwama attack.

Khan's remarks came a day after Modi in a rally in Rajasthan said, "There is consensus in the entire world against terrorism. We are moving ahead with strength to punish the perpetrators of terrorism...The scores will be settled this time, settled for good...This is a changed India, this pain will not be tolerated...We know how to crush terrorism."

Recalling his conversation with Khan during a congratulatory call after he became Pakistan's premier, Modi said he told him "let us fight against poverty and illiteracy" and Khan gave his word - saying he is a Pathan's son - but went back on it.

A statement released by the Pakistan Prime Minister's Office said, "PM Imran Khan stand by his words that if India gives us actionable intelligence, we will immediately act."

PM Modi should "give peace a chance", Khan said in the statement.

Earlier on February 19 also, Khan assured India that he would act against the perpetrators of the deadly Pulwama terror attack, carried out by Pakistan-based Jaish-e-Mohammad (JeM) terror group, if it shares "actionable intelligence" with Islamabad, but warned New Delhi against launching any "revenge" retaliatory action.

India said Khan's offer to investigate the attack if provided proof is a "lame excuse".

"It is a well-known fact that Jaish-e-Mohammad and its leader Masood Azhar are based in Pakistan. These should be sufficient proof for Pakistan to take action," the Ministry of External Affairs said.

"The Prime Minister of Pakistan has offered to investigate the matter if India provides proof. This is a lame excuse. In the horrific attack in Mumbai on 26/11, proof was provided to Pakistan. Despite this, the case has not progressed for the last more than 10 years. Likewise, on the terror attack on Pathankot airbase, there has been no progress. Promises of 'guaranteed action' ring hollow given the track record of Pakistan," it said.

Khan said during his meeting with Modi in December 2015, "we had agreed that since poverty alleviation is a priority for our region, we would not allow any terrorist incident to derail peace efforts, however, long before Pulwama, these efforts were derailed in September 2018".

The Pakistani premier was referring to India calling off the foreign minister-level talks with Pakistan in New York on the sidelines of the United Nations General Assembly in September last year after following the "brutal" killing of three BSF jawans by Pakistani soldiers in Jammu and Kashmir as well as the release of postal stamps "glorifying" Kashmiri militant Burhan Wani by the Pakistan government.