Ghulam Nabi Azad's Remark On Doval’s J&K Visit Will Be Used By Pakistan, He Should Apologise: BJP

BJP national spokesperson Shahnawaz Hussain said that such remarks were expected from the "people of Pakistan" and not from India's "biggest political party". 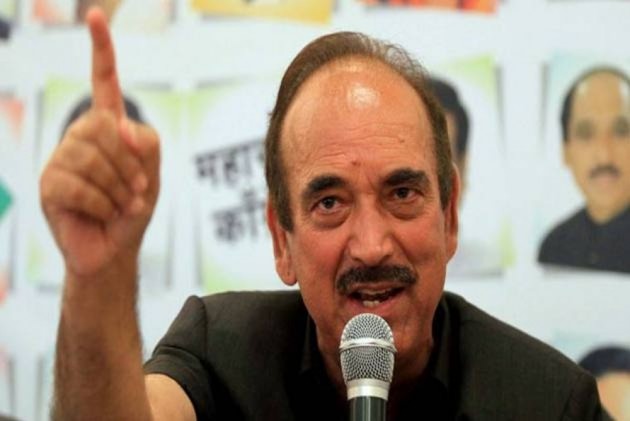 The BJP on Thursday hit back at Congress leader Ghulam Nabi Azad for alleging that National Security Advisor Ajit Doval's visit to Jammu and Kashmir was orchestrated with money, and demanded his apology, saying that the remarks could be used by Pakistan on global forums.

After the Centre stripped Jammu and Kashmir of its special status granted under Article 370 of the Constitution, NSA Doval undertook a visit to south Kashmir and was seen sharing lunch on Wednesday with locals on a footpath outside closed shops.

"Paise dekar aap kisiko bhi saath le sakte ho (You can bring anyone on your side by paying money)," Azad said when asked about Doval's visit.

Terming the comment "unfortunate", BJP national spokesperson Shahnawaz Hussain said that such remarks were expected from the "people of Pakistan" and not from India's "biggest political party".

"Ghulam Nabi Azad's comments are unfortunate. I condemn it strongly....when the NSA visits the state and meets and eats with the people of the area, the Congress says that we have paid them money?

"These accusations come from the people of Pakistan. This is not expected from a big political party like the Congress. How can you make these accusations? This statement will be used by Pakistan on global forums. He should immediately apologise for the comments," Hussain told a news channel.