It is the government's way to distract attention from the protest," a farmer leader said. 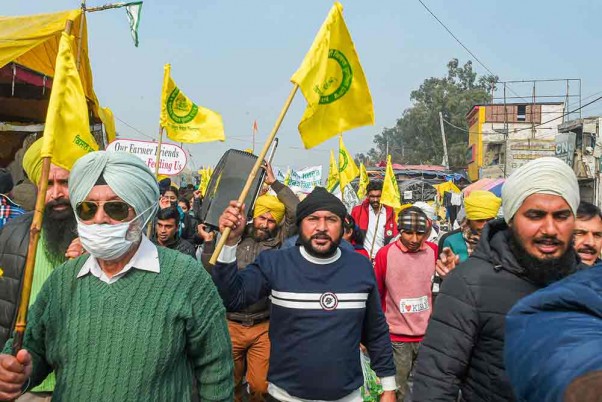 Protesting farmer unions on Tuesday said the members of the Supreme Court-appointed committee are "pro-government", adding that they will not appear before it.

The Supreme Court earlier in the day stayed the implementation of the controversial farm laws till further orders and set up a four-member committee to resolve the impasse between the Centre and the farmer unions protesting at Delhi's borders over the legislations.

Addressing a press conference at Singhu border in Delhi, farmer Union leaders said they will continue their protest against the three legislations.

"The members of the SC-appointed committee are not dependable as they have been writing on how agri laws are pro-farmer. We will continue our agitation," farmer leader Balbeer Singh Rajewal said.

Also Read| We Welcome SC Order But We Will Continue With Our Protests: Farmers’ Unions

The farmer leader said that unions never demanded the apex court form a committee to resolve the impasse over the laws, alleging the central government is behind these developments.

"We are against the committee on principle. It is the government's way to distract attention from the protest," he said.

Another farmer leader Darshan Singh said they will not appear before any committee, adding Parliament should discuss and resolve this issue.

"We don't want any external committee," he said.

However, the farmer leaders said they would attend the January 15 meeting with the government.

Thousands of farmers, mostly from Haryana and Punjab, have been protesting at several border points of Delhi since November 28 last year, demanding a repeal of the three laws and a legal guarantee to the minimum support price (MSP) system for their crops.