The Centre mentioned that it has come to the knowledge of the security agencies that a small group of protesting individuals or organisations have planned to carry out a tractor march on Republic Day. 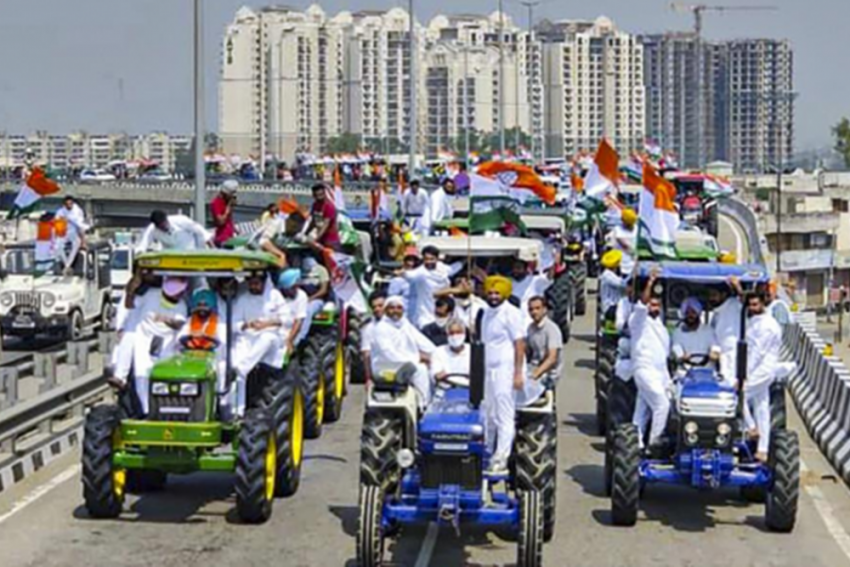 The Centre has requested the Supreme Court to stop the proposed tractor or trolley farmer’s march or any other kind of protest which seeks to disrupt the gathering and celebrations of the Republic Day on January 26.

The Centre mentioned that it has come to the knowledge of the security agencies that a small group of protesting individuals or organisations have planned to carry out a tractor march on Republic Day.

"It is submitted that the proposed march is slated to disturb and disrupt the august celebrations of nation on Republic Day and would be bound to create a massive law and order situation," the application filed through the Delhi Police said.

"It is submitted that the said proposed march/protest seeks to disrupt and disturb such celebrations which is bound to create a serious law and order situation and will cause an embarrassment to the nation," it said.

"It is submitted that the Republic day function on January 26 each year has its own constitutional as well as historical significance. The January 26 Republic Day ceremony is not an isolated standalone ceremony rather a grand rehearsal takes place on January 23 where everything which is to happen on January 26 of each year is rehearsed," the application said.

"Any disruption or obstruction in the said functions would not only be against the law and order, public order, public interest but would also be a huge embarrassment for the nation," it said while referring to the Republic Day ceremony.

It requested the top court to restrain anyone from conducting any protest march either in the form of tractor march, trolley march, vehicle march or any other mode by entering into the National Capital Region Territory of Delhi.

Earlier in the day, the top court pulled up the Centre for its handling of the farmers protest against the new farm laws saying it was "extremely disappointed" with the way negotiations between them were going and it would constitute a committee headed by a former Chief Justice of India to resolve the impasse.

Indicating amply that it may go to the extent of staying the implementation of the contentious farm laws, the apex court refused to grant extra time to the Centre to explore the possibility of amicable solution, saying it has already granted the government a "long rope".

The eighth round of talks between the Centre and the farmer unions on January 7 headed nowhere as the Centre ruled out repealing the contentious laws, while the farmers' leaders said they are ready to fight till death and their 'ghar waapsi' will happen only after 'law waapsi'.

The apex court had earlier issued notice and sought the Centre's response on a batch of pleas against the three contentious farm laws -- the Farmers' (Empowerment and Protection) Agreement on Price Assurance and Farm Services Act, the Farmers' Produce Trade and Commerce (Promotion and Facilitation) Act, and the Essential Commodities (Amendment) Act.