Sivasankar accused of being involved in smuggling gold though diplomatic channels 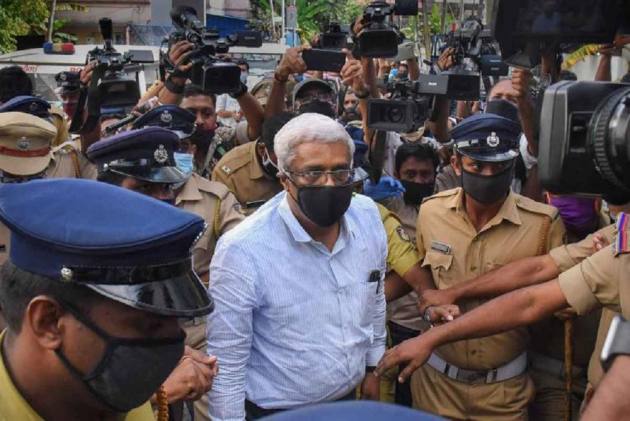 Suspended IAS officer M Sivasankar was on Thursday remanded in judicial custody till November 26 by a court in Kochi in an Enforcement Directorate case related to money laundering charges in the Kerala gold smuggling racket.

The Special Court for Prevention of Money Laundering Act (PMLA) cases passed the order when Sivasankar was produced before it on expiry of his ED custody. The former principal secretary to Kerala Chief Minister Pinaryi Vijayan, arrested by the ED on October 28, was in the custody of the central agency for a total of 14 days. Meanwhile, the agency strongly opposed the bail application of Sivasankar when it came up for hearing in the court on Thursday.

The court, which heard the arguments of prosecution and the defence in detail, posted the matter for Tuesday for orders. The ED alleged that Sivasankar had a role in the gold smuggling through the diplomatic channel.

The counsel for Sivasankar countered the ED's argument, saying the allegation was raised based only on the statements given by Swapna Suresh, prime accused in the gold smuggling case, during her custodial interrogation.

In an affidavit filed in the court on Wednesday, the ED had stated that Suresh has given a statement to it claiming that Sivasankar and his team in the Chief Ministers Office (CMO) were aware of the smuggling of the gold through the diplomatic channel.

The National Investigation Agency, Customs and the ED are conducting separate investigations into the seizure of gold worth nearly Rs 15 crore from a diplomatic baggage of UAE Consulate at Thiruvananthapuram airport on July 5.

The ED has alleged that Sivasankar had intervened to get the diplomatic baggage containing smuggled gold cleared without examination by the Customs at the Thiruvananthapuram international airport. The IAS officer was suspended after his links to Suresh surfaced.