Amlasole in West Bengal had hit international headlines 15 years ago following the deaths of five members of Sabar tribe due to hunger and malnutrition. 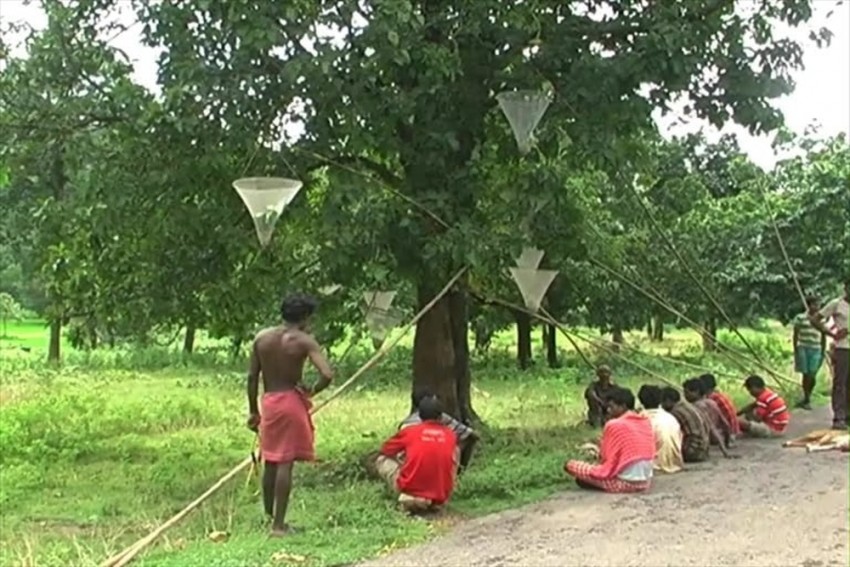 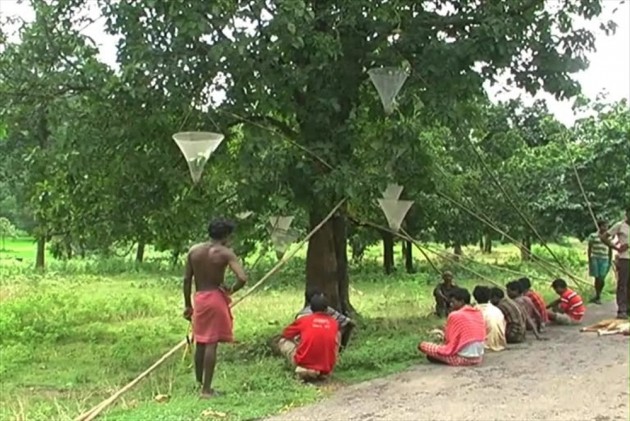 Nestled in the lower reaches of Lakhaisini hills with dense forests stretching out around it, the first thing that strikes you about Amlasole, a tiny village of the Sabar tribe, is its serene beauty.

The wild jungles of Sal, Mahua and Kendu, the occasional raucous cry of a peacock, and tales of wild bears and extremely venomous snakes that make gathering firewood a death-defying task, all contribute to the realisation that nature rules supreme in Amlasole on the borders of West Bengal and Jharkhand.

The Sabar tribe finds mention in the Hindu epic Mahabharata. The British Raj described them as one of the “criminal tribes” under the Criminal Tribes Act 1871.

The recent marks of civilisation are a few thatched huts, a rare herd of cows and more recently, a ration shop, tube wells and concrete roads.

The harsh reality of their lives of lifelong toil and permanent poverty present a stark contrast to the scenic beauty of this remote village, 330 km from Kolkata.

Their daily lives are not the same as in any other village as they go for harvesting Kurkut, red ants’ eggs. It’s rather unique. Mothers do not go to their work while balancing children on their hips fearing attack by wild bears. Young boys run around with hardly an ounce of clothing, and everybody is home much before dark.

The shadow of this area's infamous past can still be seen in the surprise commando checks or ‘naka police checking’, as the Belpahari police station calls it, which are introduced to prevent a resurgence of the Maoist power that once controlled the area falling in the Jungle Mahal area in Jhargram Lok Sabha constituency. The area used to be a hotbed of Maoist activities before Mamata Banerjee-led Trinamool Congress (TMC) came to power in West Bengal in 2011, uprooting 34 years of the Leftist rule.

Amlasole had hit international headlines 15 years ago following the deaths of five members of Sabar tribe. They died due to hunger and malnutrition. The victims included Shambhu Sabar (25), Sanata Sabar (50), Nathu Sabar (51), Shamay Sabar (55) and his daughter Mangoli Sabar (33). They used to survive by eating Kurkut.

Life became easier since then, although by no means rosy, and now they have a regular supply of cheaply available rice by Mamata Banerjee government and look forward to having more mundane problems solved, such as having doctors regularly visiting the primary health centres in the region, ready supply of mosquito nets to prevent malaria, jobs for men, electricity for longer hours and drinking water.

Picturesque for the outside world, the hills and forests are replete with the dangers lurking behind the facade.

While the forest-dwelling tribe lacks experience in agriculture, the options of traditional livelihood like a gathering of wood, Sal and Kendu leaves also dwindled with rampant deforestation. The demand for forest produce like Sal leaves has drastically diminished with the advent of the thermocol and paper plates. The Sal leaves plates have been a traditional source of income for the adivasis of Amalasole-Kankrajhore.

The disadvantaged groups of Jungle Mahal started nurturing hopes of a better life after the regime in west Bengal changed in 2011. Maoist insurgent Kishenji was killed by the police the same year. Mamata Banerjee was the first Chief Minister to visit Amlasole in 2014.

The West Bengal government recruited a large number of young boys and girls in the state police. However, the benefits of jobs went to “the influential groups and powerful families of Jungle Mahal”, according to Handu Singh Mura, a villager.

Banerjee tried to ensure that no one died of starvation even in the remotest areas of her state, besides providing roads, electricity and health facilities to the disadvantaged areas.

A ration shop run by Sunil Manki, which was closed during the Left rule, began operating in full swing after Banerjee came to power.

The condition of roads in Amalasole witnessed sea change. “Concrete motorable roads are now reality for us in Amlasole,” said a villager Niyoti Manki.

“We need better health infrastructure as more doctors and basic modern equipment are needed at the primary healthcare centre here. A few years ago (read Left Front regime), there was no health infrastructure at all. Villagers used to die due to malaria and tuberculosis. Now things are better. We need steady jobs for our boys, steady drinking water supply and round-the-clock electricity,” said Jamuna Mahato, adding that they get rice at Rs 2 per kg thanks to ‘Didi’ (as Mamata Banerjee is often called).

On the employment scenario of adivasis, Niyoti Manki said that a few men have left the village in search of jobs, travelling down to southern states. “They would be back here to cast their votes on May 12,” she said.

The villagers of Jhargram Lok Sabha seat are now upbeat to cast their votes with the elections round-the-corner. The constituency is likely to witness a fierce battle between the ruling TMC’s Birbaha Soren and BJP’s Kunar Hembram.

A sense of unease can be noticed among a large chunk of the Bharat Jakat Majhi members now after Birbaha has been fielded by the ruling TMC.

“These 1.5 lakh tribal voters may not vote for the TMC this time as they have their own candidate resulting in a dent in the ruling TMC’s vote bank,” locals said adding that the TMC fielded Birbaha to attract votes of Rabin Tudu’s organisation. “But the TMC’s political strategy does not seem to have clicked,” they said.

Chitta Mahato, a political observer, said that with the CPI-M being diminished and a large numbers of tribals not happy with the ruling TMC, the battle is going to be fierce between the TMC and the BJP.

He added that those who “had nothing” a few years ago have become quite rich overnight “reportedly by the blessings of the ruling party”.

“The villagers also protest against corruption.”

On the other hand, pro-TMC local social tribal organization Bharat Jakat Majhi Maroa which organized movements against Rabin Tudu’s Majhi Pargana Mahal is also up in arms against the TMC with their 1.40 lakhs members protesting against Birbaha’s candidature. “We are not sure what our members are going to do this time,” said spokesperson Purna Soren.

“In a Lok Sabha seat, nearly three lakhs votes matter a lot,” said senior local BJP leader, Sukhomoy Satpahty adding that the tribal community is up in arms against the ruling TMC as promises were not fulfilled. “Villagers not only need rice, they also need jobs, health facilities, education and round-the-clock electricity and water supply,” he said.

Advasis showed a yellow card to the TMC in rural polls. The BJP got a boost following the TMC ‘s setback in parts of Jungle Mahal in rural polls in 2018. The TMC lost 29 gram panchayats out of 79 in Jhargram to the BJP and independents.

Senior local TMC leader Rahala Hansda, however, refused to budge under pressure saying “We are in a better position.”