Union minister Smriti Irani took a dig at Congress leader Priyanka Gandhi Vadra on Tuesday and said the party that refused to believe in the existence of Lord Ram has now turned into an outfit of Ram followers. 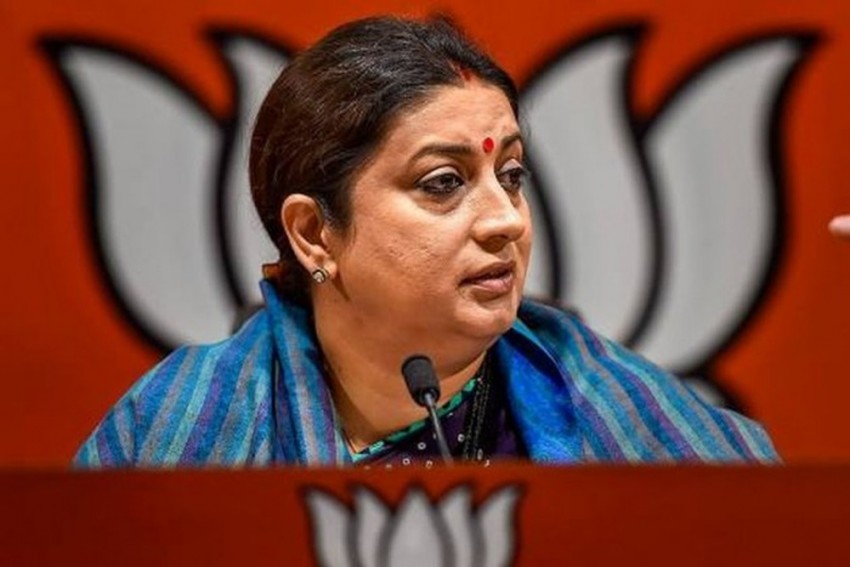 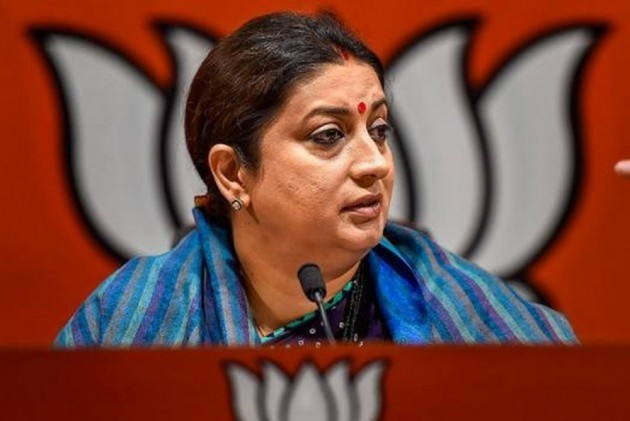 Union minister Smriti Irani took a dig at Congress leader Priyanka Gandhi Vadra on Tuesday and said the party that refused to believe in the existence of Lord Ram has now turned into an outfit of Ram followers.

"The Congress party which presented documents in the court saying there is no existence of Lord Ram... the leader of that very party Priyanka Gandhi is moving about as a 'Ram bhakt'," Irani said.

The Union Textiles Minister was apparently referring to the UPA government in 2007 withdrawing from the apex court an affidavit filed by the ASI claiming there was no historical or scientific evidence to establish existence of Lord Ram and Rama Setu as a man-made bridge.

Irani's remarks also come in the backdrop of Priyanka Gandhi's proposed visit to Faizabad and Ayodhya later this week.

Addressing a public meeting in Uttar Pradesh, the Union minister also tore into the Congress for reportedly coining terms like "Hindu terrorists".

The BJP had accused the opposition party of using the term "saffron terror" following the acquittal of right-wing activist Aseemanand and four others in the 2007 Mecca Masjid blast.

Irani, who is fighting the upcoming Lok Sabha polls from Amethi, alleged that Congress leaders who once said "Hindus are terrorists" have now taken up 'janaeu' (scared Hindu thread).

She also hit out at the opposition party for its stand post the IAF strikes in Pakistan's Balakot.

"The people of India want development and so want to see a poor as the 'pradhan sewak' of the country... the benefits of the government schemes are today reaching the poor," she asserted.

She asked the crowd, "Can an elephant ever sit on a bicycle... what more can be said when the bicycle itself will be punctured."

Elephant and cycle are the respective poll symbols of alliance partners BSP and SP.

If Voted To Power, PDP Will Scrap Ban On JKLF, Jamaat-e-Islami: Mehbooba Mufti