Bulli Bai: Sulli Deals 2.0? All You Need To Know About The Online 'Auction' Of Muslim Women

The IT Ministry is looking into the issue of the online 'auction' of 100 Muslim women whose photos were shared on an app called 'Bulli Deals' on Github.

On the first day of the year, several Muslim women woke up to a horrifying sight on social media - their own photos splashed all over an illegal site meant to "auction" them to online bidders.

Days after the "Bulli Bai" controversy regarding the online "auctioning" of noted Muslim women in India surfaced, the Delhi Commission for Women on Monday took suo-moto cognizance of the issue and has sought a report from police officers. The Delhi Police has registered an FIR against unknown persons for allegedly uploading a doctored picture of the woman journalist on a website.

The issue surfaced after several prominent Muslim women including journalists and civil society voices, reported their profiles being shared on online apps like 'Bulli Bai' and 'Sulli Deal', uploaded on a platform called Github.

What is Bulli Bai?

Bulli Bai is an app that surfaced on January 1, 2022 on Github, a platform for developing and hosting software using Git. About 100 Muslim women including prominent voices in journalism, civil society found their images and profiles on the site, which invited bids for auctions on the women.

According to the victims, the profiles, which contained images and other personal details of the victims, were created and being propagated without the consent of the women.

This, however, is not the first time that such as incident has occurred.

A rehash of "Sulli Deals"? 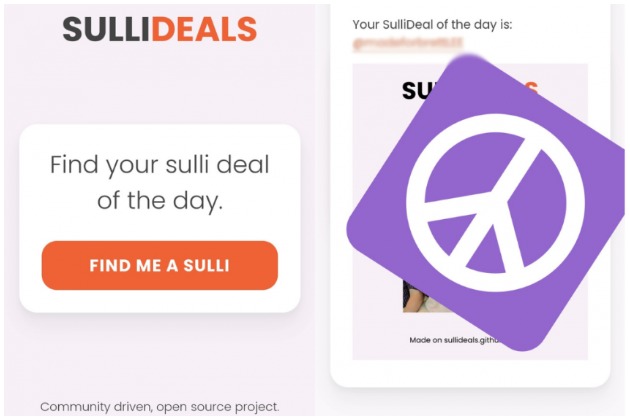 In July 2020, a similar app by the name of "Sulli Deals" emerged, putting several Muslim women up for "auction" to online bidders. The term "sulli" is a derogatory word used to refer to Muslim women. The app was taken down following outrage by noted Muslim women who were on the app as well as others in civil society. However, no legal action had as yet been taken against those behind the app. Many of the victims who found themselves on the Bulli Bai app were repeat victims and have since claimed on social media that inaction on part of authorities may have emboldened the offenders. The Delhi Police had registered an FIR in July last year after DCW's intervention. However, no arrests have yet been made.

Outrage over sexism and communalism

The Bulli Bai controversy led to outrage from several sections of society including politicians across parties. Congress leaders like Congress' Shashi Tharoor denounced the "selling" of people online as while former Congress Vice President Rahul Gandhi called the incident an "insult of women".

PDP president Mehbooba Mufti went one step further and alleged that "fringe elements" targeting Muslim women online had "official patronage" and added that it was "appalling" that criminals were being given a "free run".

The incident also led to outrage against the communal forces at play behind it. The All India Progressive Women's Association alleged that "Hindu supremacists" were behind this and expressed solidarity with the victims.

The outrage of the Bulli Bai controversy has led to action from cyber cells of various state police departments as well as the Union IT ministry with Ashwini Vaishnaw informing that the site had been taken down from Github. According to the minister, GitHub, the hosting platform confirmed blocking the user. Police authorities, along with Indian Computer Emergency Response Team (CERT) - the nodal agency that deals with cyber security threats - are probing the matter and coordinating further action. FIRs have been lodged under relevant sections by Delhi Police while police in both Maharashtra and West Bengal have lodged complaints against the developers of the apps and the Twitter handles that promoted the app.

Delhi Police officials have been directed to appear before NCW on January 6 with the complete case files of both matters.