As SP, BSP Join Hands, Congress Says It Will Go For A Friendly Fight

The SP-BSP alliance is going to combine two social blocs - a section of Dalits and a section of OBCs. It will create a problem for the BJP, says political analyst Badri Narayan. 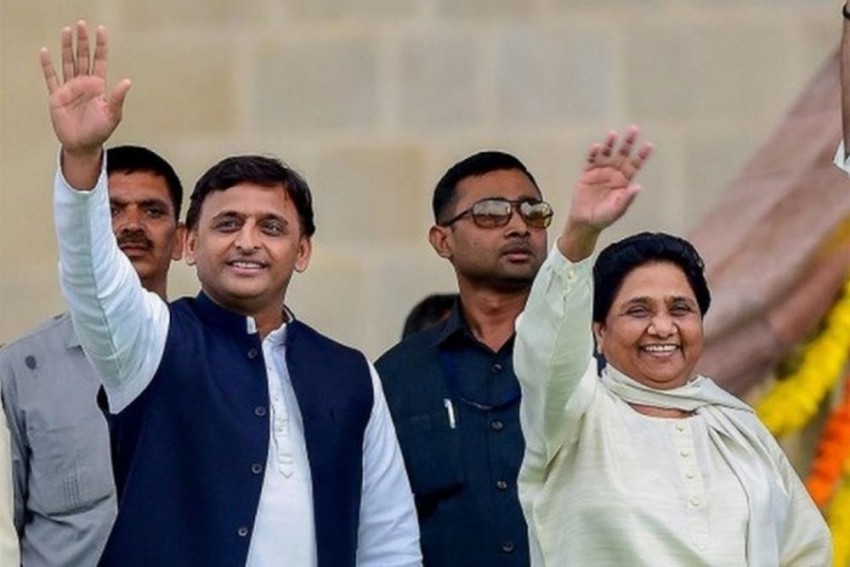 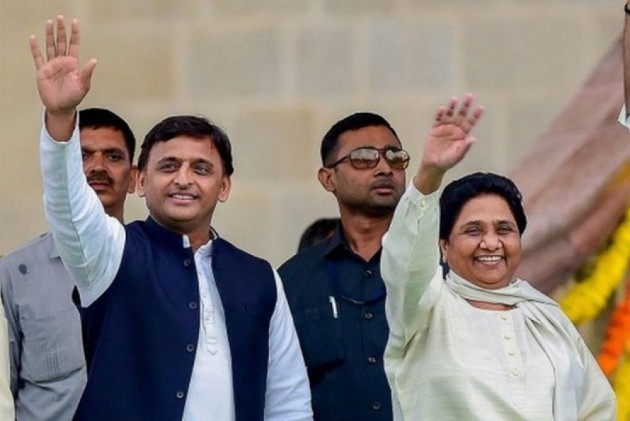 Once arch-rivals, the Samajwadi Party (SP) and the Bahujan Samajwadi Party (BSP) announced their alliance for the 2019 Lok Sabha polls, keeping the Congress out of the tie-up. The move has raised questions on the consolidation of non-NDA parties in Uttar Pradesh, which sends 80 legislatures to the Lok Sabha.

Out of the 80 Lok Sabha seats, both the parties will contest 38 seats each, leaving two seats for smaller allies. Though BSP leader Mayawati maintained that the Congress wouldn’t be a part of the alliance, she made it clear that they would not field candidates in Amethi and Rae Bareli, represented by Congress president Rahul Gandhi and UPA chairperson Sonia Gandhi.

Though the Congress is maintaining silence over SP-BSP tie-up, senior leader Manish Tewari has said the party will come out with a detailed response soon.

Another senior Congress leader, on condition of anonymity, said that though the Congress is not in the alliance at present, it will work out a measured backroom strategy and the party will go for a friendly fight in the state.

The leader said the Congress is aware that it’s not the time to engage in petty politics. “Congress is not blind to the fact that it should not give up seats to the BJP and the other side also knows it. The party’s effort will be to make the combine larger in terms of seats, and to make sure that the alliance will not be losing out on seats because of any clash,” he said.

Reacting to Mayawati’s allegations about Congress’ inability to transfer votes and charges of corruption, he said that it’s only “posturing”.

“The posturing has to be done to say that we are not on any particular side. There are cases against the SP for mining and there are other cases pending. The parties will be sharing their cards close to the elections, say March,” the Congress leader said.

The unfolding of political drama in the most populous state is being watched eagerly as it’s believed that it will decide who wields the mantle in Delhi. The coming together of the SP and BSP also signifies the end of a 26-year- long bitter relationship between the two parties.

The move is also significant as it’s a repeat of 1993 when SP supremo Mulayam Singh Yadav and Bahujan leader Kanshi Ram joined hands to fight against the BJP. Though the relationship ended on an ugly note after two years in 1995, Mayawati had said that she has decided to bury the hatchet to fight the ‘castiest’ enemy BJP.

On Saturday, Mayawati said the SP-BSP alliance will give “sleepless nights” to the BJP leaders. Political observers, too, are of the view that the saffron party has enough reasons to worry.

Terming that the alliance will alter the poll arithmetic, political commentator Neerja Chowdhury said it will impact the fortune of the BJP in other states also. “The alliance is going to throw a formidable challenge to the BJP. Uttar Pradesh will have a ripple effect in other states,” said Chowdhury.

Political analyst Badri Narayan echoes the view. “It’s very clear. The alliance is going to combine two social blocs - a section of Dalits and a section of OBCs. It will create a problem for the BJP,” said Narayan.

However, analysts also feel that the alliance would have created more impact had the Congress been part of the bloc.

“If the Congress had joined the alliance, it would have been a plus. There is also thinking that if the Congress goes alone, it will get the upper caste Brahmin votes and dent the BJP. It needs to be seen whether the reservation bill has placated the upper communities,” says Chowdhury.

Analysts also feel that BJP stands to lose 35- 40 seats when the SP, the BSP and the RLD come together in 2019.

'Perhaps This Isn’t the Last Word’: Chidambaram On SP-BSP Alliance Snubbing Congress In UP