Amit Saigal (6 July 1965 – 5 January 2012), the founder of Rock Street Journal, died by drowning while swimming with friends in Goa. A childhood friend pays tribute to a true rockstar 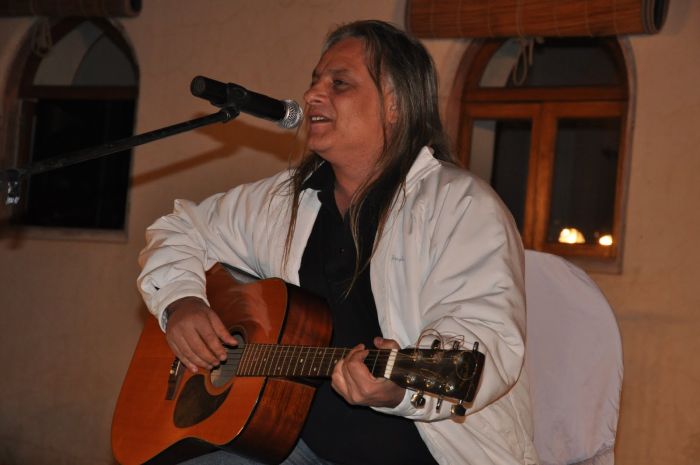 I was on my way to Dabolim airport from Anjuna on Thursday when my phone rang twice around 1.30 pm flashing "Amit Saigal". I had called Amit two days earlier when I was at Ashwem beach. I knew he was staying there.

My call had gone unanswered—so typically Amit, I told myself.

When I saw his name flash on my mobile phone screen I thought he was returning my call.

I could not take it as I was checking in at the airport. Once I had done so, when I called him back on his number, it was not Amit on the other side; it was Gavin, his friend from Australia, with whom I was vaguely familiar. Thanks to the noise of the airport announcements and Gavin’s accent, I could barely make out what he was saying.

And then Gavin said: "Amit is dead."

Amit and I had known each other since we were five years old. We had gone to the same school, St. Joseph’s in Allahabad. Amit stood out due to his unusual looks among us, Allahabadis. His complexion was western white; his hair was light in colour, almost blond. Amit was built stoutly; he looked handsome.

Teachers at our school pinched his cheeks often. He was never the one who scored high grades but had a flair for writing English. Due to his appearance many of us thought he was a foreigner or an Anglo-Indian and kept some distance from him.

In school Amit remained a bit of a mystery for us even though he would try his best to make us laugh with his fake ‘angrez’ accent, which mostly went beyond our comprehension. He could mimic very well at school functions; he was good at holding an audience's attention. Despite his well-heeled background (a bahadur used to bring hot food every afternoon at the lunch recess for him) anyone of us who broke the ice with him found him to be just like us.

Amit Saigal came from an aristocratic family of Allahabad engaged in the business of printing UP government’s school books and stationery. His grand uncle was an Independence revolutionary of sorts and ran a publishing company by the name of Chand Press in the 1930s and 40s.

The Saigals lived in a sprawling bungalow in the Civil Lines area and owned furniture and cutlery that would rival the Nehrus of Anand Bhawan. The Shankaracharya had stayed at the Saigal household at a time when Maharshi Mahesh Yogi was his mere sewak.

After we had finished our school, Amit’s dad sent him to England to attend a printing technology fair. The experience could come in handy in running the family press, or so Saigal senior thought. But when Amit returned from ol' Blighty, his suitcase only contained literature on his future port of calling: rock music.

Rock music in Allahabad of the 1980s might sound like Teejanbai performing for the Pope, but the truth was slightly different. Due to a sizeable Anglo-Indian community, there were a small yet die-hard rock music loving gentry. With the help of the gear he got from his England trip Amit started a rock band on the Prayag.

Amit and I lost touch with each other after school, after my family moved to Delhi. In 1993, with his then wife Shena, Amit started India’s first rock magazine from Allahabad, The Rock Street Journal, a sort of cut-paste job from foreign music magazines peppered with profiles of a few Indian rock bands.

Initially RSJ was a sheaf of stapled sheets put together by Amit and Shena and handed out by them personally at the IIT festivals. Soon the magazine became hugely popular among the student communities of the metros. Over a period of time, Amit became a cult-like figure among the youth of India’s northeastern states.

He once received a fan-mail, which the writer claimed to have written with his own blood.

When we met again around 1996, our professions were a bit similar. Amit asked me to design the glossy format RSJ. The cute little boy from school had grown his hair. It was turning silver now, flowing below his shoulders, a la rock star.

He looked even more incongruous than in Allahabad.

Don't you get cat-calls in Allahabad for your women-length hair, I once asked him.

That was Amit. He conformed only to the extent where he would not make his peers too unhappy with what he did. His rock star spirit was genuine; he did not work at it, he was born with it. He liked himself to be a bit on the edge, but one foot was always firmly planted on the ground.

Indian independent musicians will remain ever indebted to Amit Saigal for the possibilities he opened up for them in his lifetime. In the mid-90s RSJ started an annual three-day independent rock music festival, The Great Indian Rock at Delhi’s Hamsdhwani theatre with a capacity crowd of 10,000.

For the first time Indian rock bands from across the country found a professionally managed platform to perform for a large audience. GIR over the years discovered many amateur rock bands that are professional bands now.

A few years later, Amit, now fondly called "Papa Rock" by the army of musicians he unearthed and honed, started club gigs called Rocktober-fest in many cities of India. The surge of live-bands we see now playing at different bars and restaurants all over the places in emerging India were triggered by RSJ a good decade back.

In 2009, Amit Saigal’s RSJ banner was up for more than 200 nights at different gigs all across India.

In 2004, RSJ took the rock band Orange Street for a 4-country rock tour of Sweden, Norway, Estonia and England. This again was the first time an Indian rock band was touring Europe at this scale. I followed the band on this tour as a writer and a photographer for Outlook.

We met a few times during the festival and he told me how physically exhausted he was putting together a festival of this size. He wanted to take a break from work, to re-energize himself in Goa for a few weeks, like he always did at the end of the year. I told him I’d join him towards New Year's Eve.

Around 10 in the morning on January 5th, Amit sailed out with Gavin and a few others on Gavin’s boat from Panaji dockyard to sail to Palolim. About 100 metres before Palolim beach, the boys jumped into the calm waters of the Arabian sea for a swim. They were a having a lot of fun swimming. Amit said to Gavin that next year he would bring his daughter Aditi over.

Amit floated on his back gazing at the blue skies above, his favourite position when he used to be in the water. At some point his mates noticed he was floating face down on the water. They sensed something was amiss. They pulled Amit on to the boat, gave him the oxygen mask to breathe. But it was too late.

Papa Rock had already left to organize another gig, in another world.