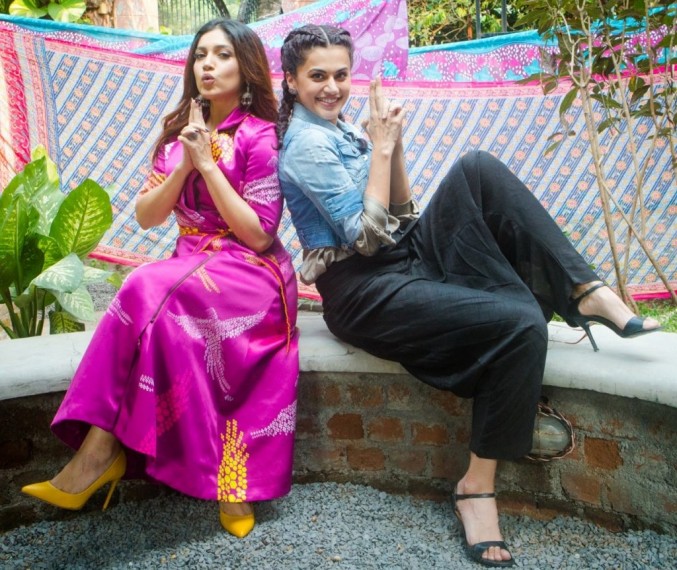 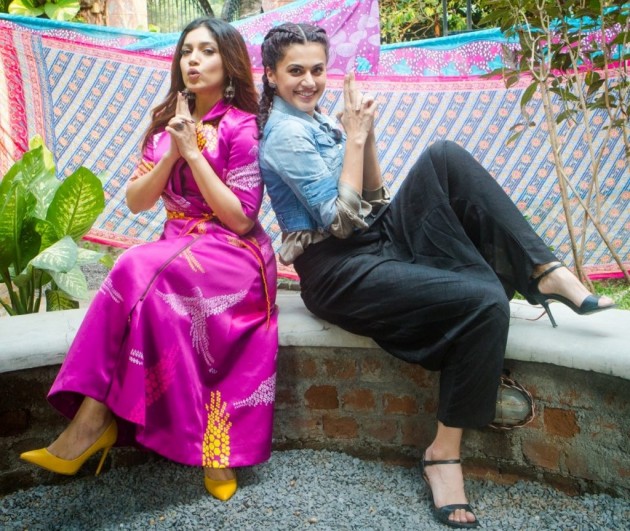 Actors Taapsee Pannu and Bhumi Pednekar are all charged up for the release of their upcoming movie Saand Ki Aankh. Based on the life of India’s oldest shooters Chandro Tomar and Prakashi Tomar, the film’s teaser oozes of high spirits, energy and fun. Surely all the excitement is contagious, since the two actresses seem to be completely thrilled about it and their social media conversation is a testimony to that.

"Courage" is not just a word in the dictionary. It becomes a real thing when you get to know Tomar Dadis! #SaandKiAankh @taapsee

Responding to the tweet, Taapsee who plays the role of Prakashi Tomar in the film, posted,

You bet, @bhumipednekar! I think #SaandKiAankh is a revelation for both of us. And dadis, you are rockstars!

It didn’t stop there. Both the talented actresses seemed to tell their followers more. Bhumi further posted and introduced Prakashi Tomar.

As a goodwill gesture, Taapsee too introduced Bhumi’s onscreen character of Chandro Tomar.