In an interview with Outlook, actress Divya Dutta talks about her role in Sheer Qorma, a love story about two queer women. 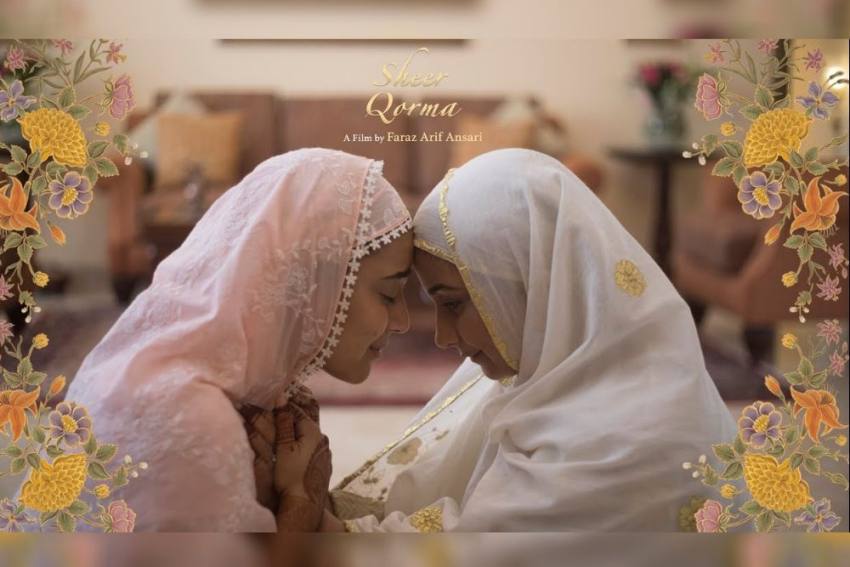 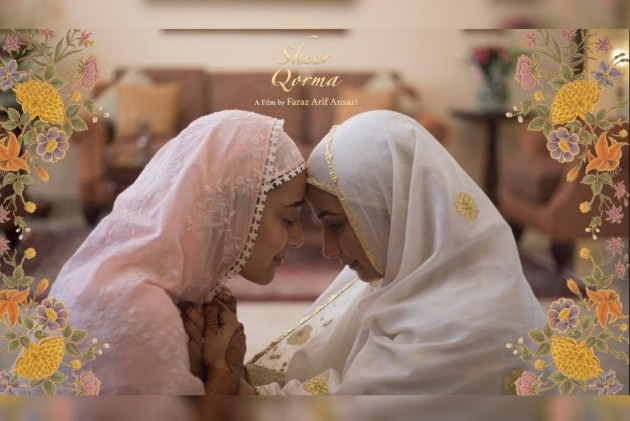 Sheer Qorma is the latest movie on the subject of LGBTQ. The film portrays the love story of two queer women and how they battle against their families and the society for the want of acceptance. Actress Divya Dutta, one of the lead characters in the movie, talks to Outlook’s Lachmi Deb Roy about her role and why she accepted it in the first place. Excerpts.

Tell us  about your role in Sheer Qorma.

It is a story about Saira and Sitara and I am playing the role of Saira. The film shows a beautiful relationship between Saira and her partner and how she seeks acceptance from her mother. The character is very layered, beautiful and extremely emotional. This film is really special to me because I had taken a break of six months before accepting this film. Basically, I was trying to figure out what I wanted to do and this was the first one that came to me and I said ‘yes’. Faraz Ansari, the director of the film, told me if I did not play the role of Saira, then he would not make the film as this role was only for me to play. And when I heard the story from him, I instantly said yes to it. I felt the story is something that people will watch and the film is not simple, but the audience will definitely take back something after watching it.

Did you have any reservations about taking up the role?

You know, I never really bother about what the tallies talk about, I just go with my gut feeling and I was very sure that this was something that I wanted to portray as an actor. The moment I got to the set, I became Saira. My body language changed and I thoroughly enjoyed playing the role. After doing this film, I feel I can relate to the LGBTQ community in a far more beautiful way. It is a beautiful relationship between two people who want to be loved and accepted by their own people. And this urge of wanting to be accepted is a very important emotion.

You have been critically lauded for films like Bhaag Milkha Bhaag and Badlapur. Do you consciously make an effort to choose roles that are meaningful or they just come your way?

It comes my way, but when it comes my way, I give my best to it. It is like a good recipe given to you and you add your own to it and that’s the way it becomes your own.

What is your take on the films based on the LGBTQ community?

I think, sometimes, when we make an issue about something and keep segregating it from the normal, it becomes abnormal. So, we should just take it in our stride and stop segregating it as ‘these kinds of movies’. I think we should handle these roles lightly so that people can absorb the concept normally. We have the tendency of doing it with women-oriented film and labeling it. We should take it as just another film, based on a different topic. If there are directors who feel like making a film on the LGBTQ community, they will make it and the audience will watch it. There are a lot of films like Shubh Mangal Zyada Saavdhan which was a recent hit.

Do you think the audience has also changed over a period of time and they have become more particular about their choices of films?

People are very selective and sharp now. They know what they want to watch. It is an exciting time, both for the makers and the viewers.

Which is your favourite platform?

When I came to the industry, I was one of those very few actors who were there on all platforms. My idea as a craftsman was any role I do, I must stand out. Today, you cannot undermine the OTT platform because that is the most popular platform. Now we have bigger films coming out on OTT and that is a real path-breaking thing and you have all the big stars playing in it. I never really bother which platform my film is coming on. The only thing that is important to me is that I should stand out in whatever I am doing and enjoy it at the same time. The only thing that I will be skeptical about is television because I feel bored doing the same roles. And if I feel so, I don’t think the audience will also enjoy watching me.