The narrative of the movie just makes you empathise with the protagonists and all those who became refugees in their own country for no fault of their own. 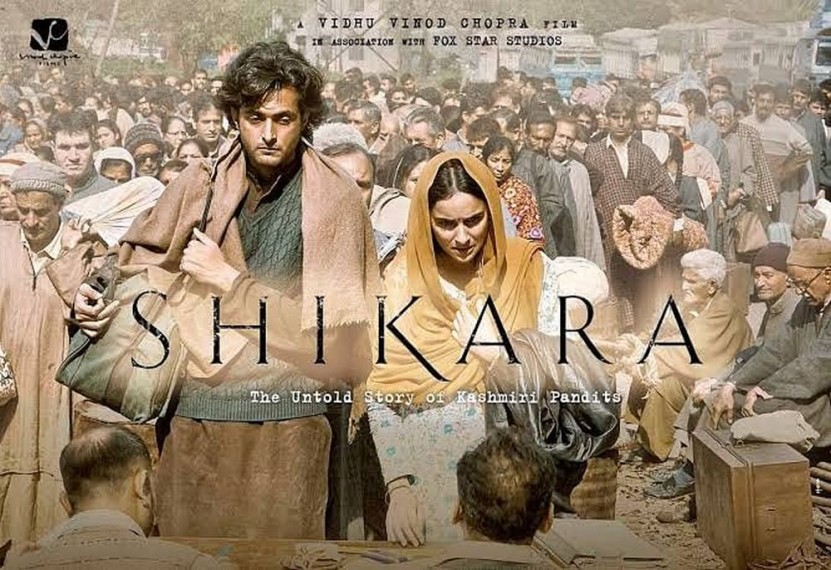 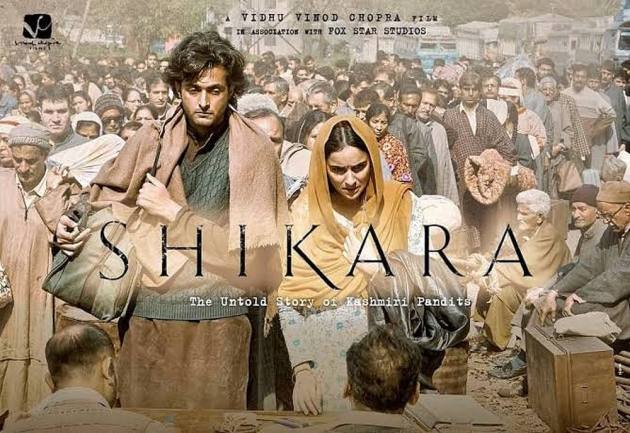 If it has taken Vidhu Vinod Chopra eleven years in all to make his latest film, it would be no exaggeration to say that his labour of love is worth all the time and trouble he may have taken to complete it.

Shikara, Chopra’s first Hindi directorial venture since Eklavya : The Royal Guard (2007), is arguably his best since his Parinda (1989), which is quite an achievement considering the fact it does not boast of any star, big or small. Far from it, it features two young debutantes – Aadil Khan and Sadia – in lead roles of a Kashmiri Pandit couple who are forced to leave their beautiful house named Shikara with the rise of militancy in the Valley in 1990.

But it is a not a movie with political overtones. It is a moving story about a couple in love, Shiv Kumar Dhar and his wife Shanti Dhar, played brilliantly by Khan and Sadia, and also about the four lakh-odd other Kashmiri Pandits who were caught in the vortex of violence because of their religion.

Based on a script written by Abhijat Joshi, Rahul Pandita and Chopra himself, the film captures the plight and predicament of the Pandit community through what the film-maker calls ‘a timeless love story in the worst of times’. Aided by stunning cinematography and evocative background score, Shikara is doubtless Chopra’s triumph as a film-maker, as he manages to tell the story of one of the biggest tragedies of contemporary India with all his heart and soul, without ever trying to be judgemental or politically correct. Also, it is neither melodramatic nor didactic and does not dare to offer any solution, political or otherwise, to the lingering problem. The narrative just makes you empathise with the protagonists and all those -- both in the reel and real lives -- who became refugees in their own country for no fault of their own. The movie ends with a simple message of optimism and hope that the Pandits will sooner or later return to their beloved valley.

It is certainly brave of Chopra, himself a native of Kashmir, to have made Shikara but, as he says, he has had a personal and an emotional reason to do so. It is his tribute to his late mother Shanti Devi, who passed away in Mumbai in 2007 with an unfulfilled dream to return to her home in Kashmir in her lifetime.

Chopra, to his credit, has risen to the occasion pulling out all the stops to make it a memorable movie. Even though Shikara opens with a disclaimer that is a fictional story, you can still feel the lines between the real and the reel getting blurred at times. The scenes of the burning of the houses of the Pandit community and the return of the Pandit couple to their house, occupied by a Muslim family, many years later in particular show Chopra in his vintage form.
It is a film everybody should see not only for its cinematic merit but also to ponder as to why Bollywood had refused to touch this subject with a barge pole for so many years.