Book Review | LOVE WITHOUT A STORY: Poems By ARUNDHATHI SUBRAMANIAM 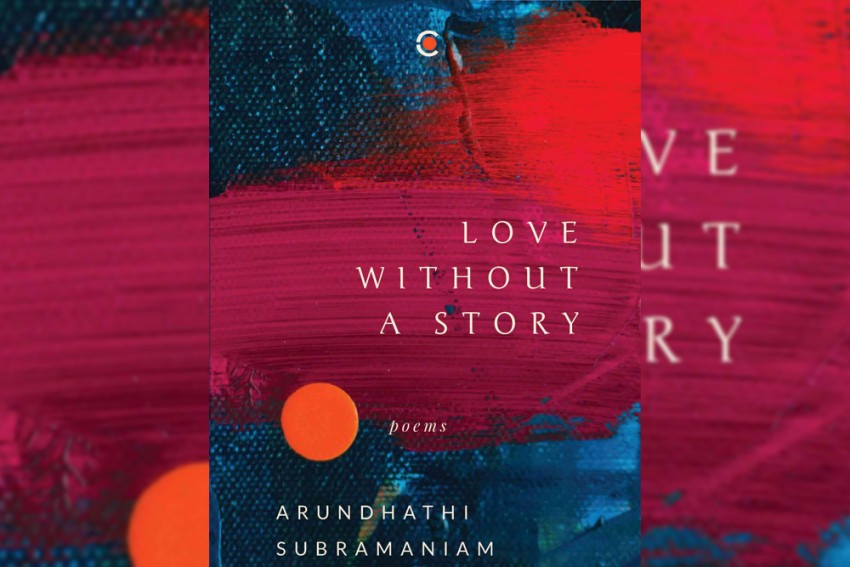 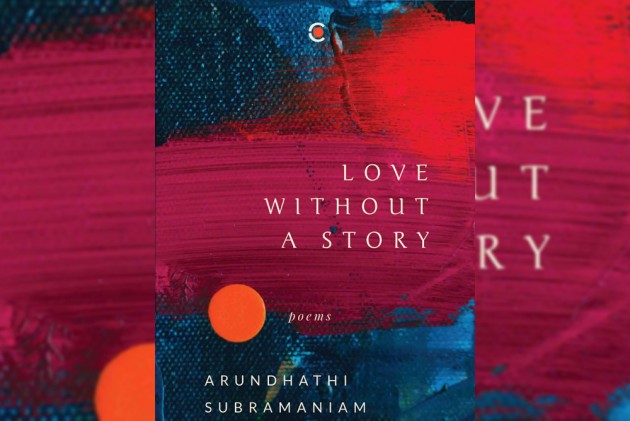 Arundhathi Subramaniam, the award-winning author of 11 books of poetry and prose, has to her credit many prizes and fellowships. Her previous collection of poetry, When God is a Traveller, was shortlisted for the T.S. Eliot Prize.

The dry words of Eunice de Souza, who was her teacher, serve to set the tone for these poems. ‘Best to meet in poems,’ says Eunice, wryly. This note of some sharpness, bluntness, irony and elusiveness sets the tone for Arundhathi’s poems.

Some poets use language to reveal. Others use language to conceal. Arundhathi seems to do more of the latter. In a poem I enjoyed, she seems to speak of a childhood memory of a sister’s home-coming, and she is composing a poem to greet her sister on her arrival.

“It was a rainy day in Bombay, so easy
to splice into the cypress groves
and briny Aegean breezes
of a classical spring
alive with lutesong
and given a chance today, I’d be ready
to hijack a school bus
and set full steam ahead
to Mystras or to Crete
and once there, to waft
back again on foaming lute waves
into a sleepy Bombay apartment
with its peepul tree and breezes from Oman.”

This has a reality to it and does not have the ambiguity of tone and matter, found in many of the poems in this collection. A favourite of mine is her poem Mitti, which tellingly reveals the relationship between humans and the moon:

I figured that the moon was a likely mud-gazer,
just as we are moon-gazers!
and so I uncovered
the old role of poets –
to be messengers
between moon and mud
and the great longing of life to hold
and be held.

In “The Fine Art of Aging,” another most original poem, where she reveals both humour and wisdom, she brings us the old wise woman of Tamil literature – Avvayar. But Arundhati brings a gritty disrespect and familiarity to this new version of Avvayar, divesting her of magic and mystery, making her the toothless crone next door!
“But she knows the journey
from goddess to gran,
sylph to hag,
prom queen to queen mum,
is longer than most,
more tortuous.”

“Fearless friend to gods,
ally of peasants,
counsellor to kings,
traveller of the darkest streets,
she walks the world alone.
And on such a path, she says,
Its best to be a crone.”
Pitiless, you might say, but true as mud, and ever so funny! “One way to outwit death, she says, is to invite it over. Wear it.”

Lovers end as photographs. Love without a story. Arundhathi must be one of the few poets who has tried the power of laughter and self-mockery, and found it satisfying! She’s no self-dramatising heroine. Heroines end up as grans anyway. She finds another way “to walk the razor’s edge”. knowing there’s no sadly or happily ever after. Arundhathi, who abjures goddesshood and magic and happily ever after, is more realistic about a memory of her mother seen through a keyhole:
“And that’s how I discovered
that keyholes always reveal more
than doorways.
That a chink in a wall
is all you need
to tumble into a parallel universe.”
I was reminded of Rhett Butler, the hero of teen-agers of another era, in Gone With the Wind: “Eavesdroppers often hear highly entertaining things!” he says to the furious Scarlett O’Hara.

Arundhathi may demystify the mystique of saints and goddesses, she may be content to accept Earth, “this lunatic suburb” as it is, but she recognizes also the monk who’s maintained silence for sixteen years was once a spare parts dealer who got tripped up by:
“the deepest pothole
he’s ever known.
too deep
to be called love,
that turned him into a spare part himself,
utterly dispensable,
wildly unemployed.”

Arundhathi realizes, in a later poem, that dying is hard work. As hard as birthing! But living may be learning how to die. Of the goddess Neeli Mariamman, she says:
"in the great garrulity of gods
she is silent.
She’ll never be the life
of the party
but she’s not concerned with the party
She is life –"

Christopher Fry once said that laughter is the surest sign of the genius of the gods. That laughter is in much evidence in Arundhati’s latest collection. She does not let us “go silent into that dark night.” But instead of raging, raging, against “the dying of the light,” she chooses ambiguity and laughter, and a sharp sense of humour as one of the best weapons to possess and employ, in life and in approaching death.