Congress, Shiromani Akali Dal, Aam Aadmi Party and the BJP-PLC-SAD(U) alliance have their top faces eyeing for the next Chief Minister post of Punjab. Let's take a look at who they are.

More from Priyam Shukla
View All

With the Aam Aadmi Party announcing Bhagwat Mann as its Chief Minister face for the upcoming Punjab state legislative assembly elections, the political equations of Punjab have seen a new addition.Apart from AAP, the Congress and Shiromani Akali Dal are also the stronghold parties in Punjab with popular CM faces in fray.On the other hand, the BJP-PLC-SAD(U) alliance is figuring out the most powerful CM face for its Punjab elections campaign. Let's take a look at the likely Chief Minister faces for the Punjab polls. 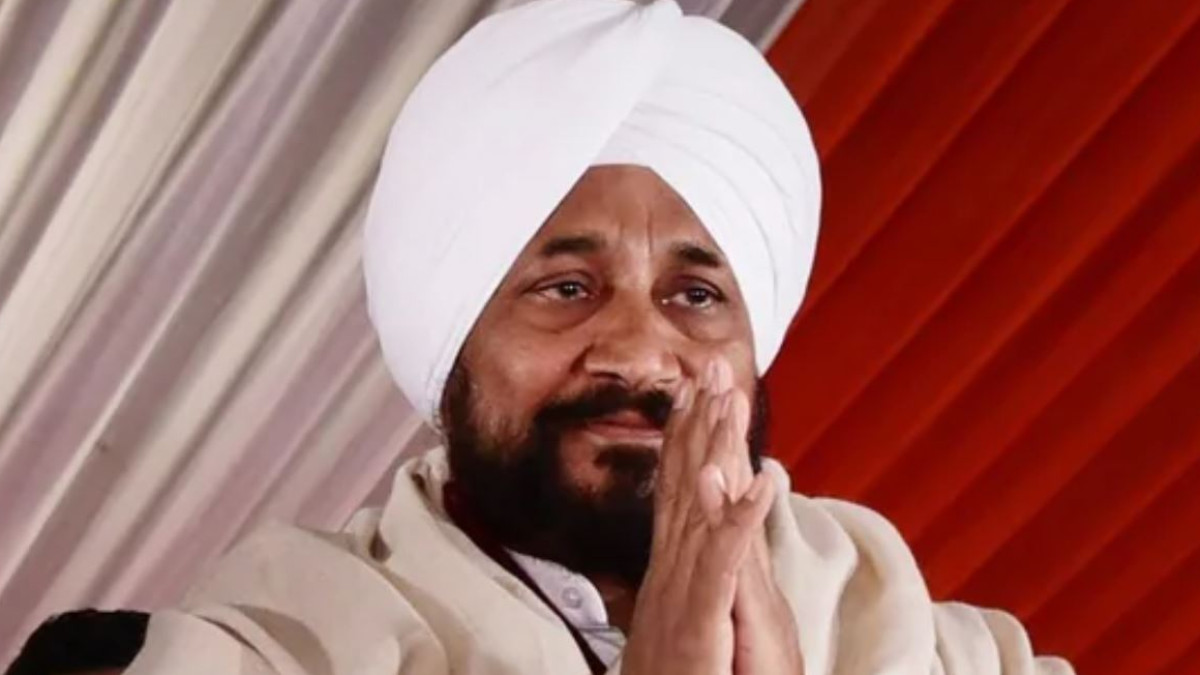 Charanjit Singh Channi, who is the current Chief Minister of Punjab, is a strong Dalit leader belonging to the Scheduled Caste. He is also Punjab's first Dalit Chief Minister. Post the resignation of Captain Amarinder Singh, his appointment by the Congress high command came as a surprise to many because he wasn't much influential outside Punjab. Since he was chosen over various other leaders of the party, he holds a firm ground to be the next CM face for Congress in Punjab.

The official handle of the Indian National Congress tweeted a video from Sonu Sood, whose sister has just joined the party, hinting the next CM face as Channi.

Sood said in the video that a backbencher should be made the Chief Minister. This hinted against one of the other potential Chief Minister faces of Congress, who has apparently tried his level best to rise to hold the stature, he currently does in the party - Navjot Singh Sidhu. 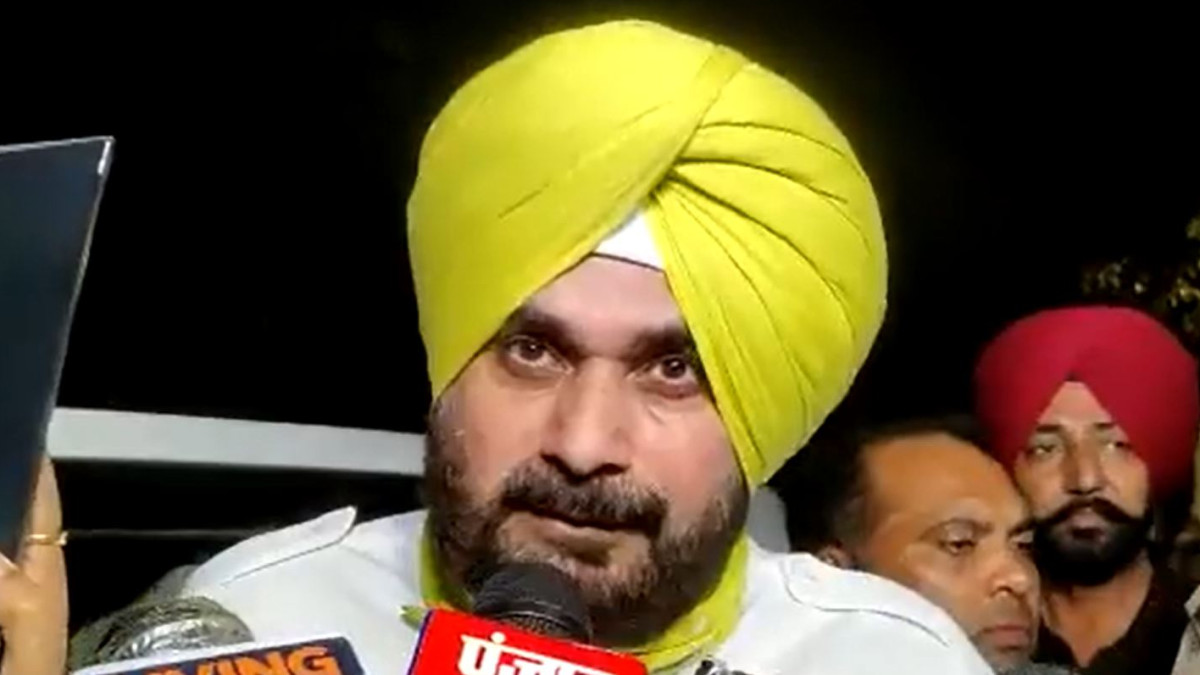 Navjot Singh Sidhu, the retired international cricketer from team India has carved a political career for himself. Not only that, he has appeared on various television shows and is also deeply connected with the entertainment industry. However, post his exit from the Kapil Sharma show, he hasn't make a big presence on the television but has rather focused on his political career. Sidhu began his political career with the BJP but later shifted to the Congress.

Much recently, he had a feud with the then Chief Minister of Punjab, Captain Amarinder Singh, post which, he submitted his resignation as the Punjab Pradesh Congress Committee Chief. His resignation was rejected by the High Command of the party and the matter settled down after the Chief Minister resigned from his post. 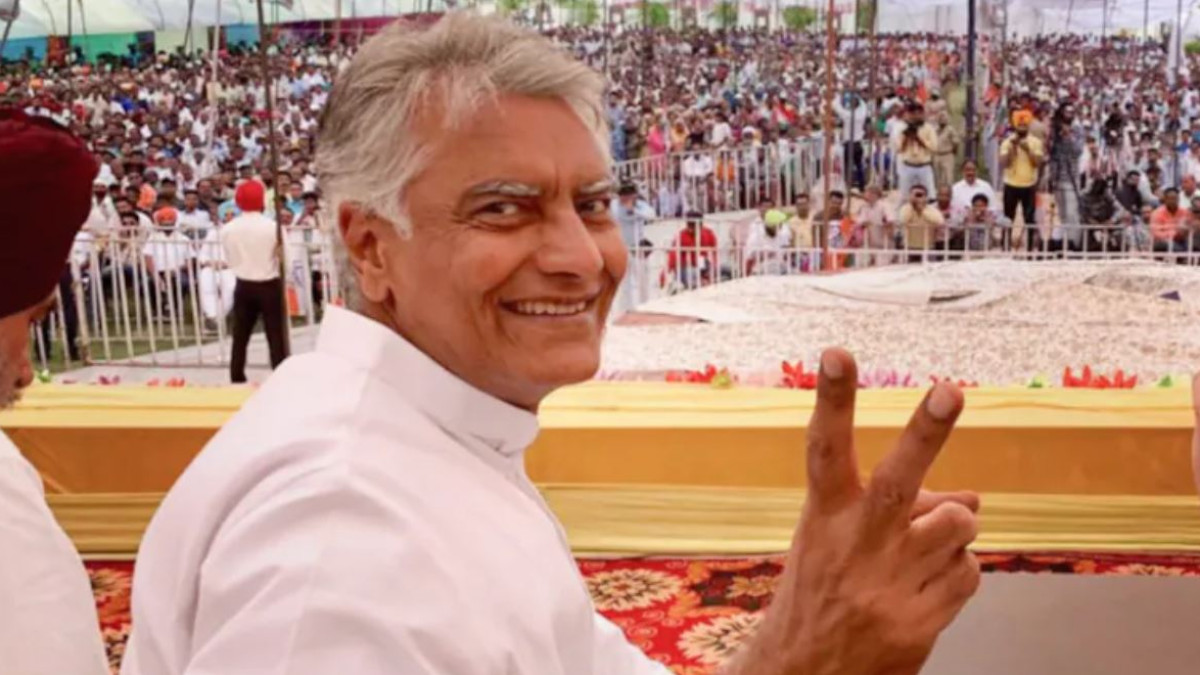 Another Congress poster man is Sunil Kumar Jhakar, a Lok Sabha MP from Punjab's Gurdaspur. He is the Congress party's campaign committee chief in Punjab but was missing in action for a while when he went on a foreign trip in the midst of such a crucial election campaign time. When the Prime Minister's vehicle had to be stopped due to an alleged security concern on a Punjab highway, he tweeted, "What has happened today is just not acceptable. It’s against Panjabiyat. A secure passage for the Prime Minister of India to address BJP’s political rally in Ferozpur should have been ensured. That’s how democracy works."

Whether the Congress party will consider him as a CM face is an inquiry only time can answer.

On Tuesday, the Aam Aadmi Party announced Bhagwant Mann as its Chief Minister face for the Punjab elections. He was the top contender along with Harpal Singh Cheema. For the process of selecting the candidate, the people of Punjab were asked to give their choice through SMS, WhatsApp or voice message on a mobile number provided by the Aam Aadmi Party till 5 pm on Monday. 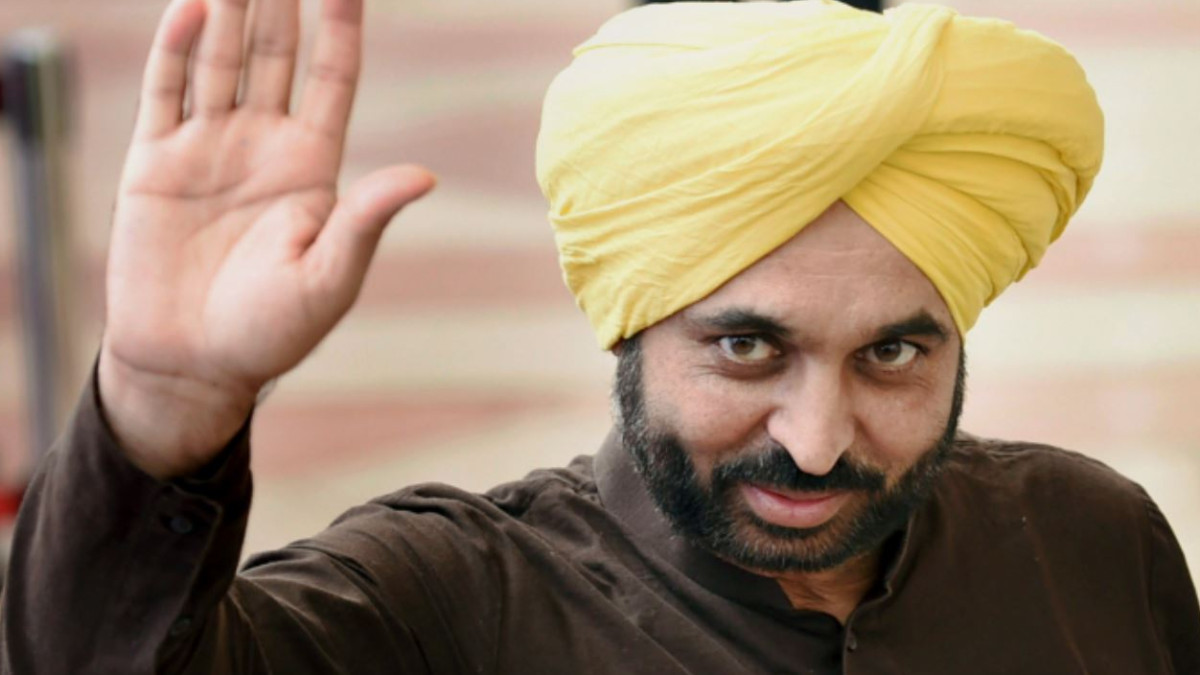 A former comedian, Bhagwant Mann appeared in the Great Indian laughter challenge's season 1, where he was judged by Navjot Singh Sidhu. He is a controversial figure in Indian politics. His political controversies like live-streaming his entrance into the Indian parliament only come second to his 'alcoholic' image in front of the Punjabi people. However, he announced in a rally that he took a new year's resolution of sobriety in 2019. 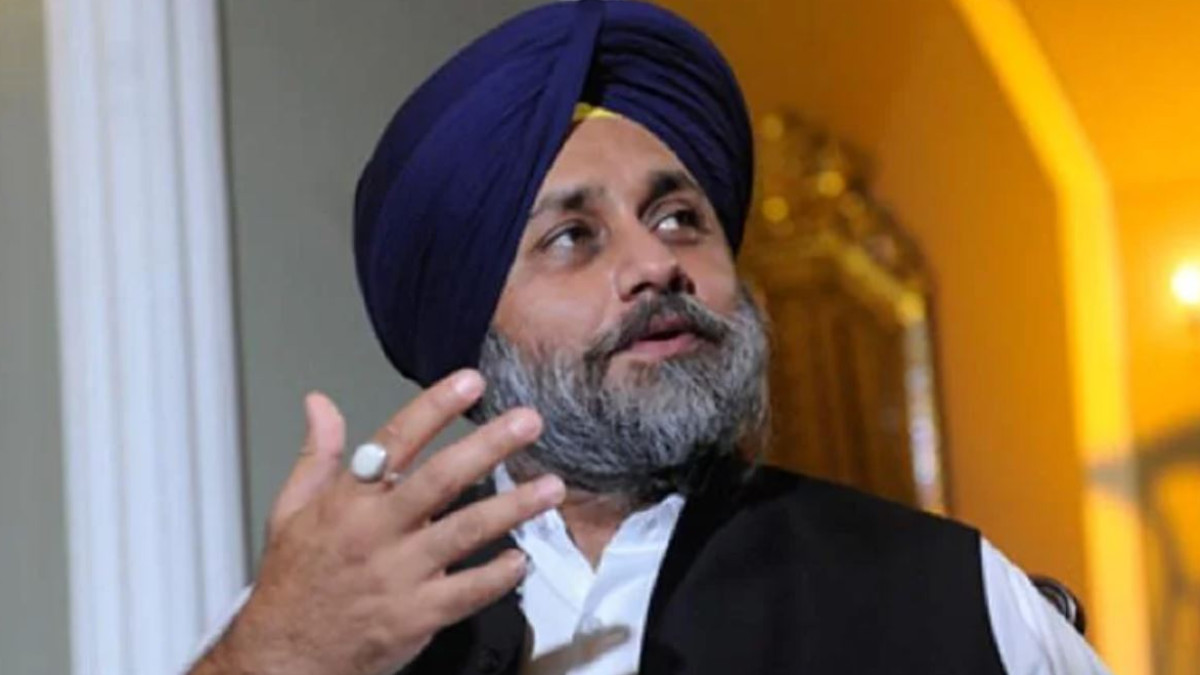 Sukhbir Singh Badal, the son of former Chief Minister Parkash Singh Badal and the party president is its most likely CM face for Punjab. Currently, a member of Parliament from the Ferozpur, Sukhbir also served as Deputy Chief Minister of Punjab from 2009 to 2017. With the timely exit of the SAD from the BJP alliance, starting with his wife, Harsimrat Kaur Badal resigning from the Union cabinet in 2020, the Badals are shielded from the haunting of the farm laws, which wreaked havoc in Punjab, and in the entire country.

The alliance between the Bharatiya Janata Party, Captain Amarinder Singh's Punjab Lok Congress and Shiromani Akali Dal (Sanyukt) will be fighting the Punjab elections against the other three major factions. The most influential leader in this alliance is Captain Amarinder Singh, the former Chief Minister of Punjab who resigned recently from the Indian National Congress. 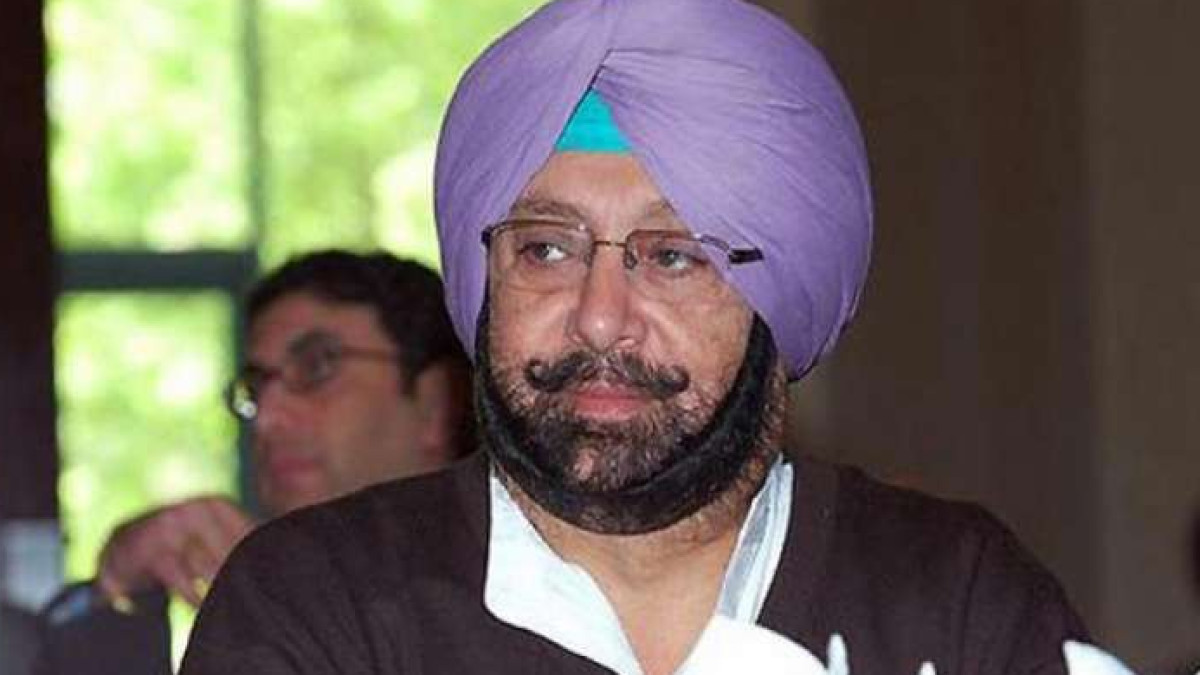 Captain Amarinder Singh belongs to the royal family of Patiala and is an Indian Army veteran. He was introduced to the Congress party by his school friend, Rajiv Gandhi but moved away, post the 1984 anti-Sikh riots. After his stint with the Shiromani Akali Dal, he joined the Congress back in 2009 and became the Chief Minister of Punjab in the 2017-2022 term.

However, his term could not be completed as he resigned from the party due to internal conflicts, most likely a power tussle. After he formed his own party, the Punjab Lok Congress, he openly criticised Navjot Singh Sidhu which led to both of them indulging in a statement fight in the media.

As influential as Captain's image might be, this alliance has not finalized on whom to project as their CM face because his winnability from his own seat is in question right now.