The event will be attended by the President of Sri Lanka Gotabaya Rajapaksa and a 125-member delegation which will include 110 Buddhist monks.

Buddhist pilgrimage destination, Kushinagar in Uttar Pradesh is all set to unveil its first international airport on October 20. Prime Minister Narendra Modi will inaugurate the airport which is expected to facilitate travel for Buddhist pilgrims. The event will be attended by the President of Sri Lanka Gotabaya Rajapaksa and a 125-member delegation which will include 110 Buddhist monks.

A maiden international flight from Colombo, Sri Lanka will be welcomed at the Kushinagar airport on the day. According to a statement issued by the Prime Minister’s Office, “The International Airport at Kushinagar, the Mahaparinirvana site of Tathagata Gautam Buddha, will be inaugurated by Prime Minister Modi on October 20. Ambassadors of various countries are to participate in this ceremony of international importance. A special delegation is also arriving from Sri Lanka. Keeping in line with ‘Atithi Devo Bhava’, necessary preparations should be made for the grand welcome of foreign guests.’'

The airport is likely to bridge a gap for Buddhist pilgrims who visit India. “It was a long pending demand that we built an airport at Kushinagar as it is one of the most important landmarks for followers of Shakyamuni Buddha. India has four main Buddist pilgrimage locations and Kushinagar is an important one. The others being Bodh Gaya, Sravasti and Sarnath. The fifth important location for Buddhist pilgrimage Lumbini is located in Nepal and it is close to Kushinagar,” Venerable Dr Dhammapiya, secretary general of International Buddhist Confederation (IBC) told Outlook. 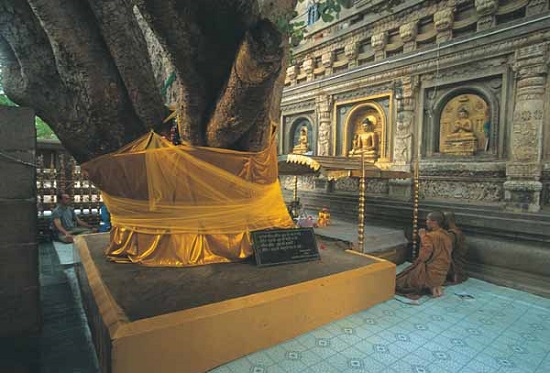 The inauguration on Wednesday morning will have aviation minister Jyotiraditya Scindia and Chief Minister of Uttar Pradesh, Yogi Adityanath among other attendees.

“An airport at Kushinagar was much awaited. Buddhist scholars and monks who regularly travel to India often want to cover all the important Buddhist destinations. This will close the circuit for such tourists. India’s rich Buddhist heritage is of an avid interest among Buddhists of South Asia as well as the rest of the world,” Arvind Singh, professor, School of Buddist Studies, Gautam Budh University, said.

“The inauguration of the Kushinagar airport is a landmark event for Uttar Pradesh,” Anil Kumar, Airport Director, Kushinagar, said.

The international airport at Kushinagar is spread over an area of 590 acres and boasts world-class facilities.