You can be professional about writing, but you cannot make writing a profession 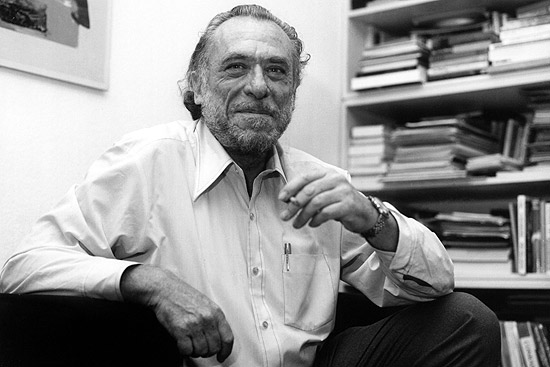 As someone who has never had a network, I considered myself an oddity until I came across these lines in one of Charles Bukowski's novels: "The worst thing for a writer is to know another writer, and worse than that, to know a number of writers. Like flies on the same turd.”" Now, Bukowski's novels have an exaggerated reputation for realism: anyone who knows anything about women would take them with a pinch of salt. And a six-pack of beer. But I am convinced that when Bukowski talked about writing — or drinking — the man was dead honest.

If he were alive today, he would be in for a shock. The network that writers need today does not really include other writers, or it need not. In order to be successful as a writer — really successful in commercial or literary terms — what you need is a network of editors, agents, publishers, festival organisers, socialites, and heavyweight reviewers. No, you do not necessarily need a backbone.

Hence, what you do is make a lot of radical noises — say, about human rights in Iran, or dying children in Gaza, or even the paucity of women's writing. These are good noises, either because the brunt of your radicalism will have to be borne by someone else, who might get his head hacked off for echoing your views, or because certain obvious advantages of representation will accrue to you. What you do not do is write an article like this one.

The evidence of it is all around you. Big publishers and agents spend more time giving talks at literary festivals than publishing or promoting good writing. Aspiring writers flock to these festivals not to listen to some major author — and in any case, as far as I am concerned, why listen to V. S. Naipaul when you can read him? — but to catch the eye of some publisher or agent.

But editors and agents nurture writers, I am told. I even read about it at times. For instance, recently there was this dedication in a bestselling novel, where the author thanked her agent who, she wrote, camped in her garden time and again and talked her through her many doubts. I have also seen some bestselling authors being accompanied by their editors or agents at literary festivals. Now, I have always gotten along with my agents — and one of them is a friend, though we have met only once, thankfully. I have also gotten along with my publishers and editors. But I am sure if I were to drop dead tomorrow, most of them would not even bother to read my obituary the next morning. I have not met most of my agents and publishers, and I am sure they will never camp in my garden. I respect them for that. Agents, publishers, editors do not nurture writers, Blue-eyed Rookie; they nurture their profession. They do a job. They will hold your hands from here to eternity if you are selling in the millions. If not, they will, given the nature of their profession, let you walk to your particular hell on your own. The only time they might not do so is when you are part of their network. See? So forget about writers — unless, of course, they are part of that network too. Cultivate editors, socialites, publishers, agents, opinionated reviewers with Oxbridge-type connections. As they say, class matters.

Now, if you have a literary backbone, you might not wish to hang around with publishers, editors, and agents, who are all lovely people but not that different from CEOs, doctors and teachers. You might be drawn to the flies on the turd. For, in Bukowski's words, the turd is the world, and surely it is the world that you would want to write about. You might be too proud — not of yourself but of your vocation. This would be disastrous.

The one thing that is common to all professions is self-importance. As someone who has been earning his living disguised as an academic for almost two decades now, I know this: I have met more than my share of academics who have published one obscure little book, or maybe not even that, but strut around full of self-importance because they have pulled the right institutional strings and become, say, a dean. Yes, that is the other thing that is common to all professions — institutional prestige.

Real writing does not recognise institutional prestige. I know that there are many retired judges and even some top CEOs penning bad poetry to loud local acclaim — and they do not see this. There is nothing wrong with belonging to an institution: you can be a plumber, doctor, judge, or professor. The danger is in letting your institutional power fool you into thinking that you are a powerful writer. That is another reason why writing cannot be a profession. You can be professional about writing — or you can be Bukowski, for that matter! — but you cannot make writing a profession.

But it is a losing battle. It is a lonely battle. Finally, you are alone — with Bukowski's turd. The party is on elsewhere. It will always be on elsewhere. No wonder Bukowski drank. No wonder we still read him.

10 Lessons From The Google Workplace