I returned last year to India after seven years in the United States, in NYC. Since then, I'd been living in Bangalore, Bombay and New Delhi, in that order. I wanted to, as the Talking Heads song puts it, "find myself a city to live in". 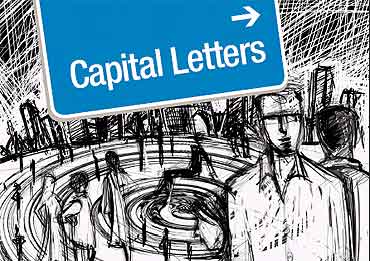 In July, Delhi returned to the desert. The loo left a fine powder on everything: the trees in front of the house, the clothes hanging out to dry, the living room floor. I stayed indoors, timing my excursions for early or late in the day. The heat was enormous, a blur. At one point, I felt myself coming unhinged. I was working for several hours a day in a room without airconditioning. I sensed I was on the verge of delirium or hysteria. Then the weather changed: rain arrived, scant showers that soaked the city in moisture. And I began to feel very much at home; extreme weather was a fact of life in New York as much as New Delhi.

I returned last year to India after seven years in the United States, in NYC. Since then, I’d been living in Bangalore, Bombay and New Delhi, in that order. I wanted to, as the Talking Heads song puts it, "find myself a city to live in".

Bangalore, where my parents lived, was a kind of toy town with ambitions that had outgrown its tiny cantonment thoroughfares. In the evenings, M.G. Road was unrecognisable under its cover of smog. The traffic jams were fierce: the 15-minute drive from the airport home now took more than an hour. Other jams were worse. It took nine trips to the RTO to get myself a driving licence. In the US, Bangalore was synonymous with India’s economic boom. But here, outside the manicured confines of the IT campus, all was chaos and somnambulance.

I went to Bombay, and found myself amazed that I had lived there for 15 years in the 1980s and ’90s, and liked it. Travel was a blood sport. And because it took more than two hours to commute to the city from the suburbs, driving often left me incapacitated. There were new highways, but they were built on top of endless slums. You had to shut your eyes to live, which Mumbaikars did: the parties went on all night, every night.

By default, it seemed, my wife and I ended up in New Delhi, where the streets were wide and tree-lined, the houses spacious. And there was the architecture, the 16th- and 17th-century monuments that straddled street corners as casually as billboards did the streets of other cities. History was everywhere, a part of the city’s life. Living in Nizamuddin East, I am a short walk from Humayun’s Tomb. There are public spaces wherever I look.

So—in this magazine’s first sample issue—I was surprised to come across a writer who dismissed the Ansal Plaza mall as "all about the mediocre aspirations of the middle class". In the middle of Ansal Plaza is an amphitheatre-like space colonised by many people. Here, class distinctions can be set aside: everybody aspires together. It’s not as hip as Tompkins Square Park, but it unites a random collection of city-dwellers in a rare kind of communion. There’s nothing mediocre in that.