Supporters Rally Outside Saudi Consulate For The Release Of Jamal Khashoggi

Saudi Arabia will allow the Turkish government to search the Saudi Sovereign Territory. 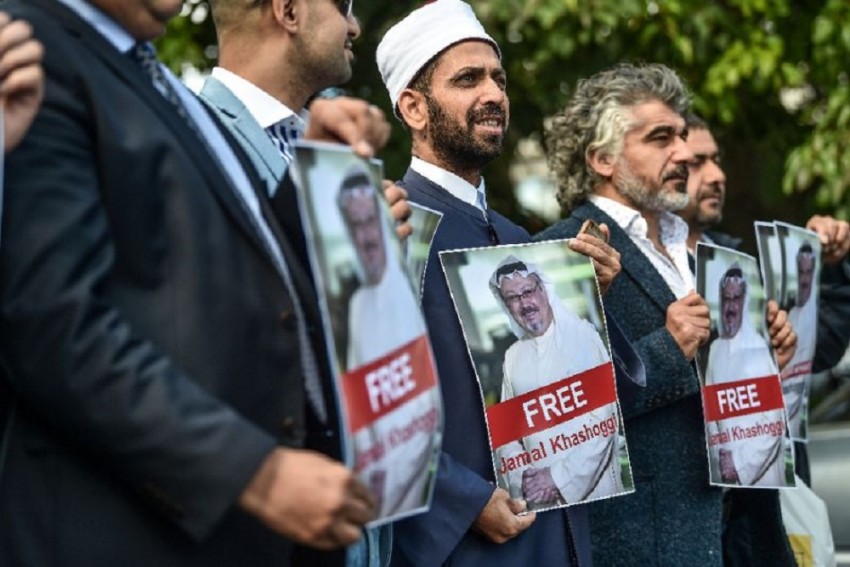 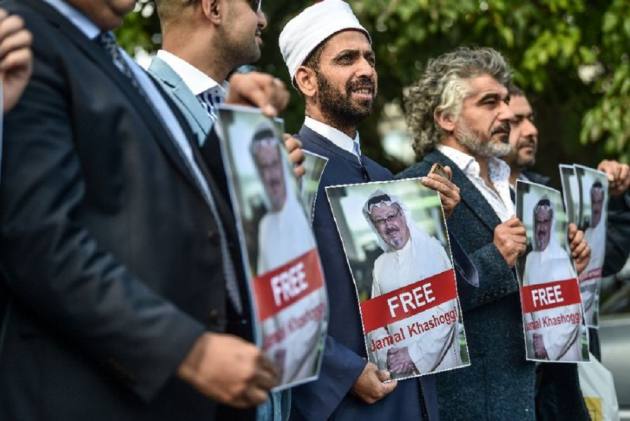 A Saudi columnist, Jamal Khashoggi went missing on Tuesday when he went to the Saudi mission to receive an official document for his marriage. Supporters of the Washington Post columnist rallied outside the Saudi consulate in Istanbul calling for his release despite Riyadh's denials that he was being held there.

The Turkish-Arab Media Association (TAM) organised a rally in front of the consulate for Khashoggi, a former government adviser who has been critical of some policies of Saudi Crown Prince Mohammed bin Salman and Riyadh's intervention in the war in Yemen.

He has lived in self-imposed exile in the United States since last year to avoid possible arrest.

The crown prince told Bloomberg that the journalist was not inside the consulate and said he was ready to allow Turkish authorities to search the building.

"We are ready to welcome the Turkish government to go and search our premises," he said, which is Saudi sovereign territory.

He added, "We will allow them to enter and search and do whatever they want to do... We have nothing to hide," he said an interview published on Friday.

According to Khashoggi's fiancé, a Turkish woman called Hatice A. went to the consulate and never re-emerged.

Ankara and Riyadh have given contradictory versions of the circumstances of Khashoggi's disappearance, with Turkish officials saying they believed he was still inside the consulate. But Saudi Arabia claimed he had entered and then left the mission on Tuesday.

"As journalists we are concerned by the fate of Jamal. We do not know if he is alive or not, and the statements by Saudi Arabia on the subject are far from satisfactory," Turan Kislakci, a friend of Khashoggi and TAM chief, said in a statement to supporters.

As Kislakci spoke, supporters held up images of the journalist, with the words "Free Jamal Khashoggi".

"We believe that Jamal Khashoggi is the consulate's 'host' and call for his immediate release, or to tell us where he is," Kislakci added.

Yemeni activist and 2011 winner of the Nobel Peace Prize, Tawakkol Karman, hit out at the Saudi authorities and said that she believed Khashoggi was kidnapped in a gangster's den that is supposed to be a consulate.

"What we want is Jamal Khashoggi's release. He entered the building of the consulate, he has to come out of there safe and sound. And the Turkish government must assume its role and deal with the case of Jamal Khashoggi because Turkish sovereignty has been violated," she added.

Human Rights Watch called on Ankara to "deepen their investigation" into the journalist's whereabouts, saying his possible detention could "constitute an enforced disappearance" in a statement late Thursday.

"If Saudi authorities surreptitiously detained Khashoggi it would be yet another escalation of Crown Prince Muhammad bin Salman's reign of repression against peaceful dissidents and critics," Sarah Leah Whitson, Middle East director at HRW, said.

Amnesty's Maalouf said that the incident sends a petrifying signal to the kingdom's critics and dissidents.