Home  »  Website  »  Sports  »  WTC Final: Who Is Michael Mason, And Why New Zealand Decide To Name Test Mace After Him

WTC Final: Who Is Michael Mason, And Why New Zealand Decide To Name Test Mace After Him

Crowned the world Test champions after a two-year grind, the New Zealand players let their hair down as they celebrated the emphatic eight-wicket win over India 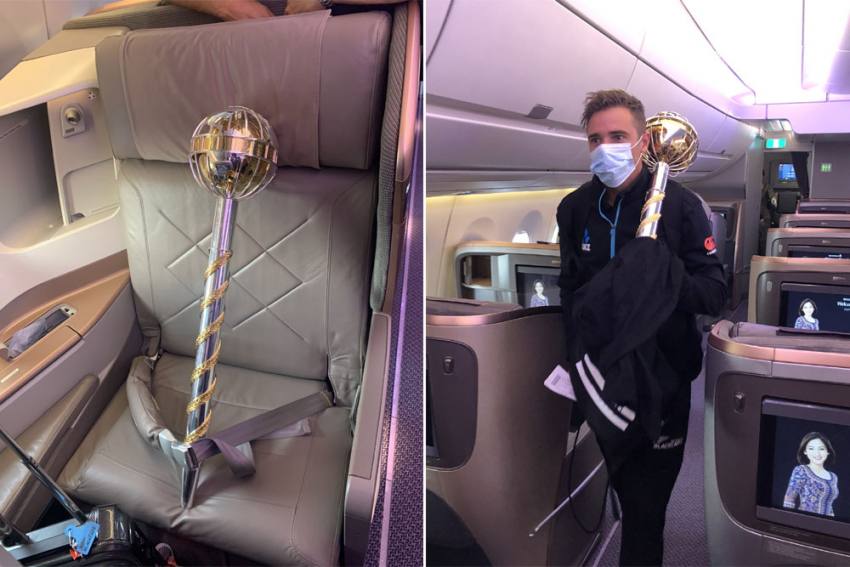 'Michael Mason' getting a seat of its own as New Zealand pacer Tim Southee poses with the ICC Test match.
Composite: Twitter Screengrabs
PTI 2021-06-25T11:11:43+05:30 WTC Final: Who Is Michael Mason, And Why New Zealand Decide To Name Test Mace After Him 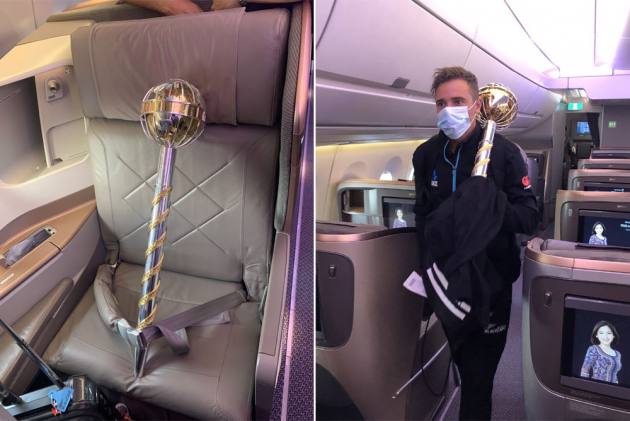 They pushed themselves hard to win the title and it was only fair that the newly-crowned world Test champions New Zealand pushed the "boat out a little bit" more while celebrating their momentous triumph before heading back home. (More Cricket News)

Crowned the world Test champions after a two-year grind, the New Zealand players let their hair down as they celebrated the emphatic eight-wicket win over India. They even gave the mace a nickname -- Michael Mason, incidentally a former pacer who represented the country in just one Test.

"We had a great night. The guys were obviously pretty chuffed after a fantastic game of cricket ... you combine such a special moment after two years of hard work ... it was fitting to push the boat out a little bit," captain Kane Williamson was quoted as saying by 'stuff.co.nz'.

Asked about his health the morning after the celebratory night, the likeable captain said, "My version of that might not be the same as some others… I feel OK."

Till when did it go on? Williamson was uncertain.

"I don't think I was the last man standing, so I'm maybe not the person to ask," said Williamson who was at the crease for more than seven hours altogether in the final, scoring 49 and 52 not out against India's quality bowling attack in difficult conditions.

"The boys are ecstatic. There's been a mixture of emotion and jubilation. Once we get home and through quarantine, we'll hopefully continue the celebrations."

Boult's bowling partner, Tim Southee, had the mace as they boarded the plane home.

"Last night was brilliant. To get the job done after it went down to the wire on day six was very special. There was some emotion for the boys in the camp. There was a fair bit of frustration with the (bad) weather around," said Southee.

"It's been hard to gauge the reaction from back home because we're so far away, but I'm sure there is a lot of emotion and a lot of pride.

"The messages have been flying through. We can't wait to get home and celebrate with everyone."

Jimmy Neesham, who plays for the Black Caps in ODIs and Twenty20 cricket, tweeted his concern about drinking out of the mace.

"I only really have one problem with the World Test Championship and that's how the hell are you meant to drink out of a mace," he said.

Williamson though will not witness the reception of the players at home and the subsequent celebrations as he will stay back in the UK to play in The Hundred with Birmingham Phoenix, scheduled to start on July 21.